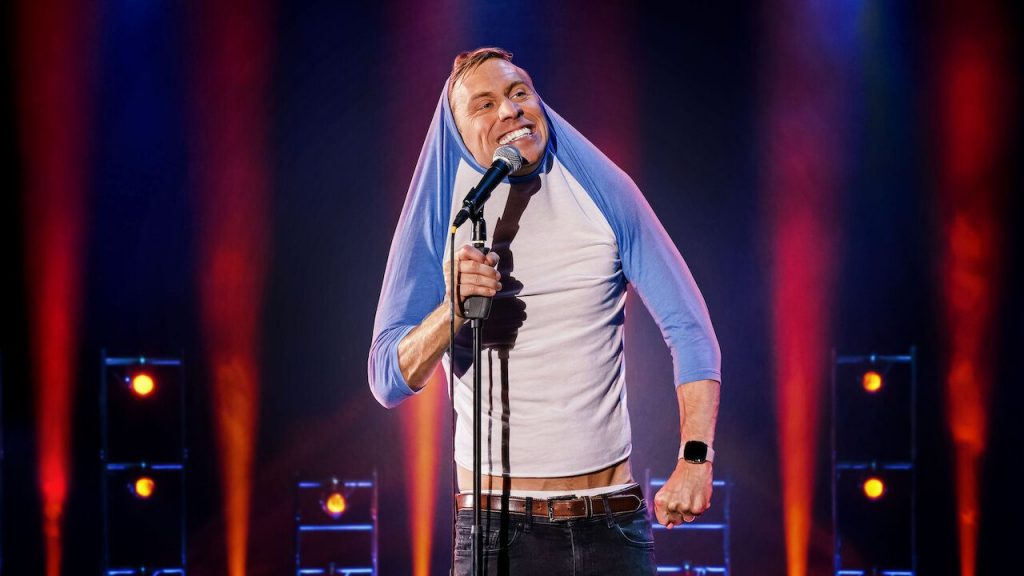 Russell Howard’s return to Netflix finally has a release date. The British comedian is set to release a stand-up special, Lubricant, and a companion documentary, Until the Wheels Come Off, on December 14. This combined release, which is noted to be the first of its kind, will mark Howard’s return to Netflix since the release of his 2017’s stand-up special, Recalibrate.

The comedian is widely known for his comedy news shows – BBC’s Russell Howard’s Good News and Russell Howard Hours which currently airs on Sky Max in the United Kingdom. Beyond his TV shows, Howard has had a lengthy career in stand-up as well. Unsurprisingly, his career was affected by the pandemic and lockdown, and this documentary will chronicle Howard’s attempts at finding gigs after being initially slated to go on what had been described as the biggest tour of his career throughout 2020 before the pandemic hit.

The documentary will also follow the comedian as he tackles major life changes, including 18 months of less than traditional gigs and shows, eventually, leading to the taping of the new special, Lubricant, which was filmed in September at the Apollo Theatre in London.

Howard is also listed as an executive producer on the special, alongside Jon Thoday, James Taylor, and Richard Allen-Turner, who also produced Until the Wheels Come Off. The special and documentary are produced by Avalon Television which also produces Breeders, Last Week Tonight with John Oliver, Taskmaster, and Sh**ged. Married. Annoyed.

The announcement of Lubricant and Until the Wheels Come Off comes as a pleasant surprise as Netflix has notably cooled off on their stand-up special releases over the past year. This is largely due to the logistics involved with filming with live audiences in recent times. However, Lubricant will be joining a catalog of over 250 original stand-up specials from the digital giant. This is not to say Netflix has retired its stand-up comedy game plan, as they are still aiming to release specials from comedians such as Jo Koy, Ricky Gervais, Ali Wong, Chris Rock, Hasan Minhaj, Mike Epps, Gabriel Iglesias, and Tom Segura, among others.

Howard will be returning to the road in 2022, touring both Europe and North America, and will visit 5 continents, 24 countries, and 79 cities, with several venues already impressively sold out. The comedian has released a sneak peek of the comedy special, giving fans a glimpse of what to expect. Check out the teaser below and tune in for Lubricant and Until the Wheels Come Off on December 14, exclusively on Netflix: