I Love My Dad 2022 Movie Review
Skip to content 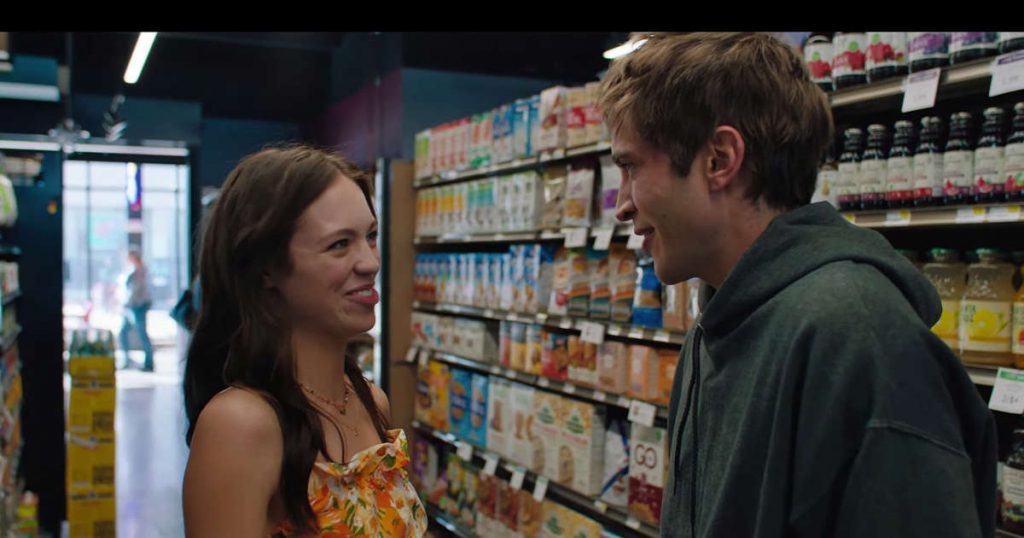 I Love My Dad is a sort-of Cyrano for the internet age, a scabrous comedy of embarrassment and bad parenting. After his micro-budgeted 2018 directorial debut with the little seen-Threesomething, writer-director-co-star James Morosini returns with a swiftly paced second feature that provokes plenty of laughs, often at the expense of its hapless characters. But what viewers will remember most here is Patton Oswalt in a genuine starring role that’s a strong candidate for worst dad of the decade.

This is a slick comedy of discomfort, some of it quite extreme, and the prime instigator is Oswalt’s Chuck, a middle-aged, out-of-shape, fast-talking screw-up who has not exactly provided a swell role model for his son Franklin (Morosini). Time-outs are usually assigned to children, but in this family’s case the culprit is invariably the dad, a fast-talker and videogame freak who’s always full of excuses as to why he hasn’t pulled his weight or been there when needed. If there were ever a strong leading candidate for being canceled for any number of reasons, it might well be this irresponsible jerk of a father.

But comedy is often full of people you would steer clear of in real life and yet are most welcome onscreen, and so it is with Chuck, mainly because Oswalt is so good playing an obnoxious cretin. Blocked on social media from contacting his son, the truculent fellow “catfishes” Franklin online and impersonates a waitress, the attractive and exuberant Becca (Claudia Sulewski). Captivated by her looks and friendliness, Franklin takes the bait and it isn’t long before Chuck has agreed to drive Franklin up to Maine to meet the young online lady, despite realizing that in doing so the gig will be up and he might well be rejected by his son forever.

About 40 minutes in, I Love My Dad becomes a road movie and the drive is awkward, to say the least. In dexterously rendered farcical scenes, Chuck lies and obfuscates and makes stuff up, digging himself ever deeper into a hole of lies (and false hopes for Franklin) as the journey progresses toward inevitable moment when the ruse will be exposed. The double-edged sword of Chuck’s charade proves quite effective dramatically; Morosini has obviously done his homework in figuring out how to triple and quadruple the consequences of lies and avoidance in a farcical context, and the immediacy of the internet only further jacks up the suspenseful possibilities the closer the prank comes to being exposed.

As in any elaborate charade—and the film is nothing if not intricate in the way it embraces digital media as a dramatic and comedic tool—the revelation of the truth is postponed as long as possible, and quite cleverly so. Electronic media is neatly used so as to show rather than to tell, and when the ruse is at long last up, things are resolved in a way that’s the opposite of neat and pat; in fact, the wrap-up is unexpected in its emotional honesty, a surprise given the extreme outrageousness of what’s come before.

One must salute Morosini for the way he’s finessed the construction of this madcap comedy; what one imagines might settle into the groove of a vulgar and obvious farce actually becomes a comedy with a brain and a heart as well, a feat not easy to pull off, especially in a genre in which many filmmakers are content just to get cheap laughs. And he’s done more as well, showing that Oswalt can carry a film as well as dispense mordant and sometimes nasty humor at will.