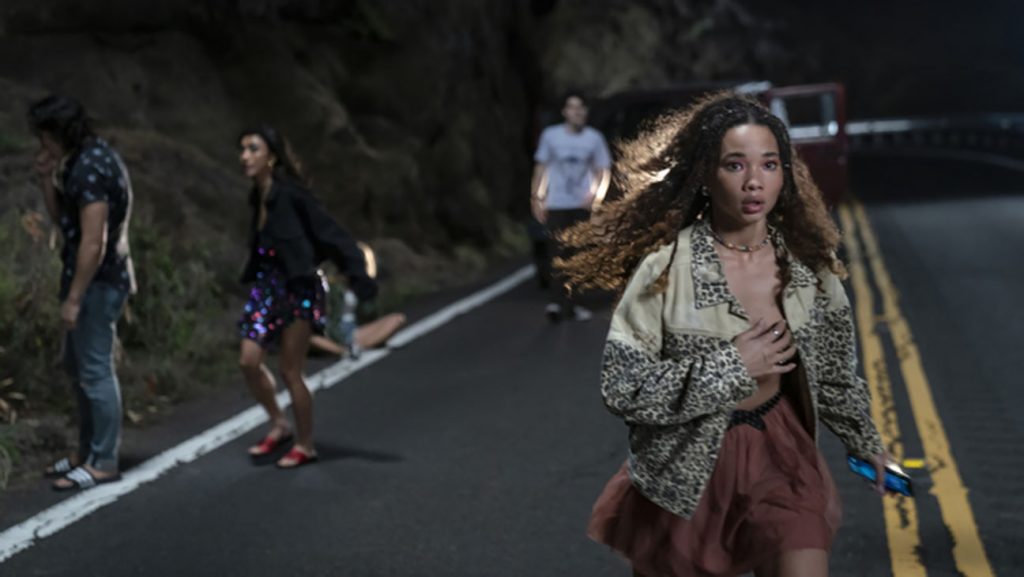 Since Lois Duncan published her enduringly popular YA murder-mystery I Know What You Did Last Summer in 1973, unto every generation a new version is born. Adolescents in the 70s had the book, while 90s teens had the film starring Jennifer Love Hewitt, Sarah Michelle Gellar, Ryan Philippe and Freddie Prinze Jr. While it was a classic of the post-Scream slightly-meta-slasher boom, director Jim Gillespie noted that about two-thirds of the young women auditioning for parts had read the book as children.

Now, as befits the streaming age, it has been retooled as a 10-part series for Amazon Prime. It still centres on a hit-and-run accident perpetrated one summer by a gang of teens, and the serial killer who stalks them a year later. Once again, they must race to uncover the stranger’s identity as he or she picks off the perpetrators and assorted peripheral characters, one by bloody one. This version gives the accident a pleasing new twist. You might need a brain slightly younger and more flexible than mine to grasp its every ramification and to follow all the flashbacks and flash-forwards. But whatever level you’re operating at, it’s a nice turn of the screw that adds tension to the plot and complexity to the loyalties of the manslaughtering band. That in turn makes them fissure in more unexpected ways, as the unknown assailant circles ever closer. He or she doesn’t appear to have a hook in their hand this time, although that turns out to be a brief respite once we see the alacrity with which they are able to weaponise items in the surrounding environment.

The new I Know What You Did Last Summer gang is comprised of antagonistic twin sisters Lennon (a bright party girl about to go off to college) and Allison (an introverted, at least in American teen TV terms, straight-arrow who has retreated from life since their mother killed herself 10 years ago); Dylan (a sweet if neurotic boy, yearned for by Allison and whom Lennon seduces virtually in front of her); Johnny, who gets engaged to their high school coach Eric and who both soon fall victim to the truth set in celluloid that homosexuals are expendable; Margot (BBF-with-benefits of Lennon and in unrequited sorta-love with Johnny); and wrong-side-of-the-tracks Riley, their drug supplier and another yearner for Dylan.

High as kites after a party, they run over and kill one of the twins and dump her body in the cave beneath the clifftop where their mother died as – it seems – part of a cult. I like it when teens put the work in and don’t leave an easy gothic point unscored. Riley thinks she might have heard the body exhale as they leave the cave but – with the admirable insouciance of youth – doesn’t go back to check.

After that, we’re off and running through a pacy plot offering plenty of potential killer-candidates, before the gang’s focus narrows to one seeming impossibility, and inventive deaths (I’d avert your eyes from Coach Eric – you’ll know when). There are plenty of blood and guts besides (we begin with a dripping goat head in a wardrobe and escalate rapidly from there), and a lightly-S&M relationship between Allison and Lennon’s father and the local police chief that, given the number of secrets the former is carrying about his daughters, would seem ill-advised.

It’s propulsive and fun, but manages to deliver the nonsense and jump scares with just enough emotional and psychological realism – especially as the friends start to suspect each other – to keep us invested.

Think of it as a kind of Gossip Girl with gore and credible characters, capable of offering the younger audience at which it is aimed an unexpected series of implicit questions about how well we know ourselves, each other, and what each of us might find ourselves capable of doing if truly tested. The whole thing is joyfully addictive, and done with brio and style. Overall, it provides that very particular and vanishingly rare sense of pleasure that comes with knowing you are watching something that is just that bit better than it needs to be.