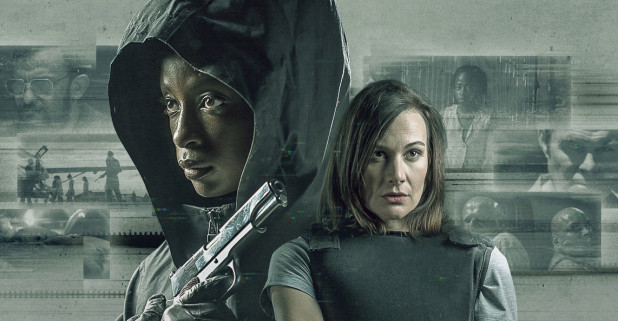 Human trafficking is described as the procurement, transportation, relocation, harboring, or receiving of people for the purpose of benefit by coercion, fraud, or deceit. This violence, which happens in every area of the world, will affect men, women, and children of all ages and backgrounds. To deceive and coerce their victims, smugglers often use intimidation, bogus employment agencies, and false promises of education and work opportunities.

You might be thinking how this is related to I am All Girls. Go through the review below and you’ll get to know the story behind it.

“In 1994, Johannesburg, South Africa, Gert de Jager abducted six who were never found. After his arrest, he confessed on tape. The Apartheid government refused to release it.” That’s the first line of I Am All Girls, luring the viewer in with a true-to-life plot.

A background score is present from the beginning of the film, which speeds up the pace and prepares the viewer for what is to come.

The film is not a traditional crime story; rather, the plot unfolds in such a way that the viewer realizes who is responsible for the murders as the protagonist tries to close the gap. The subject matter and concept create considerable interest and awareness.

It primarily tracks Jodie (Erica Wessels), a special crime detective with a hunch: following a string of murders, she believes the serial killer is dropping clues to aid officials in bringing down a massive child sex trafficking operation.

The best part of the movie is Jodie’s determination to apprehend the sex traffickers against all odds. The odds depicted in the film are not uncommon for the lead detective, particularly if she is a woman. The managers are against the ways and want her to take a break, while her co-workers are supportive but constrained by the scheme, so she has to deal with skepticism from both sides. Nevertheless, what makes her likable is her deep and bold conviction, which the directors have vividly depicted.

What we loved about the film was that it was not heavy on action scenes or gunshots, but rather on feelings, which were conveyed through the faces and eyes of both lead actresses. The chemistry between them is quiet, but it speaks volumes.

I Am All Girls on Netflix depends on viewer support; you cheer for Jodie as she uncovers a horrifying world of horrible acts and greed.

The film’s only flaw is that it lacks any sense of suspense or anticipation. It’s a simple tale that unfolds in a series of events, one after the other, but it manages to elicit a sense of intrigue or suspense. It could have been an out-of-the-park movie if they had done so.

I Am All Girls vividly depicts the ugliness of child sex slavery and the fear that has been institutionalized in certain parts of the world. It’s a topic that can’t be avoided because it’s heinous and brutal for those whose families have become victims of such atrocities, and it also provides opportunities for more crimes to occur around the globe.

The film’s distribution assures that the viewer knows how powerful these syndicates are and how they can really take a toll on those attempting to track them down. Director Donovan Marsh intentionally leaves things as murky as possible.

Despite its flaws, the film is a respectable affair that can provide audiences with a satisfactory experience. This film deserves 6 out of 10 stars and we support it because of the subject they’ve chosen and the fact that they’re not overly sexifying the theme with nudity. The creators kept the subject’s sanity and produced a good product.