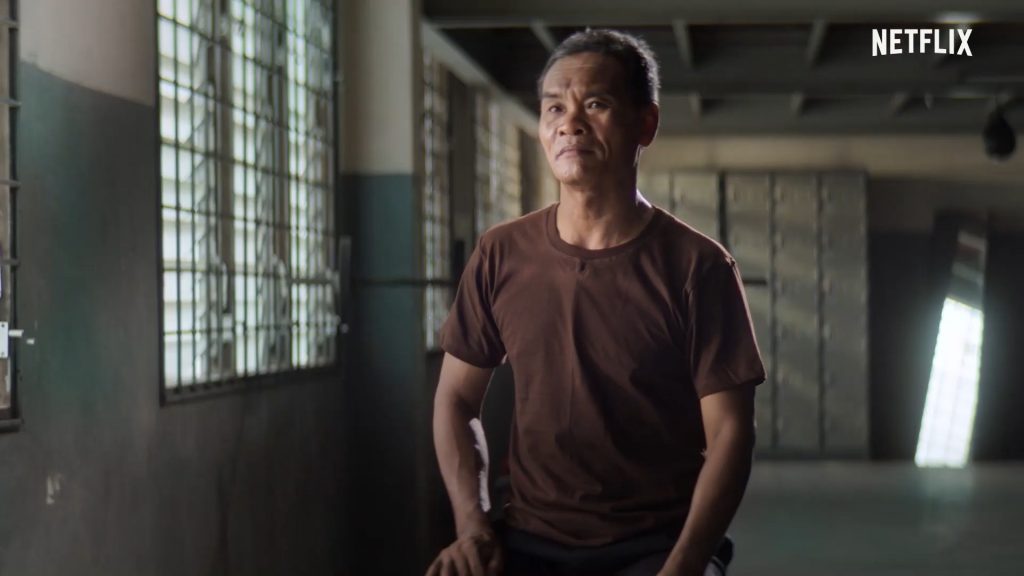 A lone figure stands in the dark tunnel of a boxing arena, smoking a cigarette, as a voiceover describes the inextricable link between Thai boxing and gambling, and the dangerous stakes that relationship creates. The camera then cuts to two young boxers competing in the ring in front of a crowd of cheering “gurus”, the bettors who drive the sport’s popularity.

Hurts Like Hell isn’t quite a documentary, and it’s not quite a scripted drama either–it’s a little bit of both. The four-episode miniseries, which purports to be inspired by real-life events in the world of Muay Thai, takes an interesting approach, blending fictionalized storylines of figures set in and around the sport with on-screen interviews from real-life figures talking about the sport’s reputation, risks and rewards. In the first episode, we learn about the sport’s extremely close relationship with gambling, and view the consequences for a young gambler whose ambitions seem poised to get him in serious trouble.

The odds can shift quickly, we’re told. In the first of four episodes in this anthology-like miniseries, a young gambler’s story is used as a proxy to explain how tightly linked Muay Thai is with gambling. 98% of the fans are gamblers, we’re told, and though much of the episode’s runtime takes place during a fight, the focus is only tangentially on the boxers themselves. The fighters are little more than a plot device, practically faceless and referred to only by the colors of their trunks–red and blue–while the real action takes place in the grandstands, as so-called “boxing gurus” bark out their bets in the rapidly-changing odds of the in-progress fight. The mechanics of such betting are a bit hard to follow, but the drama of it isn’t. It’s clear that our would-be protagonist, Pham–a young man with dreams of opening a boxing gym but not enough money to make it a reality with a baby on the way–is in over his head as he decides to “play” against a high-stakes gambler with a fearsome reputation.

The show spends just enough time investing in Pham’s character for you to really feel the drama as the fight swings back and forth, his bets against the whale growing as the odds see-saw back and forth. It’s gripping action, underpinned by a heavy feeling of dread that something could go horribly wrong at any point.

The documentary portions of the show is an interesting way to provide context for the many viewers–myself included–who don’t have a strong working knowledge of the world of Muay Thai, but I found them distracting at times. The story that makes up the first episode could easily have been expanded to a feature-length movie, and the awkward cuts back to the various talking heads can feel like they’re pulling you away from an otherwise well-crafted drama. There’s good insights in these interviews, though, and the format begins to feel more natural after an episode or two.

The ensuing episodes drift into other aspects of the world of Muay Thai, and other representative characters–a crooked referee, a young fighter looking to escape poverty, and so on–while maintaining the documentary format.