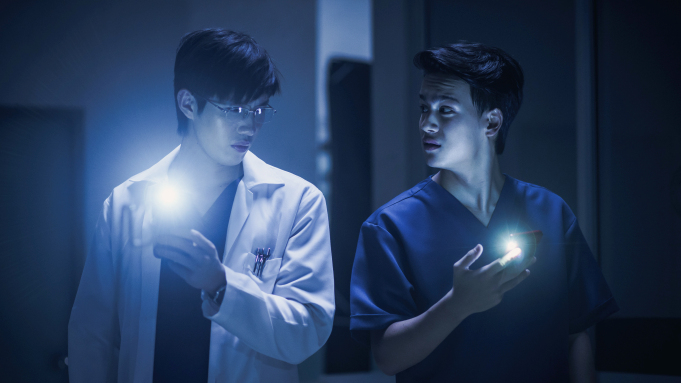 Streaming giant Netflix has picked up worldwide rights to “Ghost Lab,” a supernatural thriller about experiments that cross the boundaries between life and death. Production was by GDH 559, the Thai studio behind the “Bad Genius” hit film and the Netflix adapted series of the same name.

“ ‘Ghost Lab’  is a bold, original film from the brilliant mind of director Paween Purijitpanya and an incredible Thai cast and crew,” said Malobika Banerji, Netflix’ director of content in Southeast Asia.

“The storyline is quite unconventional, because it attempts a deeper exploration of our belief in the supernatural, and whether this can be proven by science,” said Purijitpanya. “I hope this movie will encourage the audience to contemplate their ways of life and find the answers to their questions.”

The film is the first Thai movie produced in Dolby Vision and is the first GDH title to be exclusive to Netflix, GDH CEO Jina Osothsilp said. Netflix will release it from May 26.

The company is one of the most consistent producers of quality films in the country. It was formed as a joint venture between GMM Grammy Public Company and Hub Ho Hin. The 559 in the company name is both a reflection of the company’s date of inception and the number of shareholders.

The decision to distribute the film exclusively online and to bypass a theatrical release may turn out to be a piece of luck. Cinemas across much of Thailand were ordered shut from Monday as the country suffers a third wave of the coronavirus. The government order falls short of a total lockdown, but also means the closing of gyms, sports facilities and bars and brings to a halt film shoots.

In the first year of the pandemic, the country’s virus response has largely consisted of closing the borders and enforcing on-off internal travel restrictions. While the strategy has wrecked the economy, particularly the all-important tourism sector, it appeared at least to keep the number of virus cases below those of many countries in the region until December when a second wave struck.

The latest and largest wave of virus infections has exposed the military junta as having failed to use the time gained to do any meaningful form of forward planning. In recent days, virus testing facilities proved woefully inadequate and hospitals rapidly reached full capacity.

Meanwhile, the baffling decision not to import significant quantities of vaccines and to delay starting an inoculation program until a locally-produced version of the AstraZeneca jab can be made available, has backfired. To date less than 1% of the population has received a first injection.

The lack of virus immunity means that Thailand’s borders will have to remain closed for longer, dealing further blows to the tourism sector and the film and TV locations and facilities industries that have in recent years welcomed major international productions including “Extraction” and “Da 5 Bloods.”