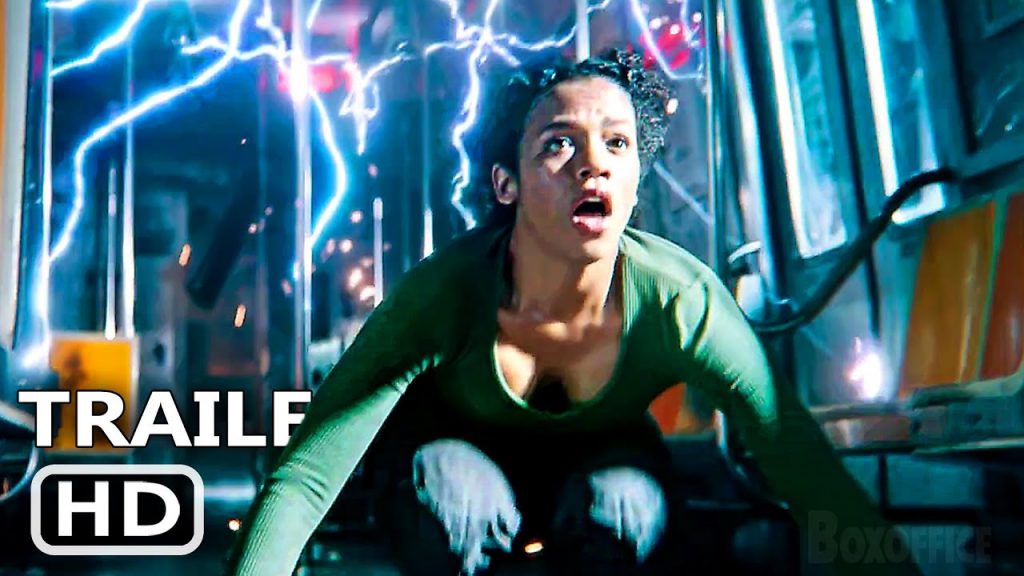 Taking an activity that’s (arguably) something of a fad and morphing it for a theatrical narrative was a risk that evidently paid off for director Adam Robitel and screenwriters Bragi Schut and Maria Melnik with 2019’s Escape Room.  A psychological horror film that aimed for suspense over gore, its $150 million worldwide haul practically guaranteed it a sequel – its rather open ending adding flame to the fire also – and after a year of release date shifts (not an uncommon practice in these COVID-driven times) Escape Room: Tournament of Champions has arrived to further add intrigue to the villainous corporation that set the first film in motion.

The suggestion of the Minos Corporation in the original film and their twisted game of placing people of a common link together in potentially fatal escape room situations was one ripe with extended possibilities.  The first film only hints at what could come from uncovering such an organisation, and due to the survival of Zoey (Taylor Russell) and Ben (Logan Miller) there’s a built-in sense of determination already present in their characters’ return.  Though the film plays a little fast and loose with their paranoia – meaning any escape room-type set-up that feels a little too quickly executed is most likely just a nightmare sequence for the increasingly nervous Ben – they’re eventually unwittingly welcomed back into the fray of Minos in the most outlandish of fashions.

To say the escape room scenarios in Tournament of Champions are elaborate would be putting it lightly, with rigged train carts, quicksand, acid rain, and deadly laser beams all additives in a plethora of rooms that test Zoey, Ben, and a hoard of fellow survivors from previous Minos-led situations; faith-shaken priest Nathan (Thomas Cocquerel), Rachel (Holland Roden), a young woman unable to feel physical pain, social media influencer Brianna (Indya Moore), and alpha-male Theo (Carlito Olivero).  Though we are more familiar with Zoey and Ben, the evident PTSD expressed through each of the fellow characters when it becomes wholly evident that they have been sucked back in to Minos’ games suggest they each had their own tale of survival that pushed them to their ultimate limits, allowing the 4-person strong script (Melnik returning alongside Will Honley, Daniel Tuch and Orien Uziel) to save time on expanded exposition and get straight to the escape rooms that they rightfully assume are the film’s selling point.

Whilst the first room (an electrically-charged cable car) is a preview of the corporation’s upgraded technology, it’s the second that lays down intriguing clues pertaining to someone we have yet to meet.  Tournament of Champions has fun in teasing a larger game and other potential figureheads, but in doing so it almost sets itself up to feel incomplete as the further the film winds towards its end credits, the more answers it leaves unturned; safe to say, this has been made with the intention of a third film.  Links to the first film also come heavily into play towards the backend (if you haven’t seen the original you’re likely to feel incredibly lost during one particular segment) but as interesting as these revelations are, they too feel undercooked as any intrigue managed is never narratively completed.

Like the first Escape Room, Tournament of Champions has mainly been designed to indulge in the production values of the rooms themselves.  The story has elements of interest, enough for me to want to know where it’s going and, at this point, expect a sequel, and the acting across the board is far better than what this type of film deserves; similar to the original, Russell makes for an immensely likeable lead, and though the rest of the cast are a little restricted by their character outlines, they manage to transcend such.  Though the intent for a third film renders this as a whole rather unresolved, there’s just enough cheap thrills and genuine fascination to render this excursion worthy – but only for patrons who felt they got their money’s worth the first time around.