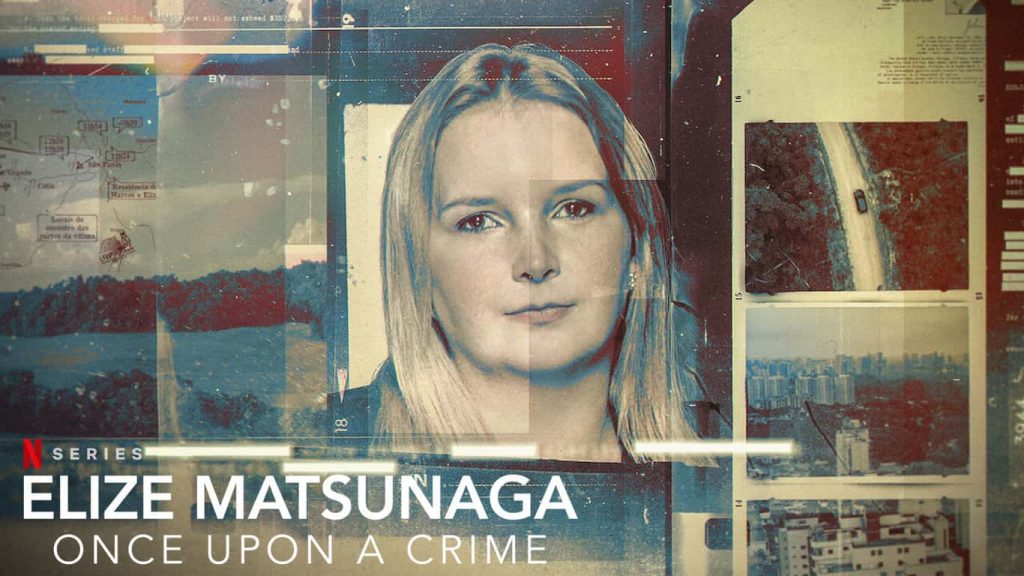 In the first episode, we see Matsunaga released into her lawyer’s custody in 2019, going to her aunt’s apartment to live during her furlough. Elize has decided to record this interview for her now-preteen daughter, who was just a toddler when the murder occurred, to, in her words, “tell her what really happened.”

Matsanuga, along with investigative reporters, the attorneys on both sides, and various friends of both Marcos and Elize, describe their whirlwind relationship. Marcos was the heir apparent to Yoki, and the much younger Elize was a law student who had worked as a nurse. Friends and family didn’t quite understand the relationship, especially when Marcos decided to ghost one of his longtime friend groups. But they traveled, hunted together, and lived the high life.

Then, as they attempted to have a child, Elize found out that Marcos was cheating on her. He denied it, and their arguments got more vitriolic, right as Elize got pregnant. It got to a point where she hired an investigator to track him, and she found out he was seeing someone else.

The arguments kept happening, and she went off to her aunt’s place to reassess. But when she came back, he berated her so bad that she got a gun and shot him. But the police, along with the reporters, wonder if the murder wasn’t the “crime of passion” she admitted to. For one, when the police found the blue bags with the then-John Doe’s body parts in them, the cuts were clean with very little blood. Second, why would she shoot him just for cheating on him, when he was about to make a bundle of money that she could have gotten in a divorce?

We get the temptation to center a docuseries around a rare interview with the perpetrator of one of Brazil’s splashiest murders, but something about Elize Matsunaga’s story doesn’t add up, and it feels like — at least in the first episode — her version of the story is given far too much credence by the director and producers of Elize Matsunaga: Once Upon A Crime.

The first thing that popped out at us was that Elize’s story about her marriage to Marcos Matsunaga is drawn out to the point where we were just annoyed that we don’t get to her admission to police back in 2012 that she actually killed her husband, dismembered him and scattered his body parts in the woods. We know it’s coming; after all, she’s been in prison at that point for 7 years (now 9). But the other thing that irritated us is that the credulity of her account isn’t at all challenged.

It could be that the only person from the Matsunaga family’s side is their lawyer. It’s understandable that they didn’t want to participate, but by not participating, the docuseries ends up being a stilted account that is presented as mostly true, leaving the viewer to figure out whether or not to believe it. But the other thing that got us going is that we were trying to figure out how Elize Matsunaga escalated her dispute with her husband to actually shooting him.

Could it happen? Sure. But, like one of the reporters mentions, it doesn’t make sense. He cheated on her multiple times, and was verbally abusive when she finally confronted him with proof. But did he hit her? Did he threaten her life? The guy was probably scum, but there seems to be nothing about Elize’s interview that indicates that she shot him in self-defense or anything like that. Then you have the fact that she meticulously cut him up and left little blood; that’s not something you do in a panic.