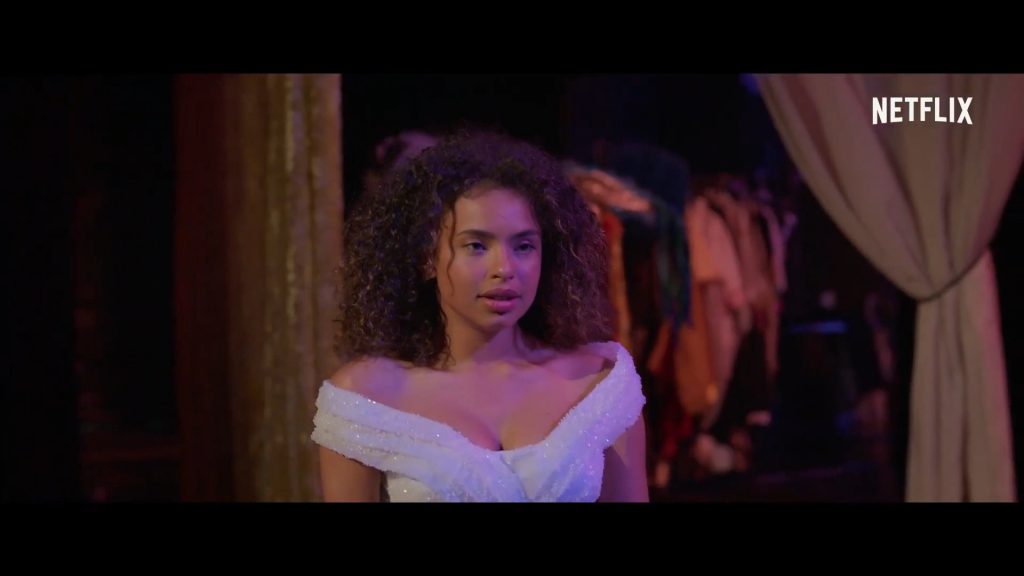 New to Netflix from today is the French teen romantic drama, Dangerous Liaisons (aka Les Liaisons Dangereuses). The movie – directed by Rachel Suissa – stars Paola Locatelli and Simon Rérolle and follows the story of a teenage girl who falls in love with a boy at her new school, unaware that she is part of a bet he has made to get her into bed.

In the movie, squeaky clean teenager, Célène, moves to a new high school where she meets Tristan. Despite the company that he keeps, Tristan seems as if he is a good person, and the two initially hit it off.

But what Célène doesn’t know is that Tristan has made a secret bet with his pseudo lover, Vanessa, which involves wooing Célène. His goal is to manipulate her into falling in love with him, so that he can sleep with her and win the bet.

However, the more Tristan gets to know Célène, the more he comes to fall for her, reconsidering his position in the process. But will his feelings for Célène get in the way of the bet, or will he see things through to the bitter end?

If all of the above sounds a bit familiar to you, it’s probably because you’ve seen this story play out before. Dangerous Liaisons is the latest big screen adaptation of Pierre Choderlos de Laclos’ 1782 novel Les Liaisons Dangereuses, and is to date the eighth movie adaptation of this book.

Arguably the most famous of these adaptations is the teen thriller, Cruel Intentions. The movie starred Sarah Michelle Gellar and Reese Witherspoon, and was a big hit when it was released back in 1999.

In fact, if you’ve not watched Cruel Intentions before then I suggest you seek it out, long before you take a look at this latest version of Les Liaisons Dangereuses. The reason being? Cruel Intentions is interesting and dynamic, whereas this new film, Dangerous Liaisons 2022, is rather bland.

Dangerous Liaisons is not awful, but it is largely unremarkable. There is nothing particularly imaginative or original going on here, and it all feels rather flat.

The film lacks any real sparkle, there’s zero tension, and it’s not very sexy. For a movie about one teen trying to bed another, it has all the sex appeal of a stale cheese sandwich, and even then I’m being kind.

There’s a bit of snogging here, a touch of bump ‘n’ grind over there, and plenty of shirtless sequences for lead actor Simon Rérolle. But nothing in this film raises the temperature, or even remotely convinces the audience that anyone on screen is interested in copping off with their fellow cast mates.

The only thing that shines through in this movie is the story, which is very clever. But there’s a reason it is clever, and that’s because of the source material.

The original novel has been adapted so many times, because the story itself is very strong. It involves multiple characters being moved around the narrative to allow for the central bet to play out, while various players are manipulated along the way.

But once again, this story has been told time-and-time before, so while it still shines, there is simply nothing new here. And if your only key selling point is a well-worn story, that’s not something to brag about.

Despite efforts to contemporise the tale, using social media references and modern pop songs, Dangerous Liaisons is a fairly dull film, which I doubt teen audiences will care too much about. There’s just nothing to hang on to here, and I expect it will come and go with little interest from those it is aimed at.