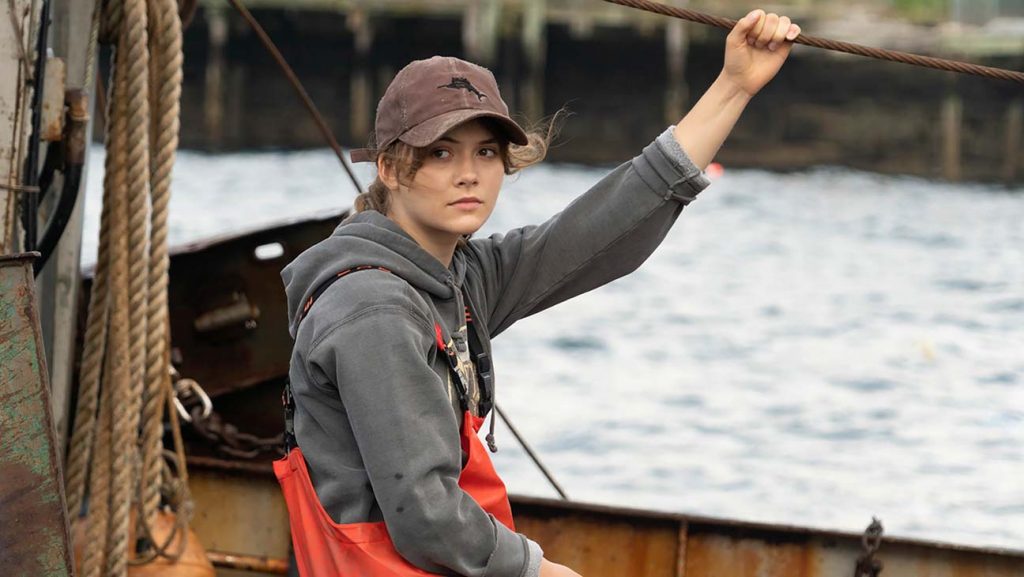 There are films that upend conventions and subvert expectations. And there are those that lean into them — hard. CODA, a U.S. remake of 2014 French dramedy La famille Bélier, about the sole hearing member of a deaf family who discovers she’s a gifted singer, is of the latter ilk. Even with its unusual premise (CODA is an acronym for “child of deaf adults”) and the representational novelty of three out of four leads being deaf — a notable difference from the original — the movie hardly feels like uncharted territory. CODA faithfully works its way through a checklist of tropes from high school comedies, disability dramas, musical-prodigy and inspiring-teacher narratives, coming-of-age tales about young people struggling to declare independence from overbearing families and indie chronicles of blue-collar America.

But if you’re going to make a film that sticks to the playbook, or playbooks, this is how to do it: CODA is a radiant, deeply satisfying heartwarmer that more than embraces formula; it locates the pleasure and pureness in it, reminding us of the comforting, even cathartic, gratifications of a feel-good story well told.

That’s not to say the film offers nothing new. CODA‘s focus on the fraught ties between deaf and hearing communities gives it a foundation of freshness. But one of writer-director Sian Heder’s most impressive feats is how shrewdly she handles the more familiar elements. Though all the expected plot points are present and accounted for — the school concert and conservatory audition, the first kiss, fights and heart-to-hearts — the filmmaker (whose debut feature, Tallulah, premiered at Sundance 2016) stages them with uncommon delicacy, flaunting a finely tuned sense of when to push, how much and when to pull back. You may roll your eyes. More likely, you’ll be wiping them.

Revolving around 17-year-old Ruby (Emilia Jones) and the tensions that arise when her passion for music pulls her away from her deaf parents and brother, CODA at times teeters toward unwieldiness. There’s a lot of plot, and tones that should, in theory, clash. (Think a deaf spin on Debra Granik’s Leave No Trace and Sidney Lumet’s Running on Empty, passed through a John Hughes filter, or tossed into a blender with recent Netflix teen movies like The Half of It.) But the unfussy warmth and feeling of the performances and direction should overcome even the staunchest resistance. CODA is an honest crowd-pleaser — one that gently charms, rather than claws or cloys, its way under your skin. It deserves every happy-tear it wrings.

Ruby Rossi lives with mom Jackie (Marlee Matlin), dad Frank (Troy Kotsur) and big brother Leo (Daniel Durant) — all three deaf — in Gloucester, Massachusetts, where she toggles tirelessly between school and her job as a deck hand on the family’s fishing boat. Though her ability to hear sets her apart from her parents and sibling, the four function as a unit; Ruby has been communicating in ASL since before she could speak, and acts as an interpreter for the other Rossis — their liaison to the hearing world.

Working from her own adapted screenplay, Heder establishes the dynamic between Ruby and her family — the push-pull of affection and aggravation, the blurring line between closeness and codependency — in a few crisp, inviting early scenes. CODA centers Ruby’s experience: We see her wince at the casual cacophony of a deaf household — the clanging pots and pans, the constant brrring of an un-silenced smartphone and, amusingly for those who appreciate an innocuous bit of scatological humor, an instance of unchecked flatulence. Yet Heder makes ample space in her frames for Jackie, Frank and Leo, too, catching their reactions and capturing their personalities. She brings this fractious but loving quartet, with their vibrant crisscross of signing, teasing and testiness, to vividly appealing life.

One day at school, Ruby sees her crush, popular Miles (Ferdia Walsh-Peelo), signing up for choir. Ruby also likes to sing — the opening scene finds her belting Etta James’ “Something’s Got a Hold on Me” as she works on the boat — so before long, she’s there alongside Miles, blossoming under the tutelage of demanding conductor Mr. V (Eugenio Derbez). Ruby’s so good, in fact, that Mr. V urges her to apply to Boston’s selective Berklee College of Music.

With his diva-ish antics (“I’m in a mood!” he snaps at the start of the first class) and tough-love quips, Mr. V is an unabashed caricature, and seasoned scenery-chomper Derbez at times seems to be acting in a different, more overtly sitcom-ish movie. (A running gag about Jackie and Frank’s off-the-charts sex life is similarly incongruous in its broadness.) But Heder keeps the choir scenes short, snappy and refreshingly free of earnest, Glee-style vocal histrionics; the kids’ voices are lovely in an everyday, not Broadway-brassy, kind of way (several are played by members of Berklee’s a cappella group).

The film’s primary interest is the aching distance that opens up between Ruby and her family as she nurtures her talent and contemplates a future beyond home. The conflict is partly logistical: As a hearing person, Ruby is a key component of the Rossis’ just-launched fish sales business; they literally may not be able to afford for her to go away to college. It also, of course, runs deeper than that. Music is something Ruby’s family can’t fully appreciate, and Jackie, in particular, feels that exclusion acutely (“If I was blind, would you want to paint?” she asks her daughter).

With a light touch and lived-in sensitivity, Heder and her cast conjure the storm of mixed emotions set off by Ruby’s singing: Ruby’s unconditional devotion to her family but also her resentment at never having been able to put herself first, and her guilt about doing so for the first time; her parents’ hurt commingled with pride in their daughter and yearning for her happiness; Leo’s seething frustration, his sense that he’s considered less important to the family’s well-being than his sister.

Heder has a low-key visual style, but knows how to turn up the pressure. The Rossis’ arguments are expertly choreographed and performed, the foursome’s expressions and gestures alive with long-pent-up anxieties and a fierce, protective love. Crucially, the filmmaker also keeps things moving, never lingering on dramatic scenes or pumping them up with unearned sentiment. This thoughtful underplaying of major moments extends both to Ruby’s budding romance with Miles, which unfolds with restrained sweetness, and to the big spring choir concert. Instead of delivering the usual bring-down-the-house climax, Heder considers the experience from the perspective of each family member, shifting seamlessly among them to create a mini roller coaster of apprehension, awkwardness, relief and delight. (She saves the real release for Ruby’s Berklee audition — a scene that turned this critic, who doesn’t cry easily at the movies, into a puddle.)

Though I can’t judge the authenticity of the film’s portrayal of majority-deaf families (CODA clearly isn’t aiming for the realism of last year’s Sound of Metal, for example), the vitality and conviction of the lead turns are undeniable. Jones (Netflix’s Locke & Key) acts and sings with a captivating directness — her voice is rich, melodic and natural-sounding — that feels apt for an adolescent who has long shouldered the responsibilities of adulthood. But she’s also subtle, suggesting an entire palette of moods in a character who’s never had the luxury of indulging them. It’s an intuitive, unshowy powerhouse of a performance.

The other principals are equally superb in economically but deftly drawn roles. With his long face, lanky frame and teasing eyes, Kotsur’s Frank is the family clown. But there’s more than a hint of ruefulness in his goofing around, and the actor has a moment of breathtaking sincerity toward the end of the film. He’s well matched with Matlin, summoning her customary spark, sensuality and nuance as a former model who has to work to connect with her no-frills daughter. And Durant brings a simmering, heartthrobby soulfulness to the restless Leo. (There’s a great, sneakily swoony scene in which Leo and Ruby’s best friend flirt at a bar, texting each other as a workaround for their communication barrier.)

Marius De Vries’ score is discreet and sparingly deployed, never overshadowing the singing by Ruby, Miles and the choir. And if a movie is going to feature multiple rehearsal scenes, Marvin Gaye and Tammi Terrell’s “You’re All I Need to Get By” and Joni Mitchell’s “Both Sides Now” are pretty unbeatable song choices. It’s no small compliment to say that CODA is worthy of them.