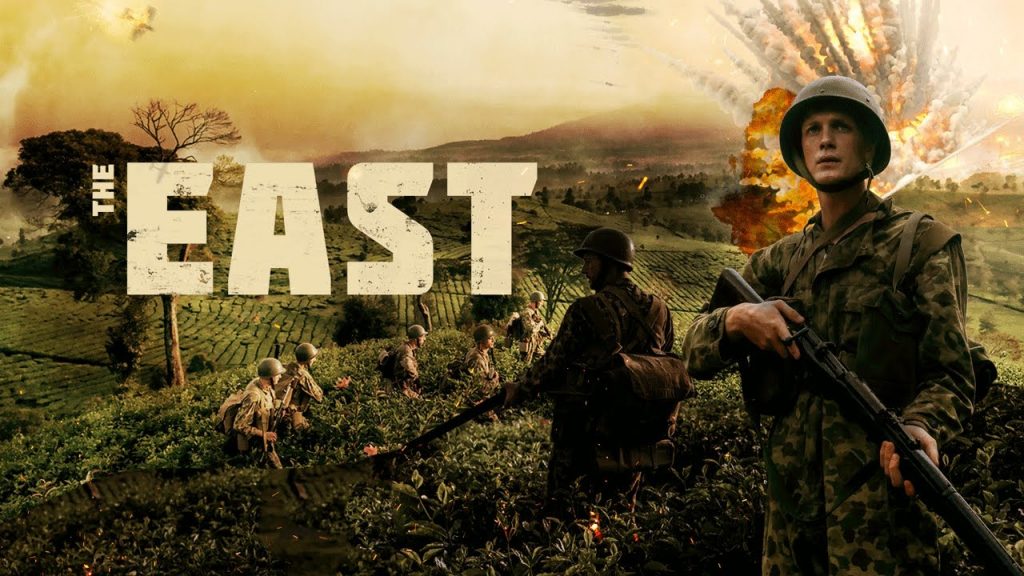 In the Netherlands the movie The East was met with a lot of controversy before it was released on Amazon Prime. The story is about Indonesia’s claim for independence from the Netherlands straight after World War 2, when the country was still called the Dutch East Indies. It follows a young Dutch soldier who travels with the army to the East to restore order and to stop the rebellion. Later in the film he discovers that “this was not what he signed for”.

This historical event in itself of course was controversial. The Dutch have done terrible things in Indonesia during this time (in the film led by Raymond Westerling aka The Turk), but the rebels, the Indonesian Nationalists, were even more cruel. In fact, my (Indonesian) mother (who was a teenager on Java at the time) told me that the rebels were even more feared than the Dutch. The Nationalists did terrible things to their own people to the point that she and her family were even moved to special camps where former Japanese soldiers (!) protected them.

The first trailer of The East immediately raised a lot of questions.

How would the movie portray the Dutch KNIL soldiers? Were they the bad guys and the rebels the good guys? Would the film even mention that the KNIL-soldiers – like the American Vietnam veterans – were victims too? Would the Rebels be shown as heroes or as foes? And what about the controversial Raymond Westerling? Would he be shown as a hero or a cruel mad man?

Okay, let’s first concentrate on The East as a fictional movie.

Man, the film really is the Dutch “Platoon”. The East looks stunning (for Dutch standards) and can compete with any American big budget production. The performances are very good too. The way our protagonist, Johan de Vries, not only struggles with the way his mission is developing but also with the things from his past is well done. Intertwined with the scenes in Indonesia are flash forwards from Johan’s life back in the Netherlands, struggling to pick up his old life and in the end completely losing it.

At first Johan feels bored by the lack of action in Indonesia. One day he meets the strong captain Westerling and things change. Westerling becomes his hero and he doesn’t hesitate to join his Special Troops Corps to destroy the rebellion. But when they travel to South Sulawesi Johan is shocked by Westerling’s methods and wants to get out. This results in an unrealistic, but exciting finale.

One of the controversies of The East was about the look of Westerling (the real one didn’t have a “Hitler” moustache) and the almost Nazi look of the uniforms of his Special Troops Corps. Comparing the Dutch to Nazis is almost sacrilege, because the (Jewish) people suffered a lot during their regime during WW2. But in this case I understand the filmmaker’s decision to do so. Westerling does have a moustache, but to say that it resembles Hitler’s that’s a far stretch. I think it was done to show the audience that this character is based on a true historical figure, but it doesn’t follow his true life. In fact, the ultimate fate of Westerling in this film can’t be further from the truth and is completely fictional.

And about the “Nazi” uniforms: well, I don’t see them as particular Nazi clothing. They are much darker than the normal ones (which makes no sense in the heat) but I think they were there to show that this was a particular group and to protect the “normal” KNIL soldiers. Most KNIL soldiers were normal boys who had nothing to do with the atrocities that were done. And even the ones that have done bad things: you can understand that it was hard to say no to a charismatic leader like Westerling. Especially under those circumstances it’s difficult to distinguish wrong from right.

The fear that the Nationalists would be shown as heroes or victims is also not grounded. There’s one scene in the movie that shows their incredible cruelty and that works very well. No, the rebels are not shown as good people. Maybe their cruelty should have been more prominent in the film (like the Dutch ones) but as a filmmaker you have to make choices. In the end it’s the story about an innocent and idealistic boy who goes to a (possibly unjust) war and about the impact it has in his remaining life.

Although I am no expert on this era of history I think I can say that The East is an incredible movie. It totally delivers as a fictional film that was made for entertainment. It has great storytelling although I must say that the end was a little bit too much.

From a historical point of view I’m happy that a lot of important things were mentioned. You can understand why former KNIL soldiers had a hard time to even talk about their experiences in Indonesia. The Dutch have done bad things, but the Nationalists were just as bad or even worse. Westerling has done good things, but the methods he used when he was commanding his Special Troops Corps were just plain wrong. In that way he’s much like Kurtz in Apocalypse Now: he thinks he’s right and maybe started out as a good guy, but in the end he lost his way.

Historically a lot of things may not be correct in The East. But maybe the film will cause a healthy discussion on this subject, or at least way more understanding for the KNIL soldiers who went to the East to fight for their land because they believed in what they were fighting for.

I just hope that viewers realize that The East is a movie and not a documentary. Even the makers don’t claim that they show the whole truth, but I think it’s a great attempt to do so.