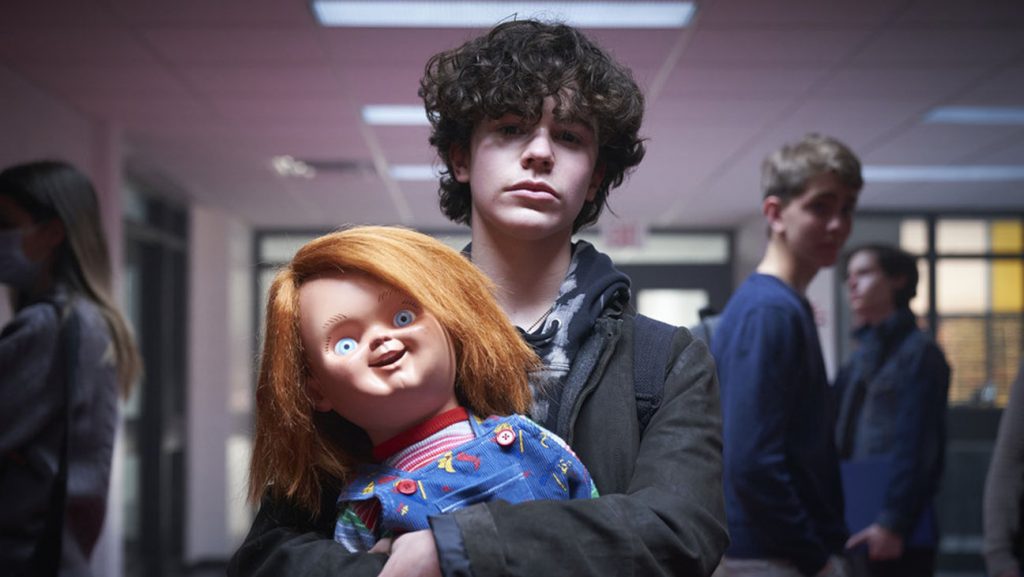 “Chucky” is a very surprisingly enjoyable show. It’s got all the things you’d want to see in a Child’s Play show. With fun gore, quick pacing, and some surprisingly good messages. This show is heading in the right direction

Starting off with the good. The acting is really good. Everyone in the show plays the role either really well, or so over the top that it works for this source material. Of course Brad Dourif is great once again as Chucky. The show also has great pacing. The first episode moved very quickly. I also liked how funny the show was. There were quite a few jokes that made me laugh. And finally this show really incorporates great messages about, bullying, and LGBT. I think that’s a very great thing to talk about, and it added some nuance to the characters

I have a few issues with the show. The style of the show while great, at times can get a little too much. And it kinda feels like they’re struggling to balance that comedy, and horror. And at times it doesn’t fully works. And finally I don’t think it’s necessary to retell Chucky’s backstory.

But still aside from that “Chucky” is a really fun, and promising series with good acting, fast pacing, some great callbacks, and some really great messages that help the show feel more nuanced.