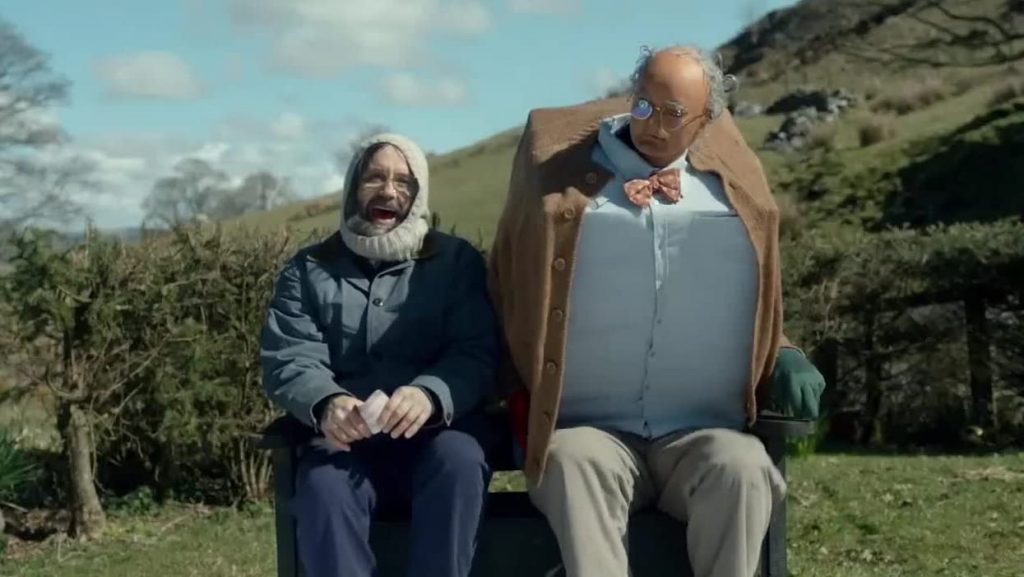 There’s something quintessentially British about this absurdist and sweet-natured comedy from first-time feature director Jim Archer. Not just in the damp of the Welsh fields that surround the farmhouse where the balaclava-wearing Brian Gittins (David Earl) lives alone or his penchant for crazy inventions – a trait that is likely to put older UK viewers in mind of eccentric inventor Wilf Lunn – but in the pathos-based humour that stems from his loneliness.

Shot mockumentary-style – although why Brian would attract the attentions of a crew is never explained and the approach is more observational rather than interactive – it expands on Archer’s 2017 award-winning short film of the same name, which gave the spotlight to stand-up comic Earl’s stage alter-ego Brian (a less innocent incarnation of whom also appeared in Ricky Gervais’ Netflix series After Life). The feature’s world premiere in the World Dramatic Competition at Sundance helped Focus swoop in to take worldwide rights, where it’s likely to find most favour with audiences who are fans of the likes of Gervais and Steve Coogan, with its warm-hearted approach and refusal to ridicule its sad-sack main character lending it wider appeal.

Brian’s inventions are enjoyably pointless, from “trawler nets for shoes” to “a flying cuckoo clock”, but his decision to make himself a robot will change his life at the same time as kicking the film out of its ambling first act. The robot, which unexpectedly springs to life, is every bit as ridiculous as everything else in Brian’s life – he’s essentially a tall bloke (Chris Hayward, who co-wrote the script with Earl) with a washing machine body and a mannequin’s head who speaks in Stephen Hawking-style tones – but from the moment he names himself “Charles Petrescu” he is also undeniably lovable.

Comedy is a serious business and it is Earl and Hayward’s deadpan delivery, coupled with Archer’s maintenance of a documentary shooting style in the face of the ridiculous, that ensures the situation generates physical and verbal laughs. Brian’s freshly minted helpmate and darts buddy approaches the world first in childlike fashion and then in the manner of a petulant teenager longing for far-flung adventure, as Brian becomes fearful others – and in particular, local thug Eddie Tommington (Jamie Michie) – will find out about his new best pal.

The wispy plot, which is driven by the increasing danger Eddie presents, is given additional heart by a tentative relationship Brian embarks on with the equally timid Hazel (Louise Brealey, also showing expert timing). The story may be almost as flimsy as one of Brian’s inventions, feeling more like a collection of sketches than a fully-fledged narrative in places, but the actors nail the comic beats and emotional arcs as Brian’s isolation gives way to something much more hopeful.

And while much of the humour stems from awkwardness, such as when Brian attempts to keep Charles a secret from an unexpected meter reader, the inventor is such an endearing trier that the script makes you will him on to succeed rather than cringe at his failings. Hints of black humour in the short film have been jettisoned in favour of more joyous daftness for the feature, which makes a refreshing change from the darker character-driven humour of the likes of Gervais. It might be cold and wet outside but it’s as warm as Charles’ dreams of a Honolulu beach in the characters’ hearts.