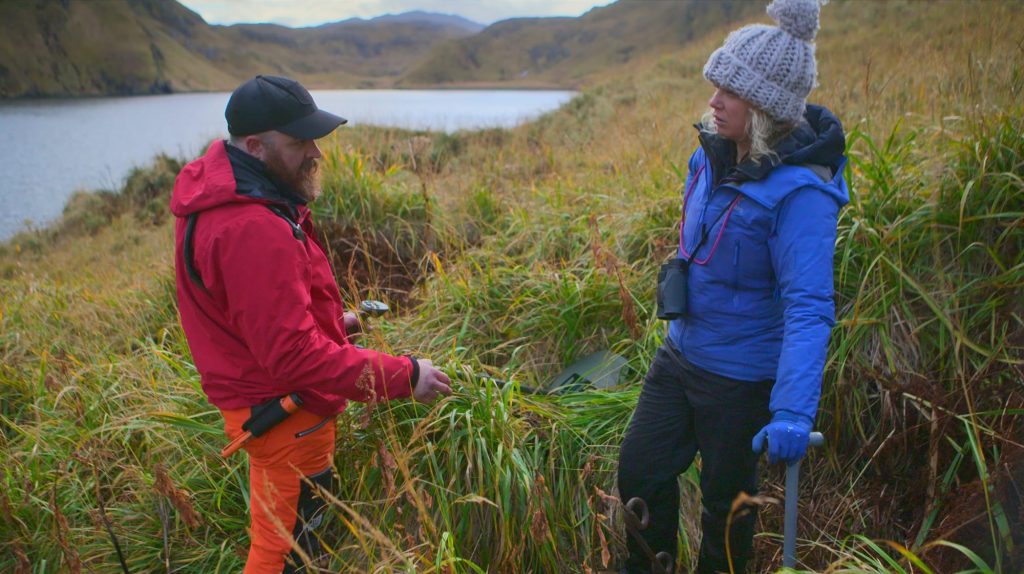 Netflix brings something different to our screens, a real treasure hunt, Pirate gold from Adak Island. In 1892, a pirate buried over $300,000,000 worth of gold on Adak Island and, like a true pirate story, died before he could return to collect his loot. Here, a team of experienced treasure hunters try to dig up the gold, but the island is littered with live ammunition. Will they succeed?

Who doesn’t love stories about pirates? Their unacknowledged, adventurous, dangerous lives and treasure hunts have inspired some incredible novels, films and songs. In this series we learn about a new pirate and his gold. This latest release is an adventure series with 8 episodes, each lasting about half an hour. I was a bit concerned that the show has so many episodes for one story; I thought each episode would be very similar. However, there is so much to learn and delve into that the episodes go by pretty quickly. It’s a great binge watch that you can get a bit addicted and obsessed with.

It’s about much more than just wanting gold to gratify intrigue or greed. Only 45 people live on the island and it is on the verge of economic ruin. The city’s mayor, Tom, assembled this team to find the money so he can save the community and the city. The specialists don’t get paid unless they find the gold, so the stakes are high here.

With magnificent landscapes and intense instrumental music, we will be taken on a historical journey of this island. During World War II, this island was an important base for the war with Japan. This is where the first box of gold was discovered. After 60 years of nothing being found, we follow this team as they slowly explore and excavate the land without ruining it, hoping to find millions of dollars worth of gold. After the war bombs were dropped across the country, the team not only had to contend with the extreme, ever-changing weather conditions, but also with the history of the island.

Overall, this series is an excellent watch. If you are a history buff or like adventure programs this is for you. Hey, if you’re a fan of pirate/treasure hunt movies like Pirates of the Caribbean or The Goonies, this might be the next thing you need to watch. I recommend this series if you use programs such as time team and treasure hunt. I won’t spoil the ending, but it’s not to be missed.