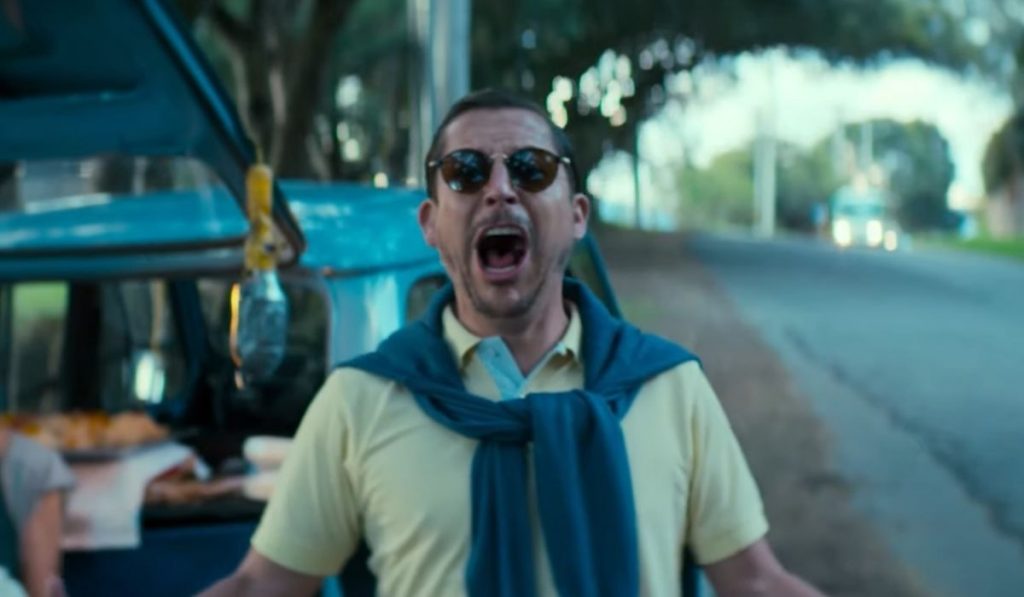 Juanpapis Gonzalez – The Series, one of Netflix’s newest original series, made its premiere this week. The series follows the titular character Juanpapis (Alejandro Riaño), one of the most spoiled rich men in Colombia. He spends his days enjoying his wealth and lack of responsibility. During one of his parties, he’s caught on video confronting cops and causing a scene. Embarrassed by Juanpapis’ actions, his grandfather (Santiago Moure) scolds Juanpapis for his actions. Juanpapis is then given a difficult task by his grandfather to prove that he’s responsible enough to inherit his family’s fortune. He is forced to work with Camilia (Carolina Gaitan), one of his grandfather’s employees, who will keep track of everything that Juanpapis does.

Juanpapis Gonzalez – The Series is carried by the incredible performance from Riaño. No matter the situation or the conversations he has, his performance is always over the top. This isn’t a bad thing since it brings out the comedic element that the show thrives on. During the episode where he visits a school that would need his family’s financial support, he immediately begins to judge everything about the students. His extreme exaggeration of the talents the students show him is hilarious to watch. Riaño’s performance is also very satirical when it comes to how Juanpapis acts. He often pokes fun of the lifestyle he lives while taking part in what he mocks. He also holds nothing back in judging whatever aspect of politics he comes across when learning more about his family’s business.

More often than not, Juanpapis Gonzalez – The Series emphasizes the titular character wanting to do the right thing as soon as he starts working with Camila. The trope of a woman being the only person to change a man has been countless times, and I feared that the show would use this as an excuse to completely change Juanpapis by the end of the series. However, there are more than enough obstacles that Juanpapis and Camila must go through to make fundamental changes in his life. Even then, it often feels like there’s no natural way for him to take complete responsibility for everything in just one season. His motivation for wanting to change evolves from wealth and even from the bond that he forms with Camila. His character development from wanting to do the right thing without any vain motivation is great to see as the series progresses. If it does get a second season, it will be interesting to see how his character continues to change.

It isn’t just the titular character who is given a satirical role in Juanpapis Gonzalez – The Series. The overall show does an incredible job of satirizing several aspects of the elite and working class. There’s an episode where Juanpapis and his confidants develop an app that aims to take advantage of the elderly for the sake of getting their benefits. This satirizes the sense of entitlement and the immense wealth that people in the upper class have and how far they’d be willing to go to get even more benefits. Seeing this play out throughout the episode was incredibly hilarious, but it also made me think of how messed up the entire situation is. Juanpapis Gonzalez – The Series will undoubtedly have viewers think about the satirical moments, what makes them funny, and why they wouldn’t work without humor.

One of the things that caught me by surprise by the end of the first episode was the inclusion of an explanation of things that people would find offensive. As I watched more episodes of Juanpapis Gonzalez – The Series, I noticed that every episode had this explanation. While it’s understandable why the people working on the show might think they’d need to include this, I was left wondering if the explanation was necessary, to begin with. From the first few minutes of the pilot episode, the exaggerated performance from Juanpapis and the satirical commentary let audiences know what kind of series this will be. His character traits and the lifestyle he partakes in are key elements for viewers to keep in mind when watching this show. Juanpapis Gonzalez – The Series should not need to explain its satire and what it chooses to mock.

Ultimately, Juanpapis Gonzalez – The Series delivers a solid introduction to the titular character and does satire right. Juanpapis is a character that audiences may or may not want to root for but will enjoy watching as he tries to turn his life around. His transformation doesn’t come suddenly, but his journey is worth watching for the hilarious and satirical moments.