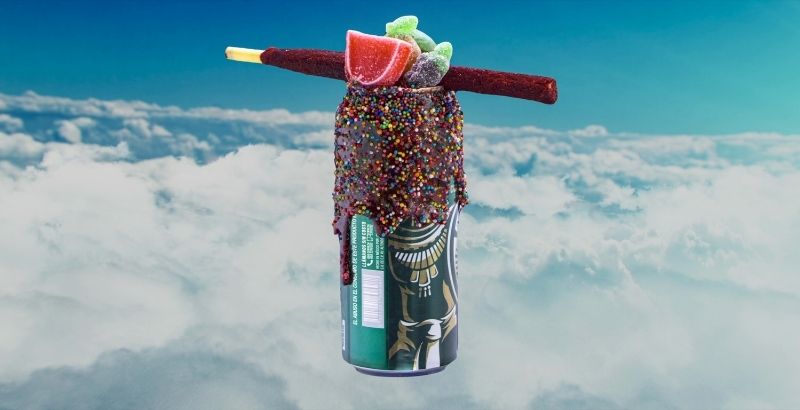 Showcasing food from all across Mexico, Heavenly Bites: Mexico is the latest Netflix food documentary series featuring meals, snacks, and drinks from Latin America, this time singularly in Mexico. It’s a colorful and fun look at the country’s culinary culture as we get as close to eating the food without actually eating it with all the foods we get to see. Through intimate portrayals of the preparation, serving, and conversations with the people making and eating these heavenly bites, non-Mexican audiences will be sure to get a different look at culinary practices they don’t know as well as they thought.

Literally everything in the show looks delicious and packed with flavor. Micheladas are savory beer cocktails, often with seafood, beef jerky, or candy served on top. It’s a drink made to maximize your taste, and in showing each step of that process, from the salt on the rim to pouring in the beer, and decorating them with their delicious toppings, the show intimately immerses you in its sea of flavor. In the “More than Just Chips” episode, the show zooms in on how they prepare potato chips, Doritos, and other crisps with vegetables, onions, corn, spices, cheese, ham, beef, beans, sauces, and other add-ons to make delicious meals. The fried deserts and conchas (sweet buns) are especially delightful to gander at.

The breadth of imagination of what to do with all these flavors is incredible, and there’s so much to gawk at. Sweet, savory, sour, tart, salty, bitter, crunchy, soft and so many more flavors and textures come together in everything we see the bakers, cooks, and store owners make. From the tortas to the micheladas and so much more, it’s pretty remarkable to see all the newer kinds of Mexican cuisine packed into these six episodes.

There’s little to no concern about making the dishes look refined, or using only the “freshest” ingredients. It’s all about maximizing flavor and the experience of eating it. It’s refreshing not to watch another food program where everything must have a certain aesthetic “prestige,” but only a dedication to fast flavor. It’s mostly fast food that we see in this series, and it’s not any “lesser than” more intricately made and presented foods in a restaurant setting. It’s fast and delicious, and what people eat every day, making this series relatable and close even when it may physically show us somewhere far away. It’s refreshing to watch.

The season packs in perspectives from many Mexican culinary connoisseurs and nutritionists, explaining to viewers the conception behind the various dishes and drinks we see prepared. Intercepting the food scenes are sociologists and food experts who explain the science behind why we love particular flavors and ingredients so much, adding a scientific dimension to the Heavenly Bites: Mexico. But it is of course very artful in showing how the cooks and shop owners have no limits to their imagination in what they create for their taste buds. As the show’s narrator says, “There’s always something to add.”

The cinematography throughout the season is great, with constant close-ups of the food and drinks made to show them in detail. It’s almost as if it’s a nature documentary with the piles of food as hills and mountains you just want to dive into. Every zoom in, every sprinkle, every layer we see constructed will have you salivating for more.

As great as all of this is, it also begs for more exploration into the history of these more modern culinary traditions and the lives of those who practice them. As opposed to another Netflix series like Street Food: Latin America, there’s not as much deep exploration of the daily lives of the people who make and consume the heavenly bites. It’s more cursory, jumping from place to region to region and person to person to see as many plates as possible. Of course, that may be part of the point that it is primarily focused on the various foods. But sometimes it feels like a jarring tease when we meet interesting people and quickly go to others.

But there are some that stand out, such as Camila, a queer baker, who makes rainbow glazed and trans flag glazed conchas to assert her and others’ queer identities in the community. Or Perla Flores (“La Güera”) who owns a torta stand and has a sharp and fun rapport with her employees as they serve out their delicious sandwiches to dozens of customers. But still, it would have been great to spend even more time with the various cooks shown and get to explore more of the interiority of their lives. Perhaps if there is a second season, Netflix may opt to give more length to the time in these episodes and allow for that.

Heavenly Bites: Mexico is a delicious explosion of flavors for your viewing pleasure. You’ll immediately want to try everything you see made, and it’s a delightful showcase of people across Mexico making and enjoying fast and deliciously made foods. With great cinematography, narration, and showcasing of a cacophony of flavors, it’ll bring delight to your eyes and cause your stomach to rumble for those titular heavenly bites.

You can watch Heavenly Bites: Mexico now on Netflix.