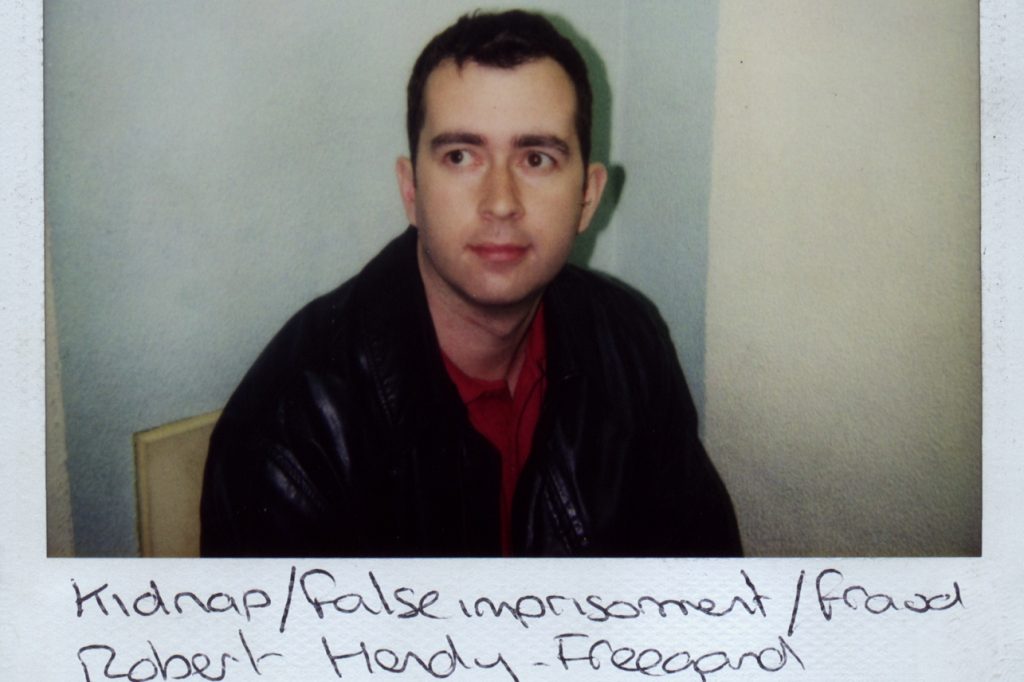 Just over a quarter of an hour into The Puppet Master: Hunting the Ultimate Conman (Netflix), one of the contributors says something you cannot quite believe. She recalls how, in 1993, she chose to go on a road trip with two friends and a stranger called Rob: “That decision changed the next 10 years of my life.” At this point, we know we are watching a documentary about a fearsomely persuasive con artist, but even so: 10 years?

By the end of this chilling, frequently astounding three-parter about how powerful lies can be when delivered with confidence – and specifically about the abusive behaviour known as coercive control – it makes perfect, awful sense.

The woman is Sarah Smith, who was studying at agricultural college in Shropshire when her boyfriend met a man who claimed to be an undercover MI5 agent. A fellow student had recently been arrested for IRA gun-running; now Smith and her pals were in danger, Rob said, because their housemate was suspected of similar activities. Rob told them they had to go on the run from the IRA, under his protection. They agreed to do so. Smith didn’t return home for another decade.

Meanwhile, in 2012, teenage siblings Jake and Sophie Clifton were increasingly worried about their mum, Sandra Clifton. (The series hops back and forth, scrolling left and right along a timeline à la The Last Dance.) The behaviour of Sandra’s boyfriend, David, was progressing from troubling anomalies – having money but not apparently going to work; being reluctant to divulge his surname – to aggressive gaslighting that seemed designed to force the children to leave home.

“Rob” and “David” were, of course, the same person: Robert Hendy-Freegard, who was sentenced to life imprisonment for a plethora of offences in 2005, before being cleared of the most serious one, kidnapping, on appeal two years later and released.

That Sandra was bewitched by a man who had already been publicly identified as a ruthless deceiver – Jake and Sophie could have brought him down with a simple Google search, had they only known what to type in – is one of so many near misses and if-onlys in a series that makes your jaw drop wider and wider, without ever straying into prurient sensationalism. Tight storytelling combines with efficient dramatic reconstructions to take us through a twin narrative that barrels on like a thriller. Indeed, a movie dramatisation starring James Norton as Hendy-Freegard has begun filming.

What makes The Puppet Master unforgettable, however, is its dissection of how coercive abuse works. Once fear or love, or a mix of both, has caused the victim to give the perpetrator their trust, all sorts of incredible lies can be believed and all kinds of humiliations endured. Smith, in particular, shows considerable courage in describing honestly how she was browbeaten into cutting herself off from her loving family, not communicating with them unless it was to demand ever-growing sums of money.

Initially, it seems preposterous that anyone would believe a man who says: “I am an MI5 agent,” but Smith’s testimony proves that, in the hands of someone as appallingly talented as Hendy-Freegard, sensible people can make absurd choices and strong people can be broken. As Hendy-Freegard takes Smith on an indefinite tour of the UK, moving her from one “safe house” to another and isolating her more every time until her loved ones are abandoned altogether, the story goes to places much darker than Hendy-Freegard leeching her for cash.

Much of the series’ power to grip comes from mounting revulsion at Hendy-Freegard’s deliberate, sustained cruelty. That said, it has heroes as well as a momentous villain. Chief among them is Peter Smith, Smith’s father, who saw through Hendy-Freegard immediately and, having failed to stop this man taking away his daughter, spent the next decade conducting what was often a one-man surveillance and intelligence operation, doing it old-school, his study wall covered in giant maps dotted with pins linked by string. He never gave up. Eventually, he got his girl back.

Not everyone has been so lucky. We are told from the outset that Sandra’s kids, now young adults, have not seen her in person since she skipped town with Hendy-Freegard some years ago. His successful appeal against his kidnapping conviction was based on the claim that his victims were free to leave him at any time. That coercive control did not become a criminal offence in England and Wales until 2015 is The Puppet Master’s biggest if-only of all.