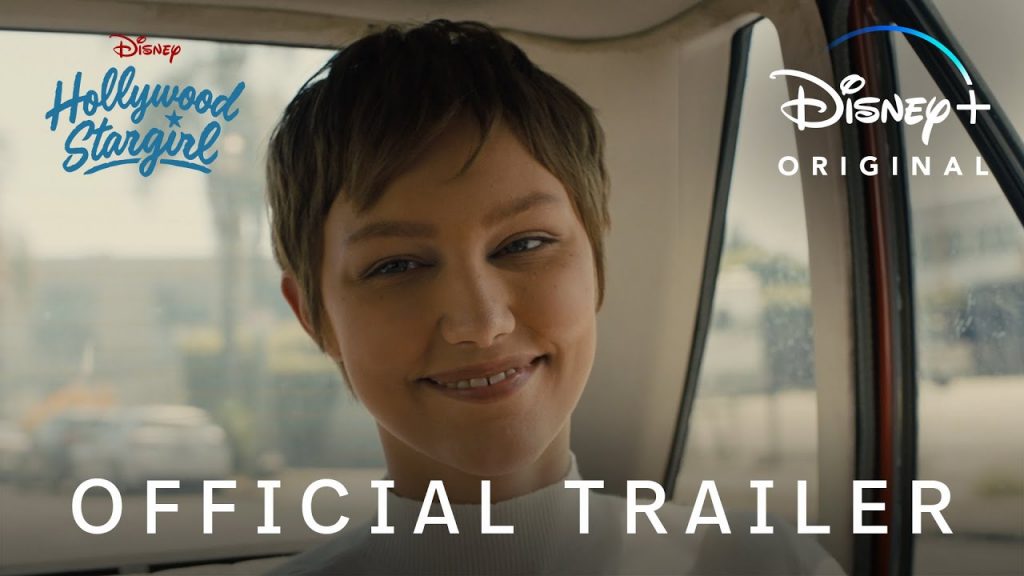 Picking up after the events of 2020 film Stargirl, Hollywood Stargirl chronicles Stargirl (Grace VanderWaal) and her mom Anna (Judy Greer) finding and creating a new home for themselves in Los Angeles. After her mother gets a new job as a costume designer on an LA-based film set, their family relocates and Stargirl immediately clicks with aspiring writer and director brothers Evan (Elijah Richardson) and Terrell (Tyrel Jackson Williams), and agrees to star in their movie. Along the way Stargirl befriends a retired singer Roxanne Martel and shows her how to love music again before bad news about her mom’s job threatens to rock their foundation once again.

Watching this movie feels like a warm hug. It’s so lovely. For a premise that could easily veer into manic pixie dream girl territory with Stargirl’s eclectic vibes, writer/director Julia Hart and co-writer Jordan Horowitz manage to steer this movie away from falling into that trap. VanderWaal’s Stargirl isn’t played as odd or embarrassing, and her chemistry with Richardson really makes the film sing (pun intended). Judy Greer and Uma Thurman also show up and play ball as comforting and inspiring adult characters who aren’t above learning a thing or two about life from a teenager.

It helps that the film’s universe is filled with good, benevolent characters — even a producer taking a chance on a student film providing a $1 million budget for them to chase their dreams. The result is a film that isn’t cynical or wary about the world, but chooses to highlight the good things that can happen with a little bit of hope and belief. Even if that sentiment doesn’t feel realistic in the world we live in today, it’s nice to spend a little time being charmed by the idea. Further, it’s refreshing that the dramatic tension in the film doesn’t feel manufactured but rather appears somewhat naturally from what we know about these characters and the circumstances of their lives. It only makes the stakes higher.

As a jukebox musical, the songs also have to be catchy and emotional, and the film succeeds. Whether it’s a cover of the Beach Boys’ Brian Wilson or a song composed for the movie, each musical moment captures the emotional energy needed. A number at the end with VanderWaal and Thurman singing Blondie’s “Dreaming” is a standout.