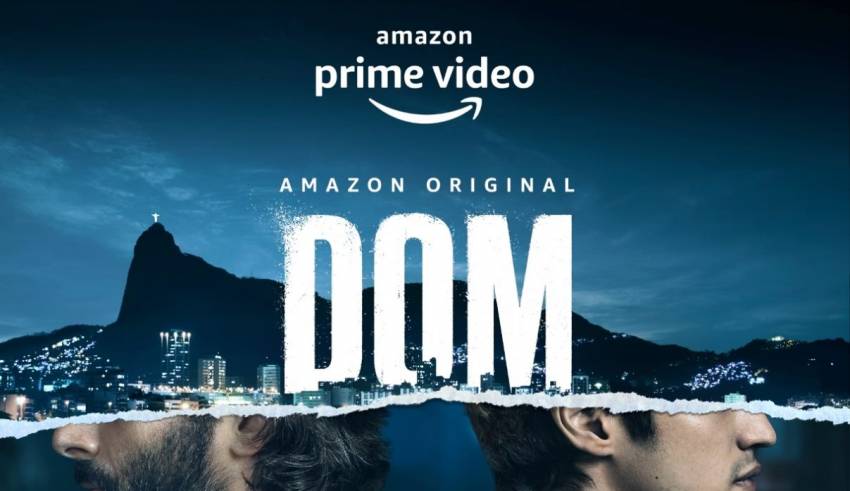 “Dom” (2021 release; 8 episodes running between 51 and 64 min. Each) is a new TV mini-series from Brazil. As Episode 1 “Kids Don’t Come With Instructions” opens, it is “Rio De Janeiro 1999” and Pedro, an 18 yr. Old is at a rave party in a favela, making out with a girl while snorting coke. His dad, Victor, who is with Rio’s civil police with a lifetime of fighting drugs-related crime, gets wind of it, and he goes into the favela, looking for his son… At this point we are less than 10 min. Into the opening episode.

Couple of comments: this is a gritty TV-series from Brazil that Amazon has optioned for its Prime and Instant Video platforms. I quite liked the opening episode, which goes back between the “now” (being Rio 1999) and the “then” (being Rio 1970) as we get to know Victor as a young man and how he became to be a cop. This TV series is very Brazilian and hence may not be as easy to be enjoyed here in the US as compared to, say, The Wire (just to name another drugs and crime TV show). After having seen the opening episode, I’m already looking forward to checking out the remaining episodes.

Please note: the series 3 min. Trailer that I watched before Episode 1 was shown as dubbed (meaning English voices dubbed over the Brazilian actors), much to my dislike. I absolutely detest dubbing foreign films and TV series for US viewing. I looked into it, and was able to rectify the situation, so I watched Episode 1 in its original Portuguese version with English subtitles. (Just to give you an idea: Amazon gives you 15 different audio languages to choose from, and 33 different language subtitles.)