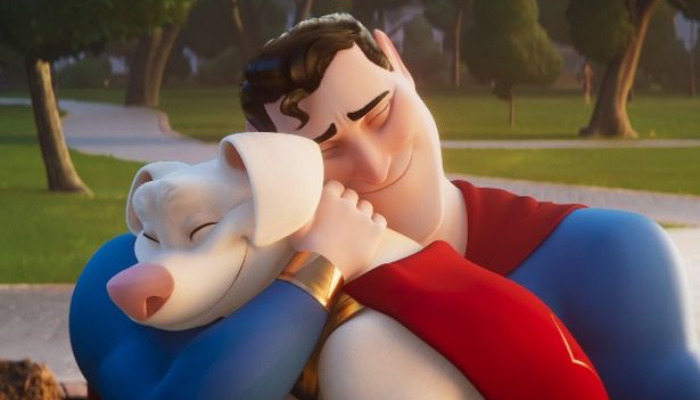 Krypto had been Kal-el’s pet and companion since he was an infant launched into space by his parents during the destruction of their home planet Krypton. As Kal-el eventually became Superman, Krypto had always been his mission partner and only friend. However, time came when Superman was spending more time with Lois Lane and planned to marry her. When Clark brought him to an animal shelter to find a new friend for him, Krypto felt very depressed.

The unadopted pets in the animal shelter include boxer dog Ace, pot-bellied pig PB, blind turtle Merton, red squirrel Chip, and Lex Luthor’s hairless guinea pig Lulu. One day, evil Lulu got herself a piece of orange kryptonite which gave her superpowers to fulfill her dreams of world domination. When Superman and the rest of the Justice League were abducted, the other shelter pets with their newly-acquired powers help Krypto to rescue them.

Watching the closing credits reveal who the voice actors were behind the various characters was very enjoyable. It was surprising to see a lot of A-list actors on the list, including Dwayne Johnson (as Krypto), Kevin Hart (as Ace), John Krasinski (as Superman), Natasha Lyonne (as Merton), Diego Luna (as Chip), SNL stars Kate McKinnon (as Lulu) and Vanessa Bayer (as PB), and my personal favorite — Keanu Reeves (as Batman).

This actually turned out to be one of the best DC films ever released, live or animated. Writer-director Jared Stern was also behind “Lego Batman Movie” (2017) and his sense of humor was fun and familiar. It was very rich in Superman (with echoes of the 1976 Richard Donner film) and Justice League lore sure to entertain serious and casual DC superhero fans. There were even a few sly Marvel references (Iron Man, Mr. Fantastic and others) to boot.

This is also a most delightful film for pet-lovers of all ages. The relationships of various pets and their masters were very well-explored here. Dog owners, especially, would be able to identify with the stories of Krypto and Ace. As would be expected from a movie about pets, there would be a lot of emotional moments throughout with sentimental scenes of man-animal interactions which would surely warm even the hardest of hearts.