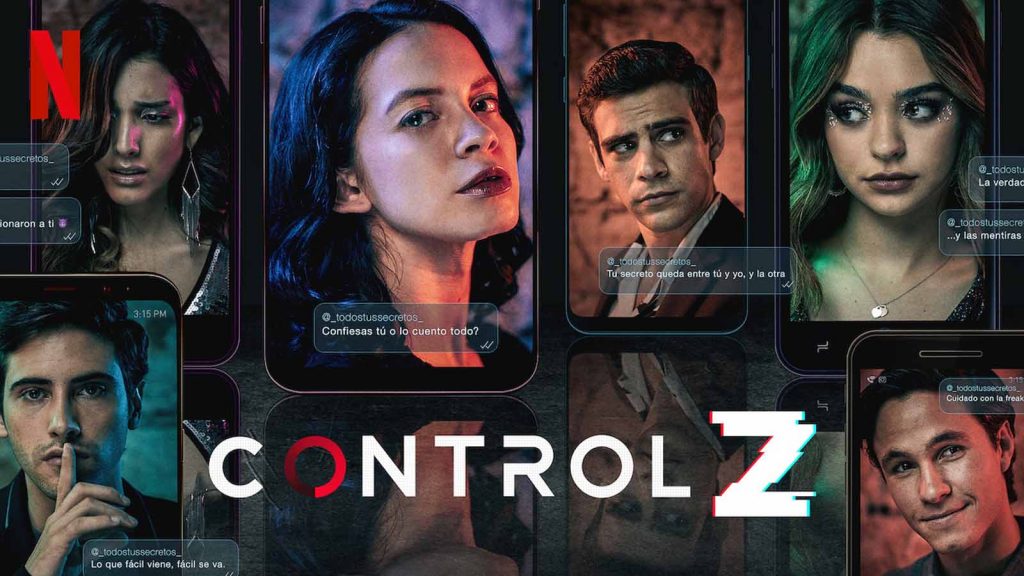 One of the more engaging parts of Control Z last year came from its unpredictable story. Yes, this is another high school drama. Yes, this has plenty of contrivances and eye rolling plot holes. But at the same time it was undeniably gripping and the mystery was really well worked to keep you watching.

The cliffhanger ending mercilessly left Control Z on a precarious knife-edge though, before Netflix finally green-lit the show for a follow-up. Fast forward a year and all our characters are back. So does the second season stack up to the first? Well… yes and no.

Directly following on from the first season, the story here sees the school rocked with the news of Luis’ death. With Gerry pinned as public enemy number 1 and Raul shunned by everyone following his antics at the NONA, a much more hostile school year lies ahead. So predictably everything goes wrong when a new hacker shows up.

Calling themselves the “avenger”, this new hacker sets out to avenge Luis’ death. They demand Gerry be brought to them, starting up a bloodthirsty lust for revenge. These manifest in some pretty shocking ways, and even hang a sense of dread as no one appears safe from this maniacal justice warrior.

While the mystery surrounding the avenger is good, it doesn’t hold a candle to the antics of the hacker in season 1. The writers seem to know that too and in a bid to combat that, Control Z feels a lot grander in scale. There are burning buildings to escape from, people buried alive that need rescuing and even a bees nest thrown in a public bathroom.

All of this gives off a much more urgent and dangerous feel to proceedings, which leans into the vibes this show manages to nail so effectively.

Where Control Z is less effective however, is with its characters. Sofi continues to exert a mixed bag of obvious observations and wild assumptions (which are usually always right) while being mixed up in a half-baked love triangle that just sort of fizzles out midway through the run-time.

Despite its flaws though, finding out who the avenger is will keep you glued until the very end. There’s a compulsive desire here to try and figure out just who this person is, and part of the fun comes from that guesswork.

Going in blind is the best way to watch this one, and the 34-40 minute chapters seem designed for a quick binge over several nights. Control Z is certainly not going to win any awards. It’s also a much more mild offering compared to Mexico’s more spicy dishes. Despite all that though, it’s an undeniable guilty pleasure and remains an enjoyable watch, flaws and all.