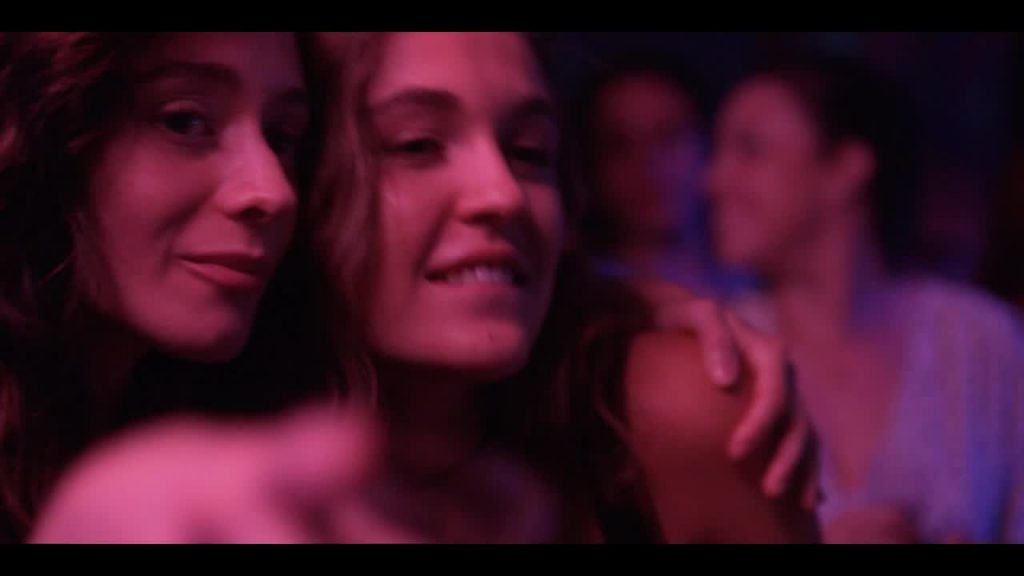 Twenty-four hours earlier, we see Alba Lorens (Elena Rivera) and Bruno Costa (Eric Masip) are in the blush of new love as they navigate life in Madrid; they’re from the same coastal hometown and they know that everyone back home would be shocked by the fact that they’re together. They’re both going to spend the summer in their hometown, but Alba doesn’t want to drive down with Bruno’s rich buddies, because they don’t know about her yet.

She stays with her brother Toño (Franky Martín) and his mistrusting wife Miriam (Candela Cruz); Bruno stays with his aunt Clara (Bea Segura). Alba spends part of her first day meeting her on-again-off-again, Tirso (Jorge Silvestre), to tell them that they’re through, news he doesn’t take well.

Alba and Bruno look to meet up that night at a local pub, but Bruno’s rich buddies — Jacobo and Ruben Entrerríos (Álvaro Rico, Pol Hermoso) and Hugo Roig (Jason Fernández) — catch up with him and tell him it’s guy’s night. In the pub, Alba and her friend Bego (Caterina Mengs) encounter some rude bachelor party guys, which is when an unknown hand drops a drug in her drink. As the drug takes affect, Alba stumbles around the town, followed by Jacobo, Ruben and Hugo. They carry her off, and then we see her wake up on in the sand the next morning.

That sets off a series of events and coverups, involving local real estate magnate Víctor Entrerríos (Tito Valverde), the grandfather of two of the boys; Miriam blackmails the boys’ mother Mercedes (Adriana Ozores) when she finds evidence near the site Alba says she was raped. As Alba remembers the bits and pieces of the night more, Bruno realizes who raped her, but when he confronts his friends, they give him some shocking news.

Alba is based on Fatmagül’ün Suçu Ne?, a Turkish novel and TV series that pieces together what’s supposed to be a complicated case. Alba can’t seem to get the authorities to believe that she was drugged and that the sex wasn’t consensual. Meanwhile, Bruno’s disgusting buddies contend she was willing — and they say Bruno was there. Then there’s the matter of the fact that the Entrerríos family, due to close a major land deal, will do anything to cover this up, using a combination of threats and copious cash. All of this tests Alba and Bruno’s relationship — and this is before Alba inevitably figures out that Bruno’s friends are the ones that raped her.

There are some artificial machinations that get us here, namely the fact that Alba isn’t introduced to Bruno’s buddies before they embark to their hometown. So you almost know that when they keep him away from Alba that first night — after buying the drugs they used on Alba from Tirso — that they were going to be the ones who attacked her.

Could this circumstance have been put together in a more organic manner? Maybe, but it likely would have taken longer, and it was worth straining credulity to get to the tangled web that this event creates.

Elena Rivera is so good at showing Alba’s bewilderment and pain — there’s a closeup where her face twitches as she lies down, barely able to contemplate what happened — that we want the show to be more of a treatise about believing women who are victims of sexual assault. But by the end of the first episode, the soapier aspects of the story — the cover-ups, the class privilege, the blackmail, the political intrigue — will overwhelm Alba’s very real struggle to be heard.