Under the Amalfi Sun 2022 Movie Review
Skip to content 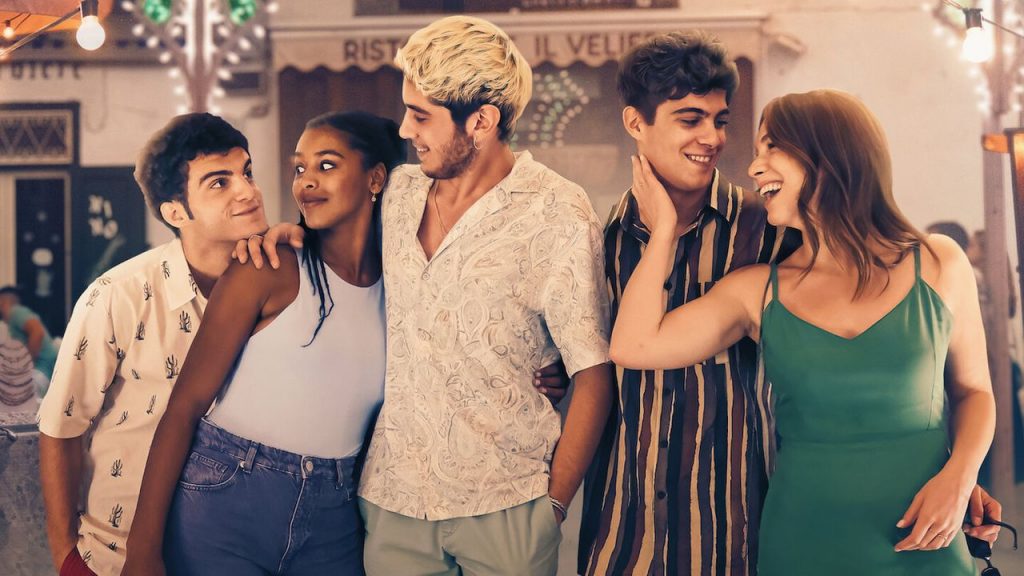 Under the Amalfi Sun 2022 Movie Review

Vincenzo and Camilla meet after a year of living apart and decide to go on a vacation at Amalfi. Natali, Camilla’s friend, and Furio join them for the trip. Irene and Lucio are also heading out on a trip to Sicily. In Amalfi, Furio falls for a girl named Rebecca, and Natali falls for Vincenzo’s childhood buddy, Hans. However, these pairings do not hit it off initially. Furio realizes that Rebecca is a self-centred pretentious girl. And Hans makes it clear to Natali that he is not looking for love.

Problems arise in Irene and Lucio’s relationship because of Roberto. Failing to solve those, Vincenzo mediates their issues while still grappling with his own failing relationship with Camilla. Eventually, everything falls into place, and love wins. Vincenzo and Camilla evolve as people, Furio learns a new aspect of knowing people, Natali overcomes her fears, and Irene gets back with Lucio.

The cast and their performance are decent. The roles in Under The Amalfi Sun are not extraordinary that might require great acting. Any decent actor can perform it. Vincenzo played by Lorenzo Zurzolo, might be slightly challenging, but still, there were no close-up shots for the viewer to judge his expressions. However, he does an adequate job in playing the character.

Camilla, played by Ludovica Martino, is honestly disappointing yet again. She has no expressions or even average subtlety while playing the character. Neither was her character well explored. Irene, an anxious mother, played by Isabella Ferrari, is a well-played role. She does a good job at showing the anxious, over-protective nature of the role on the screen. Apart from them, other actors playing Furio, Natalie, Hans, and Lucio are okay with what they are doing on screen.

The writing was decent. As a movie with “feel-good” as its genre, Under The Amalfi Sun does an average job at making the viewer feel good. Of course, it makes no sense to compare such movies with masterpiece romantic films as this genre is getting widely popular for exotic shots in Europe and ordinary stories of people falling in love. Thus, holding it up against films of a similar ilk, this one stands tall.

The dialogues were thoughtfully written. Characterization has been decently done beside their evolution. Vincenzo’s character has some depth and also represents an important thought process. Furio and Lucio’s characters were quite well written. Besides, the shots were beautiful because it was shot in the beautiful land of Europe. Sound design was also good, referring to the narrative structure.

Eventually, there was no point in the story. It was just another repeated narrative where two rich people are dating and face issues with their love life, and to counter those problems, they decide to take a vacation in a European land with a beach.

And of course, they have their father’s house-cum-resort in the European village, and they spend their time partying, swimming, scuba diving, meeting new people, yet again falling in love, etc. It is a monotonous loop of events that happens in almost every rom-com film. Under The Amalfi Sun is no different.

The sequel might have contributed somewhat to the character development of each actor, but eventually, if Netflix decides to have another sequel of it, the story is going to start from the same perspective as it did after the end of the first movie.

Under The Amalfi Sun is a feel-good movie for only a particular target audience that mostly consists of Gen Z, who are absolutely not cinephiles. The story is a bit creative as it includes perspectives from a blind 20-year-old boy, but the sequel really made very little sense.

Under the Amalfi Sun 2022 Movie Review