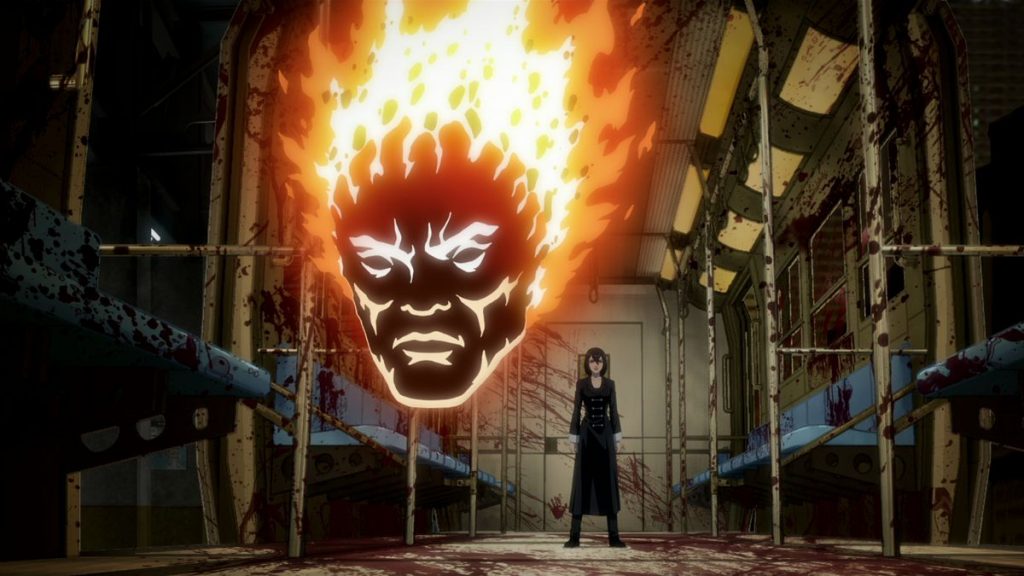 Comic books and Netflix seem to go hand in hand these days, with the likes of Jupiter’s Legacy, The Old Guard and even the upcoming The Sandman providing an alternative to the Marvel Cinematic Universe or the DC version, whatever it’s being called now, but Trese might just be the first time that the streaming platform has done an animated adaptation of Filipino comic book. This is certainly a step in the right direction to widen the Asian representation in mainstream media.

First announced back in November 2018, Trese is produced and directed by Jay Oliva, known for his superhero animated features such as Doctor Strange: The Sorcerer Supreme and Justice League: War. But he’s not flying solo here, as joining him as showrunners on this tale of magic are the original comic creators – writer Budjette Tan and artist Kajo Baldisimo.

Set in modern-day Manila, Trese explores the rich folklore of the Philippines, with tales that are rich in Filipino culture, but likely unheard of outside of the Asian country, including Babaylans and duwendes found in the mythical mystery crime comic it was based on. These are the legendary horror stories that parents tell their children whenever they misbehave, as audiences follow the adventures of Alexandra Trese, the new appointed Lakan (leader) that maintains the balance between the underworld and the humans. With the help of her family and allies, Alexandra learns the ways of her father’s rule all, while dealing with her own personal identity.

A mix of detective drama and the supernatural, with some angst thrown in for good measure, each of the six episodes from the first season centres around different crimes that Alexandra and her team has been called to help out on by family friend Captain Beau Guerrero from the police force. But this series is not episodic in nature, as with each mystery/crime solved, Alexandra gets closer to unearthing a bigger issue surrounding the mystery behind who she really is, and the prophecy linked to the death of her father.

What’s fascinating about Trese is the use of flashbacks that gives a glimpse of how Alexandra grew up to be, as well as the introduction of the ultimate antagonist in the show. You would think that the story would revolve around mysterious small crimes with the initial slow pace, but keeping in mind the flashbacks throughout the series, there’s a greater tale being spun. And it’s also great that unless you managed to read the original comics, there’s no chance that the majority of the audience will be spoiled.

Trese offers a wonderful narrative that explores the world beyond what people can see, going in-depth to the legends and mythical creatures that are usually just told as bedtime stories. From the Aswangs, White Lady, Tikbalang, Tiyanak, it is refreshing to see such creatures being represented and brought to life especially in this day and age.

However, if you are one that gets squeamish when it comes to blood and gore, you might want to take a pass on Trese, as this makes Quentin Tarantino seem bland by comparison. Blood becomes a relatively normal sight in this series rated as M18 in Singapore, though we don’t expect content ratings in other markets to deviate greatly from this.  And just a friendly warning – episode 3 might just be the most gruesome and cruel of all. Nevertheless, the animated adaptation is balanced with the quirky and light-hearted humour between Alexandra’s non-biological brothers, Crispin and Basilio and the inclusion of Hank, a long family friend of the Trese’s.

Another thing to note is the voice acting, which adds to the tone of the show, and then some. Audiences have the choice of watching the English dub, or the original Tagalog version, and both voice teams are great, especially for the lead character Alexandra, who is voiced by Shay Mitchell (Pretty Little Liars, You)  for the English version, and Filipino-actress Liza Soberano for the Tagalog one. Mitchell’s Tagalog pronunciations may be off in some areas, but as a half-Filipino, her presence is already a win for accurate representation.

Additionally, the voice actors for the different mythical creatures such as Nuno by Eric Bauza (Looney Tunes Cartoons, Space Jam: A New Legacy) and Maliksi by Manny Jacinto (The Good Place, Top Gun: Maverick) also manages to bring out the legendary mythical creatures to life with their high-pitched and raspy voices.

Overall, the first six episodes are wrapped in mystical and refreshing narratives of Filipino folklore that show enough to keep audiences enthralled, as they understand the prophecies and destiny that our protagonist will be facing. The legends that were originally known to be feared due to their terrifying nature, is definitely one to keep an eye out for as an animated series.

The first season is short but impactful, and given Netflix’s track record for not giving shows the chance to build an audience, it would be disappointing if the streaming service were to cancel this before audiences get a richer background. There is definitely much more to discover about the truth behind her father’s disappearance and we’re on board. Fans of the fantasy genre will find this interesting, but even if you’re not, surely you would want to see how an adaptation, based on an award-winning black and white Filipino horror/crime comics would look like.