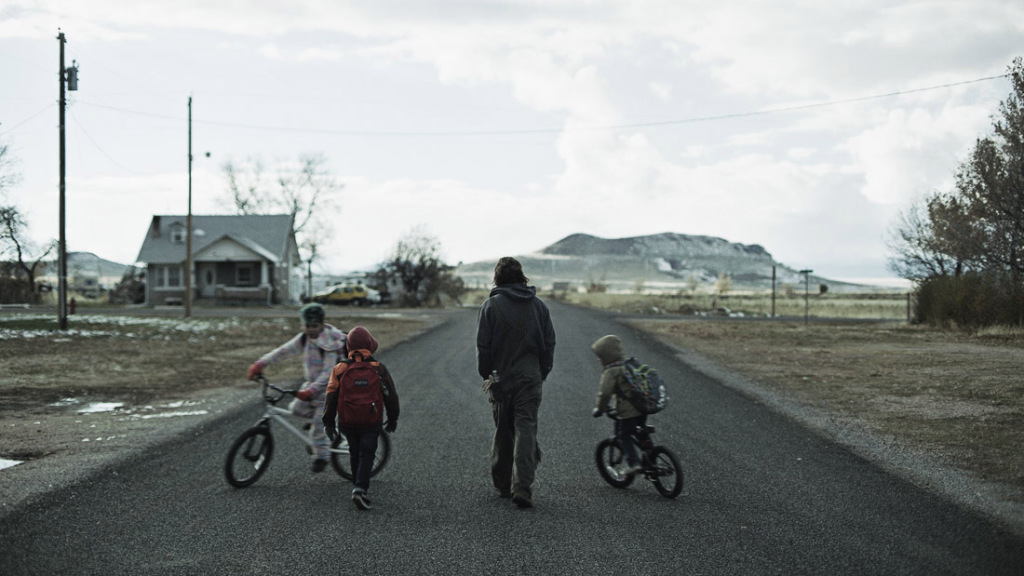 Arri Graham, Ezra Graham, Clayne Crawford, and Jonah Graham appear in <i>The Killing of Two Lovers</i> by Robert Machoian, an official selection of the NEXT program at the 2020 Sundance Film Festival. Courtesy of Sundance Institute | photo by Oscar Ignacio Jiminez. All photos are copyrighted and may be used by press only for the purpose of news or editorial coverage of Sundance Institute programs. Photos must be accompanied by a credit to the photographer and/or 'Courtesy of Sundance Institute.' Unauthorized use, alteration, reproduction or sale of logos and/or photos is strictly prohibited.

‘The Killing of Two Lovers’ (2020) directed by Robert Machoian is another one of those films whose fate has been changed by the pandemic. The premiere took place at the Sundance festival in January 2020. I’m not sure if and how much it got to be seen in theaters, but certainly the business plans were seriously disrupted. Throughout the year, the film was presented at several festivals, it was quite well received, but very few people from what we call the ‘general public’ came, I think, to see it. I confess I’m not sure how he was received. In my opinion, the film starts from an interesting idea, and is well done, with many beautiful moments of cinema. But there is also, I believe, a weaker or at best debatable part, related to the way in which the idea of the film is developed on the screen and transformed into a cinematic narrative.

The story takes place in a small town in the middle of America. David (Clayne Crawford) and Nikki (Sepideh Moafi) are a couple in crisis. Married very young following a love story since high school or college, have four children – a teenage girl and three boys, and their marriage is probably routinely gnawed. They decide to try separation without breaking off the marriage. David moves into his sick father’s house, a few hundred yards away. Nikki meets another man (Chris Coy) who starts spending the nights in their house, where the children also live. David finds it difficult to bear the situation, he would like to return to ‘normative’ family relations, but Nikki does not seem convinced, and for David his temperament, his (lack of) emotional intelligence, and especially his husband macho pride are not good advisers.

What I liked. The cinematography is excellent. Choosing a ‘classic’ screen format to film many outdoor scenes in natural light, using long frames and relating the characters to the nature and houses of rural America, director Robert Machoian and cinematographer Oscar Ignacio Jim?nez achieve an effect of psychological pressure added to what is happening on the screen. Acting is very good, both of the actors in the lead roles and also of the actors in the supporting roles and of the extras. The film has an air of authenticity, we can almost feel the cold winter air from the screen. What I liked less. The film starts from an interesting idea and questions about love and family, but the way it develops seemed to me linear and less captivating. I was more curious to understand how the crisis of the couple David – Nikki evolved before making the decision to separate temporarily, and how they came to this solution, which opened the Pandora’s box with the problems presented in the film. There is an imbalance in the relationship between the two spouses as shown on the screen, and it is perhaps due to the fact that David’s character is much better defined than that of Nikki, whose attitudes and decisions seem less justified. Robert Machoian is a screenwriter and director whose interests seem to be focused on the genre of films that describe personal and family relationships. I would be curious to see him evolve into other genres, he deserves to be watched.