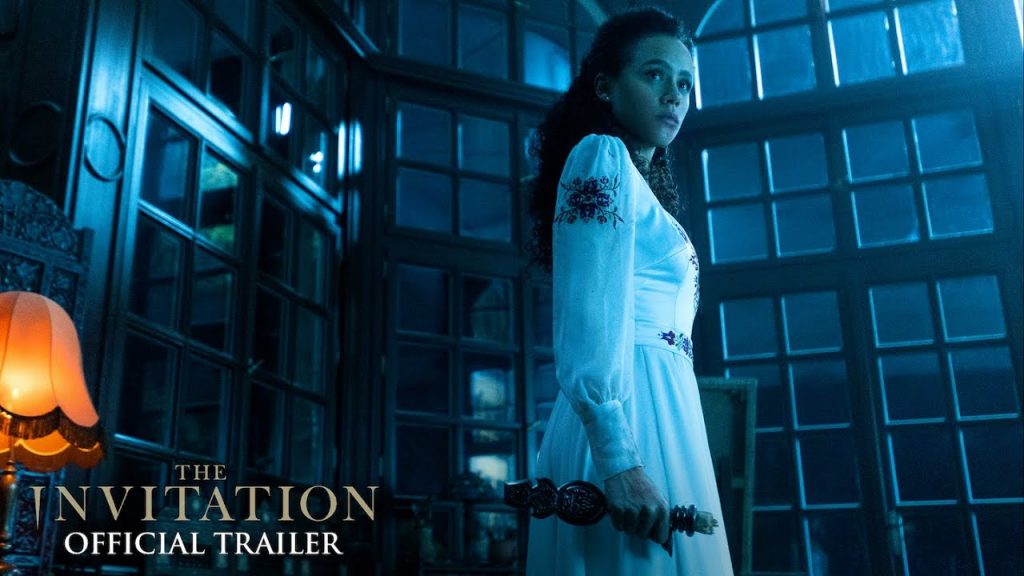 The Invitation is loosely-inspired by Bram Stoker’s Dracula, so it’s recommended to bring some garlic bread with you when it comes out in theaters. After losing her mother, a young American woman, named Evie (Nathalie Emmanuel), decides to take a DNA test to find out if she has any other living relatives. It turns out that she has a long-lost cousin, Oliver (Hugh Skinner), whom she meets at a restaurant. He invites her to travel to England to meet the rest of her family at an upcoming wedding.

Upon her arrival, Evie is dazzled by her aristocratic host, Walter (Thomas Doherty), and his lavish estate. He courts her during her stay, and she is taken with him. As the wedding day draws closer, she asks more about who and where the bride and groom are, only to be given vague and mysterious answers. As she’s putting the pieces of the puzzle together, she learns that this family has a sinister surprise in store for her.

The bride-to-be turns out to be none other than Evie herself, with Walter as her intended. His charm quickly turns to menace as she tries to escape her increasingly violent and dangerous hosts. Evie will have to fight her way out of this nightmare if she wants to live to see another day.

Director Jessica M. Thompson has taken on another feature film after her successful debut with The Light of the Moon. Her next endeavor, The Invitation puts a modern twist on a gothic classic, co-written by Thompson and Blair Butler. The horror-thriller features Game of Thrones actress, Nathalie Emmanuel, Thomas Doherty (Gossip Girl), and Stephanie Corneliussen (Mr. Robot).

Originally titled The Bride before switching to the new title, this movie is produced by Emile Gladstone (The Curse Of La Llorona), and executive produced by Thompson and Michael P. Flannigan (Pitch Perfect). The movie’s production companies are Mid Atlantic Films and Screen Gems, with Sony Pictures Entertainment distributing its theatrical release in August 2022. Here’s everything you need to know about the movie.

As you can see in the trailer, it goes a little more into detail about Evie and her reasons for wanting to take the DNA test and find out if she has more family members. It also shows the level of violence to be expected in the movie, but most importantly, it shows that Walter and the other guests at his mansion are basically vampires. The trailer doesn’t flat out say that they’re vampires, but between the fangs, the blood-drinking, and the stake in the chest… it’s definitely a vampire movie.