The House Next Door 2021 Movie Review
Skip to content 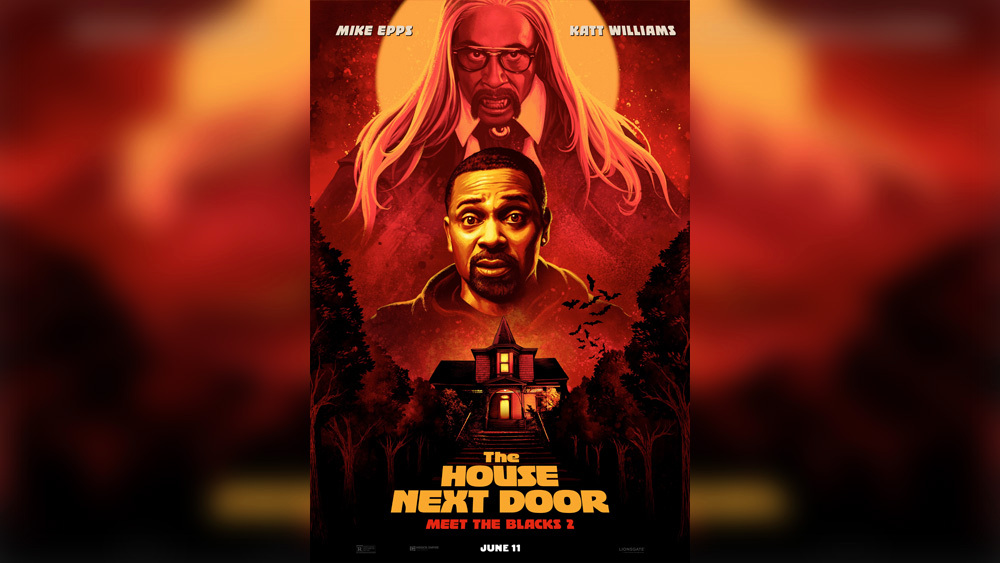 The House Next Door 2021 Movie Review

Unless you have attained rationalist nirvana, chances are you are vulnerable before a good spookfest. The House Next Door plays on all the fears we bury under our intellectual protestations against the existence of paranormal activity: the fear of what lies beneath our beds, what lies beyond that bend in the corridor, behind that closed door, or buried in the history of the house we occupy. Many of these unknowns have been used in the past, but the manner in which writer-director Milind Rau taps them is refreshing.

The centerpiece of the action in his film though is our subconscious dread of what stands outside the window of our home in the dead of night, in the house across the street, and in the darkness beyond especially in isolated suburbs and the countryside.

Obviously the goal of any horror flick maker is to manipulate the audience, but Rau does not leave room for a viewer to become conscious of his effort. Part of the reason is that his terror tactics are neatly understated, unlike too many screechy Hindi films in the genre. The other is that he scares the bejeezus out of us to such an extent that there is little mindspace left to think.

For the record, although The House Next Door is in Hindi, it has not emerged from Bollywood. It is a Kollywood film made simultaneously in three languages: in Tamil as Aval (meaning: She), released last week to critical and audience acclaim; in Telugu as Gruham (Home); and in Hindi as The House Next Door. This triad has been produced by its leading man, Siddharth, who has also co-written the story with Rau.

The film begins with a fleeting prologue featuring a Chinese woman and her daughter, who appear happy together before the audio cuts to worrying sounds emanating from their house. This is pre-Independence India, circa 1934.

At first, the only intrusion in Krish and Lakshmi’s peaceful life is Jenny’s open flirtatiousness towards the youthful and handsome doc. When a character seems to become possessed though, all hell breaks loose.

The cleverness of The House Next Door lies in the fact that it simultaneously draws on our irrational anxieties, our embarrassment at our lack of logic while watching a scary movie and our hope that there will be a logical reason for the goings on. (Not a spoiler, but you may wish to skip to the next paragraph) The exercise is exemplified by a smartly handled scene involving a family gathering to address a senior member which, to my mind, was written with the awareness of our concerns for our children and the dreadful knowledge we would rather wish away, that some fathers are child molesters. (Okay, read on)

The House Next Door is packed with surprises. Every department plays a significant role in mining the sense of alarm it instills in us early on. Lawrence Kishore’s editing is fantastic. In a notable moment, a nomadic exorcist stands in front of the D’Costa home, his figure vanishes in a flash and the scene immediately switches from day to night – the transition is done in such a way as to leave the viewer wondering whether the man has magical abilities and actually disappeared, or whether he was faded out merely to show the passage of time.

Cinematographer Shreyaas Krishna lends an intimidating air of doom and gloom both to his intimate frames in closed spaces bathed in warm colours and his lavish shots of gray, grim open areas and any place outside the two homes.

While dealing with spirits, Hindi cinema has assumed for over a decade now that all it takes to startle viewers are loud audio effects. In The House Next Door though, sound designers Vishnu Govind, Sree Shankar and Vijay Rathinam know the value of silences as much as decibels. Their work is complemented by some eerie art direction (watch out for the sinister lighting of that large cross) and well-used music. The result is an unrelentingly chilling two hours and 20 minutes.

None of this would have worked without the strength of Rau and Siddharth’s writing. The House Next Door is not merely aiming at a petrified audience. The messaging woven into the finale is wonderful and unexpected, at first preying on our prejudices about outsiders, then smoothly reminding us that we are no better than the worst we see in other races. It is also worth noting that while Bollywood just served us its Christian cliché in the form of Tabu’s character in Golmaal Again (a woman who says “god” instead of “bhagwaan” even while speaking Hindi), the D’Costas here are a reminder that southern Indian cinema has a better understanding of India’s religious communities. The writers even go into specifics – the D’Costas are Pentecostal Christians. What a pleasure to encounter a team who bother with detailing.

And of course, nothing will prepare you for the traumatic climax or the explanation for the weird occurrences in the film.

The cast is uniformly good, though Atul Kulkarni must get a special mention for keeping us guessing about his character’s motivations. Model-turned-actor Anisha Angelina Victor is impressively credible. And Siddharth’s chemistry with Andrea Jeremiah is palpable.

(Spoiler alert by over-cautious critic) That said, The House Next Door is not flawless. I doubt the professionalism of a doctor who allows an emotional parent to intrude on a hypnotherapy session. The lesson the film seeks to impart is nicely woven into the narrative, but then, as if the director was not sure of the audience’s intelligence, it is rubbed in our faces with text flashing on screen that repeats a point already articulated by two characters.

Jenny and Sarah are also inexplicably unoccupied. Is Jenny a college kid on vacation or looking for a job? Is Sarah too young for school? We are not told.

There is one question bothering me. I get why Jenny behaved the way she did through most of the film, but without revealing anything beyond what is in the trailer to those who have not yet watched The House Next Door, I have this cryptic query that will hopefully be understood by those who have seen it: if those two were trying to protect them, who caused her to jump into that well and why? Think about it. (Spoiler alert ends)

Even if this is a loophole the team did not notice, The House Next Door is excellent fare for masochists who enjoy being repeatedly jolted in their seats in an unlit movie hall. The text on screen at the start of the movie claims that it is based on a true story. Maybe it is time you checked the antecedents of your neighbouring buildings. Who knows what ancient secrets they hold? Be afraid, my friends, be very very afraid.

The House Next Door 2021 Movie Review