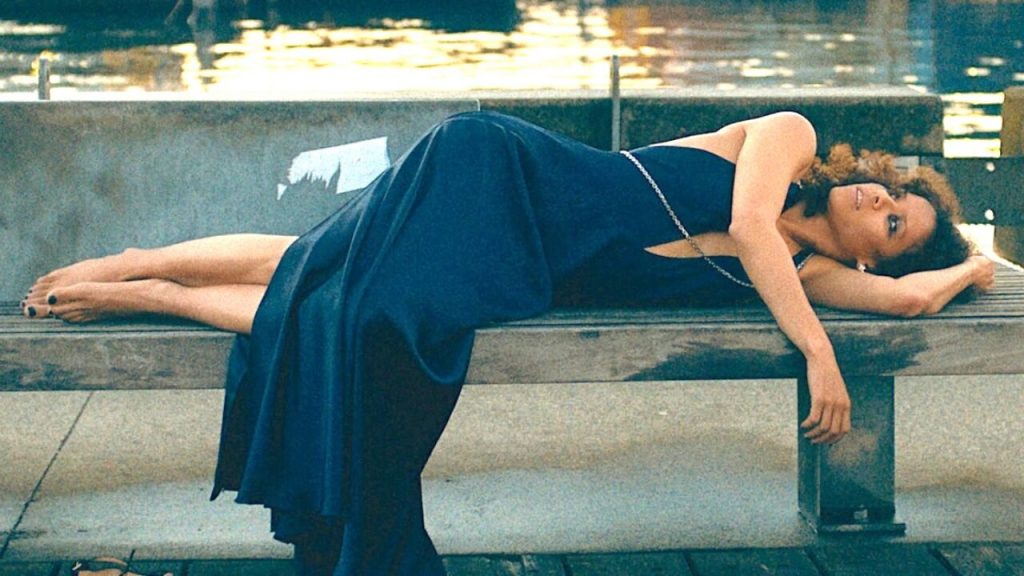 “Surface” is just good enough for a sympathetic viewer to want it to be better. Like Apple’s most recent glossy drama about a woman in danger, “Shining Girls,” “Surface” effectively evokes the confusion of not knowing who or where one really is; here, Gugu Mbatha-Raw stars as Sophie, a woman who suffered a brain injury in an apparent suicide attempt, and now has no sense of who she is. And as on “Shining Girls,” a crystalline depiction of inner turmoil coexists alongside absurdity that grows a bit tough to take.

For conspiracy swirls around Sophie. Her husband James (Oliver Jackson-Cohen) and best friend Caroline (Ari Graynor, excellent) strive to paint a picture of placidity and calm, representing a peaceful and relaxed domesticity as the life Sophie used to know. So why does James seem to be under strain at the office, needing to gin up serious sums of money, fast? And why does Caroline seem to be coaching Sophie to be her “old self” by ignoring the warning signs all around her? An enigmatic figure played by Stephan James keeps appearing, warning Sophie that all is not what it seems, his revelations parcled out at just the right timing for an eight-episode series. But the show’s central mystery, plainly stated to a therapist (Marianne Jean-Baptiste) is within Sophie: “If my life was so perfect, why did I try to end it?”

This line, preceding a smash-cut into the first episode’s opening credits, gives a sense of what we’re working with. “Surface’s” bluntness can have a charm to it; Sophie had nearly drowned and has a fear of bridges, so of course she lives in an elegantly shot San Francisco, one of the only American cities where that fear must be confronted regularly. And her past comes up again when she contemplates a painting of Ophelia, Shakespeare’s famously flooded maiden. “Do you know who she is?,” Graynor’s character asks. “Ophelia? From ‘Hamlet’?”

Produced by Reese Witherspoon’s Hello Sunshine (and run by veteran writer Veronica West), “Surface” has a certain book-club-thriller breathlessless; its jaunty indulgence can be intoxicating in doses. But as a binge, the tendency to never settle for a whisper when a shout will do can grow exhausting. The surrealities of the plot exist within a universe where there seem to be no rules — to wit, Sophie finds out that Caroline is not to be trusted by walking into her office and overhearing a conversation from the foot of a staircase, while Caroline sounds off indiscreetly above. The decision not to bother coming up with a more plausible way to arouse Sophie’s suspicions has a certain insouciant blatantness to it, but Mbatha-Raw is doing work that deserves a better project around it.

It’s a pleasure to see this actor at the center of the frame, even if everything around her isn’t quite up to snuff; Mbatha-Raw was badly let down by “The Morning Show,” and up to the season-ending cliffhanger makes the case for herself with endless intriguing shades on befuddlement and alienation. By the time we meet the woman Sophie used to be in a late-in-series flashback, we’re convinced that Mbatha-Raw can do anything within the role. It’s disappointing, then, that her rangy and challenging work is happening in a world where little of the astounding and bizarre events around her have much weight at all.