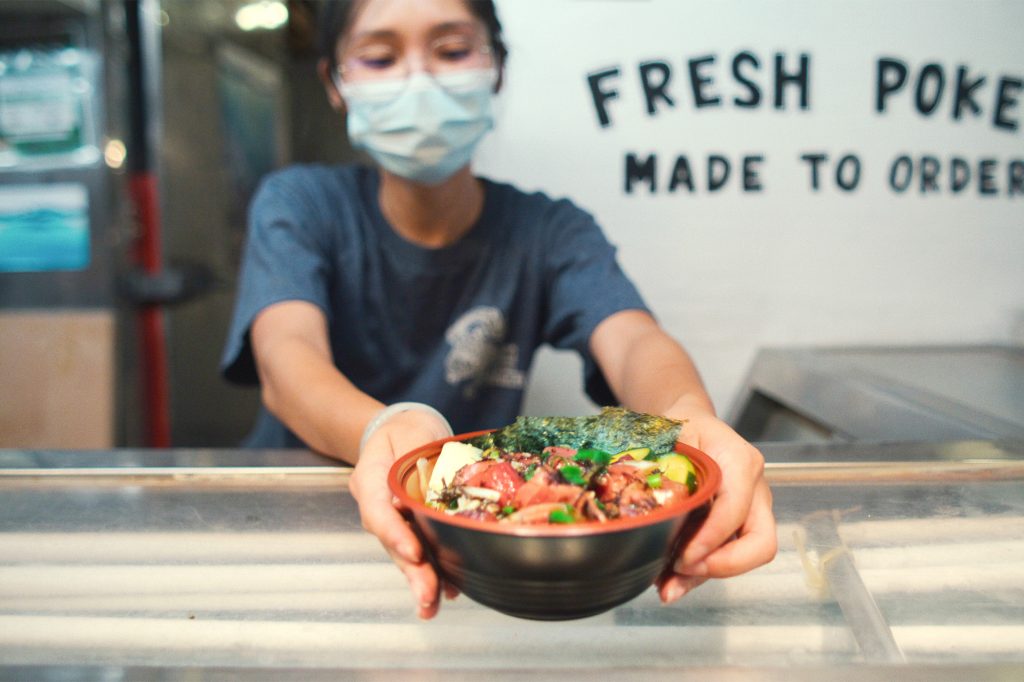 Juan Carlos Acosta sharpens his knife, tosses a slab of pork on the block and stabs it over and over. It’ll go in a big pot of simmering pork fat that he stirs with a paddle – a skill he learned from his father, who used to make carnitas so tender, half of a sideways glance would dissolve them into a puddle of pure flavor. We get a slow, lingering gawp at a plate of Juan’s tacos, which look so sumptuous, you know you’d push a bus full of preschoolers and baby kittens into a lava pit just to taste one.

Juan grew up in a family pretty much held together by pork. He was the youngest of eight. His fondest memories of growing up were of being in the kitchen with his dad. The Acostas were shaken by tragedy when his sister died in an accident; Juan subsequently worked other jobs before he came home and helped expand Carnitas El Momo into a humble food trailer serving tacos that won the top prize at L.A.’s Tacolandia – over a bunch of chef-coated types – and surely regularly makes Instagram’s servers take a knee. We see Juan work the paddle; we see Juan help his father, slowed down by a stroke a few years ago, do exercises with resistance bands. He’s so earnest, we 100 percent believe him when he says making carnitas is his destiny, and that “the main (ingredient) is love.”

Cut into the Acosta/Carnitas El Momo story are several vignettes about other amazing diverse foods served on the streets in L.A.’s cultural enclaves: Churrasco at the Guatemalan Night Market, whose proprietors used to be harassed by police in the days before street vending became legal (although still subject to a complicated bureaucratic process). Filipino skewers at Dollar Hits, which serves 33 different skewers, all priced at a buck each. Hot dogs at Earle’s on Crenshaw, where the wieners are halved and then scored, to get the full flavor of the grill, inside and out.

It’s worth emphasizing this again: Street Food isn’t reality TV. There’s no jaunty music, corny production and editing, and larger-than-life hosts endlessly promulgating about how wickedly baller this food is. Gelb and McGinn take the time to soak in the atmosphere of their settings, and capture the intimate moments between human beings that provide a sturdy, humanistic foundation for some good old-fashioned food porn. By themselves, close-ups of braised pork steaming inside fresh tortillas topped with pickled jalapenos (insert Homer Simpson drooling noise here) only glance off the surface of a story rooted deeply in soul-food culture. But packaged with shots of Juan’s elderly parents holding hands on a bench and watching proudly as their son works in the kitchen, doing what he loves and providing for his family? It’s kind of perfect.

That’s the kind of stuff that makes this series feel more like an in-depth profile of a city’s distinctive flavors and textures than a highlight reel subsidized by the local tourism board. Gelb and McGinn layer in some commentary from L.A.-based food writers and “experts” who provide some necessary broad context, but the filmmakers don’t rely on them to drive the narrative. Rather, they did all the necessary legwork to find the inspiring stories behind the food, so their series isn’t about just food.