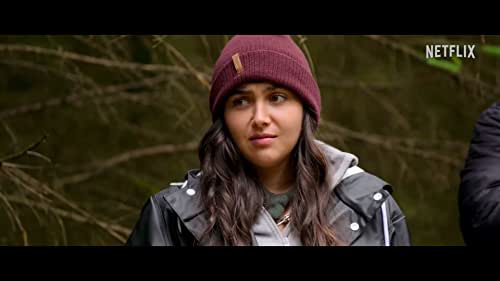 e begin with a definition: “Snowflake (noun): a young adult who is considered overly emotional, easily offended and dramatic.” Welcome to Snowflake Mountain (Netflix). Not so much a place as an insufferable state of mind.

This reality series takes 10 whining “kidults”, tells them they’re going to a luxury villa but actually diverts them to a back-to-basics wilderness camp. The idea is that the experience will teach the spoilt, sulky brats to toughen up and stand on their own two feet, rather than relying on the bank of Mum and Dad.

The cast of slappable 20-somethings includes self-styled “Disney princess” Olivia, who refuses to move out of the family home because she “fears the unknown”, and “chaos queen” Deandra, who’s been fired from every job she’s had. “Funemployed” Solomon orders takeaway food daily and spends $500 per week on his grooming regime. Medical college dropout Randy dreams of becoming a pro wrestler nicknamed “the white collar, billion-dollar, big baller, bougie brawler”.

Several are wannabe influencers. All like to “party”. Most still live with their parents, who fund their lavish lifestyles. Slightly surprisingly, two were Britons: responsibility-averse Rae from Kent and lazy Liam from Warwickshire, a self-confessed “diva” who lives with his grandmother but won’t lift a finger around the house. Makes you proud, doesn’t it? Not really, no.

They compete for a $50,000 cash prize while learning how to connect with nature and survive off the land. Tears and tantrums ensue. They’re scared of the dark, of heights, of pain. When they’re asked to get their hands dirty, they make dry-retching noises. One throws a tantrum because a tree branch touches her. They complain about being “silenced” and demand to “speak their truth”. Each time someone flounces off the show – one lasts a mere 20 minutes – the prize fund decreases.

Putting them through their paces are US military veterans Matt Tate and Joel Graves. This likeably laconic duo are joined for several challenges by bushcraft teacher Cat Bigney, also known as “Pocahontas t—y goddess”. Snowflake Mountain steals shamelessly from endurance contests we’ve seen countless times before, from I’m a Celebrity to SAS: Who Dares Wins. The uniformly youthful casting and pop styling also recall Noughties reality franchises such as Shipwrecked and The Simple Life.

Psychobabble is spouted. We’re told “Mother Nature is the queen of tough love” and to “foster an attitude of gratitude”. If you hear the phrase “comfort zone” once, you hear it a hundred times. Over eight episodes, it hits all the familiar narrative beats: showmance, bromance, zero to hero, cliffhanger. There’s the odd plot twist but these feel like producers making it up as they go along to prop up our flagging interest.

I became so bored, I found myself idly wondering if the show shared its name with the chocolate bar which infamously “sponsored” Anthea Turner’s 2000 wedding to Grant Bovey. Sadly not. That was called Cadbury’s Snowflake, no mention of mountains. Shame. Such a coincidence might have provided some mild amusement, which is more than be said for events on-screen.

In the home stretch, the remaining camp-mates climb a literal mountain. Drama ensues, with one contestant stretchered off by medics. The rest rise to the challenge and there’s a worthy winner. The climax is mildly heart-warming but it’s thin gruel. Love Island with hiking boots instead of bikinis.