Single All the Way 2021 Movie Review
Skip to content 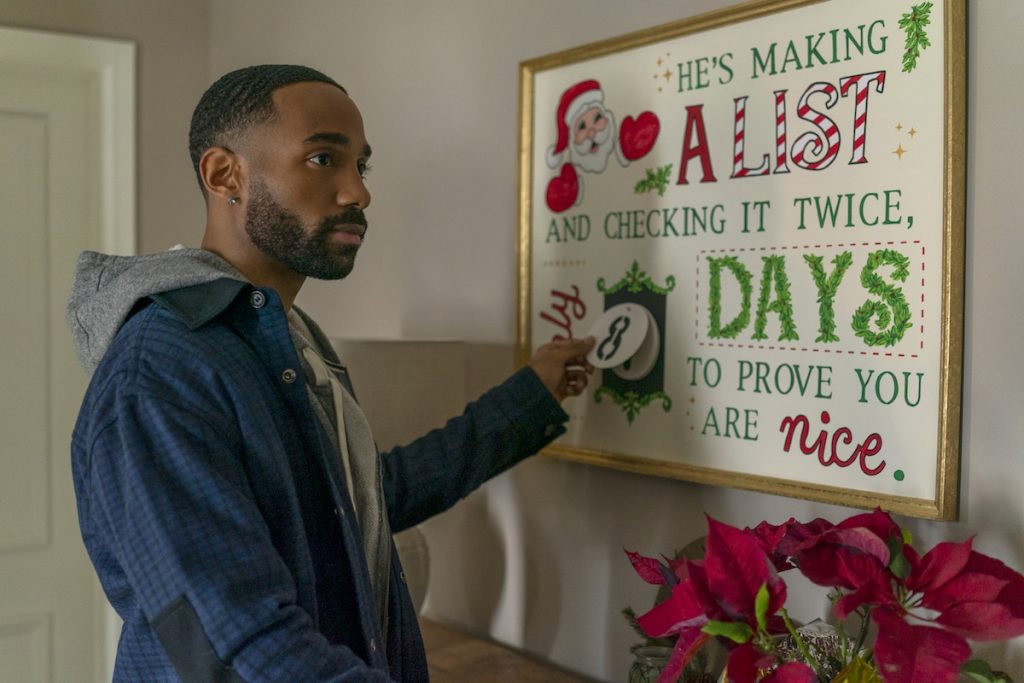 Single All the Way 2021 Movie Review

When Netflix and a producer Chad Hodge previously worked with asked him to write the streamer’s first gay Christmas rom-com, which premieres Dec 2, he jumped at the opportunity. “I really wanted it to be something where the relationship of the main characters was uniquely gay so that you couldn’t switch them out with a straight man and woman and have the story still work the exact same way,” he shares.  The result is the hilarious and heartwarming Netflix film about two best friends who head out of town for the holiday.

Peter (Michael Urie) is tired of being asked why he’s still single, so he asks his best friend Nick (Philemon Chambers) to come with him to his hometown in New Hampshire to be his pretend boyfriend. Their plan is cut short when Peter’s mom (Kathy Najimy) sets him up on a blind date — but is the person Peter’s been looking for already right in front of him?

Single All The Way delivers a strong message about acceptance through Peter’s family, which was a conscious decision made by Hodge. Through all the humorous family antics, holiday joy, and romance, the Netflix film shows audiences what unconditional family love looks like while avoiding tired cliches. The potential impact of that message is not lost on Hodge, Urie, and Chambers.

“Neither of them was coming out, nobody dislikes them because they are gay, and they go home for Christmas without [having] to tiptoe around anything,” Urie explains. It was important to Hodge that Single All The Way feel authentic to the friendships and love lives of gay men. Urie and Chambers are honored to bring a story about queer friendship to Netflix’s global audience. “Queer friendships are often like families,” Urie says about the importance of chosen family. “These guys are best friends, they’re roommates, and bringing [Nick] home for the holidays is simple because the family already knows him and love him; he fits right in.”

“I just love these two guys,” Hodge says about the film’s leads. He’s especially fond of the wit, heart, and vulnerability Urie brings to Peter, a gay man who loves his family but left his hometown for a bigger city where he could be around people like him. “Michael here is just so brilliant at playing humor, empathy, and heartbreak all at the same time,” Hodge says. As for newcomer Philemon, Hodge remembers seeing “a light and sweetness” in his audition tape that made him perfect to play Nick. “What Philemon is so great at is accessing himself, being very open, and putting that on camera,” he shares.

Bringing the pair’s story to life meant the actors needed chemistry, which they had from the moment they met on Zoom. “[Philemon’s] such a natural as an actor, and we had chemistry from the moment we started talking to each other, and it was very important for the movie,” Urie says. Philemon agrees, saying Michael’s vulnerability was an asset in bringing authentic moments to life.

Single All The Way shines in large part thanks to its incredible cast, which includes Luke Macfarlane, Barry Bostwick, Jennifer Robertson, and Jennifer Coolidge. Once he had the story, Hodge made a list of things he wanted to see in a gay Christmas movie, and on that list was Coolidge. “I wrote [the role of Aunt Sandy] with her voice in my head, and that’s something I have never done in 22 years of writing,” he shares. The choice boxed Hodge into a corner if Coolidge turned down the role, but he risked re-writing Sandy to fit someone else’s voice if he had to. Luckily for Hodge, and potential viewers, Coolidge is playing Aunt Sandy.

“Jennifer Coolidge makes anyone laugh,” says Urie. “There’s something universally funny about her, and part of it is she’s a comic genius, but it’s also that she surprises even herself.” Urie teases a scene where Sandy is directing children in a Christmas pageant. “She pulls the on-set tirade on children in rehearsal for a Christmas pageant, and it will make you pee your pants with laughter.”

Hodge, Urie, and Chambers are all excited about the film being available to Netflix’s global audience. “We’re going to be sending a family who loves their gay son unconditionally into that many places, and that’s a very special and daunting and exciting, nerve-racking task,” Urie says of the streamer’s reach. And while there are many accepting families out there, Urie understands the importance of showing the world we want to see. “We live in a world and a time now where a lot more of us are accepting, but a lot more of us still need to be accepting,” Philemon shares. As a Black queer person, Philemon is happy his own life experience is closer to Peter’s, but knows many others who are not as fortunate. “I’m very glad that Netflix is letting us be part of their first gay holiday rom-com that speaks to nothing but unconditional love,” he adds.

The holidays are a time when folks gather with their families in whatever form they take, and Single All The Way is perfect for that. “I wanted [Single All The Way] to be something that everybody could watch together and feel comfortable and excited about watching together,” Hodge explains.

“There’s an instinctual feeling sometimes on the part of non-queer people that if it’s a gay movie it will be too sexy or inappropriate, or the kids can’t watch it,” Hodge says. “You’re automatically over-sexualizing the movie or gay people in general.” Hodge’s sister-in-law reached out about the film after seeing the trailer and wants her children to see this relationship on-screen. “That was exciting to me because these kids are going to watch this movie and their mom wants them to see that this is completely normal,” he shares, adding that he’s excited for families to watch the film together.

“You don’t always know if a movie is going to turn out the way you imagined it when you read it, and this one does,” Urie shares.

Single All The Way premieres Dec. 2 on Netflix.

Single All the Way 2021 Movie Review