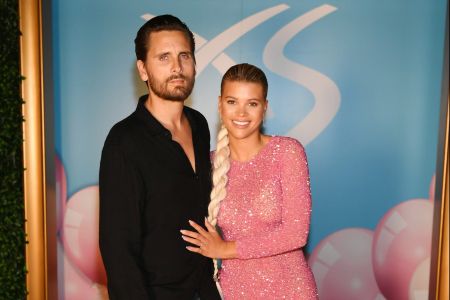 Scott Disick and Sofia Richie broke up in 2020. Fans thought the split is probably because of the huge age gap between the couple. Scott is fifteen years older than Sofia. When the duo started their public display of affection, most people just assumed it to be yet another summer fling and nothing more serious. But the two stayed a couple for a much longer time than expected. Scott has now started dating Amelia Hamlin, who is even younger than Sofia.

Scott is a father of three children whose mother is none other than the famous Kourtney Kardashian. And according to Sofia Richie, Scott will always have a special place in his heart for the mother his children and ex-wife. Sofia claims that Scott will never give Amelia all his love because he is still holding a torch for his ex-wife. During the time of Sofia and Scott’s relationship, she had accepted the fact that no one can take the place of Kourtney in his life.

During an episode of Keeping up with the Kardashians, Scott said that during the end of the relationship, Sofia said, “I don’t want to share you as a boyfriend with Kourtney.” He also added, “And she literally said it with an ultimatum. She said you have to choose me or Kourtney. And I was like but Kourtney is Kourtney and my kids.” She started telling Kim and Khloe how it is a unit for him and he cannot even think of drifting apart from his kids and their mother completely.

According to source, “Sofia had her suspicions on Scott and Kourtney. Sofia understands what Scott said to Kim and Khloe. It was filmed a little while ago and whether or not he still feels that way does not affect Sofia at all.” The source also added, “Sofia has really moved on from the relationship and is focused on doing her own thing and being joyous. Even if Scott feels like she gave him an ultimatum then that’s entirely his point of view but she feels like she never did that.” A person close to Sofia claim that she was supportive to Scott’s relation with his ex-wife.