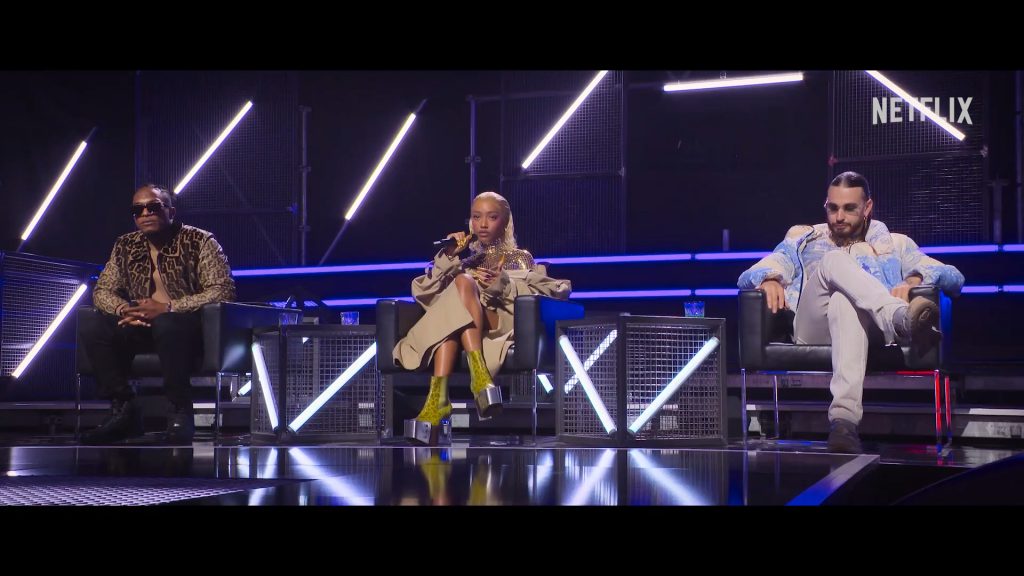 Rhythm and Flow France (Nouvelle Ecole) is a reality competition show whose goal is to find the next French rapper or Hip-Hop superstar. It was released on Netflix on 9 June 2022 and is actually a French version of the American show Rhythm and Flow, released in 2019. It was the first music competition show on Netflix and featured T.I., Cardi B and Chance the Rapper as judges. The concept of the show is that the contestants will sing, write and rap against each other to win a 100,000 euro prize.

In the reality TV show, the celebrity judges include the French rappers Niska and SCH and the Belgian female rapper Shay. There are 8 episodes in the show, out of which only 4 are released, having a runtime of about 36-43 minutes respectively. The following 3 episodes are scheduled to be released next week on 16 June, while the finale episode will be released on 23 June 2022. The show is available in French and English languages with subtitles.

The structure of the show is similar to the American version where the judges will go to their home ground to find some fresh and unknown talents to bring them to the show. SCH is from Marseille, so he meets up with some young rappers, along with his other celebrity friend, Jul who is a French rapper, singer, and producer. SCH finds some rappers named, White N, Juss, STLR, Misa and Dirlo, out of which some will pass the preliminary audition and come to Paris to compete with others.

Likewise, Niska tries to find and audition some raw talents from Paris itself. He invites his musician friends and partner – Takiola and Guy2Bezbar to judge. He is introduced to some rappers like Nebe, Leys, Elyon and Turtle, and some get selected to compete on the show. Meanwhile, Shay being from Belgium goes to Brussels to bring new talent to the competition in Paris. Shay discovers some good talent like Pirate, Fresh Lepeufra, Myra and others who get invited to the main show.

Now that the talents are selected, for the first round, the contestants have to perform in front of the audience and the 3 judges in Paris. Only those who will perform with a good rhythm and flow that will be able to amaze the judges will be selected for the next rounds. One after another the rappers step onto the stage and initially try to hype up the audience before their performance.

However, not everyone is able to perform well under pressure and in front of a big audience. Some forget their bars and stop mid-way, while some still keep going which might work in their favour or maybe not. By the end of the third episode, only 14 rappers are selected and the rest are eliminated due to bad performance or if they didn’t stand out much. The remaining ones then move to the next round where they are divided into three teams of 4-5-5.

They receive a track and the group has to do a freestyle cypher on the given track and perform as a team. There is no audience in this round, however, many contestants mess up their performance or don’t stand up to the level of expectation. Out of this round, only 10 contestants will be selected, which will be revealed in the following episodes next week.

The series on Netflix is similar yet a unique music competition show. As compared to shows on the television where it takes at least 2-3 weeks for the audition winners to move to the main stage, the show also consumes 1.5 episodes on finding talent, but it isn’t full of drama and sobbing stories and moves quickly. We don’t have to wait for long pauses and the drum roll to finally know if someone is selected or not.

Talking about the show, one has to certainly mention the aesthetic use of vibrant colours and LED lights throughout, which gives the show a film-like look. Even the camera angles and their composition is such that performances look like a movie scene where the underdog lead is finally breaking through and spitting bars like fire. Apart from that, talking about the talent, there are a few rappers like Vink, Leys and Houssbad, that definitely shone through. But majorly it felt like many had potential but fell flat due to stress and pressure.

So far the show has been alright, nothing extra-ordinary but will have to wait for the next episodes to see if the remaining contestants grow out of their shells and present something mind-blowing. Catch the show next week on 16 June 2022.