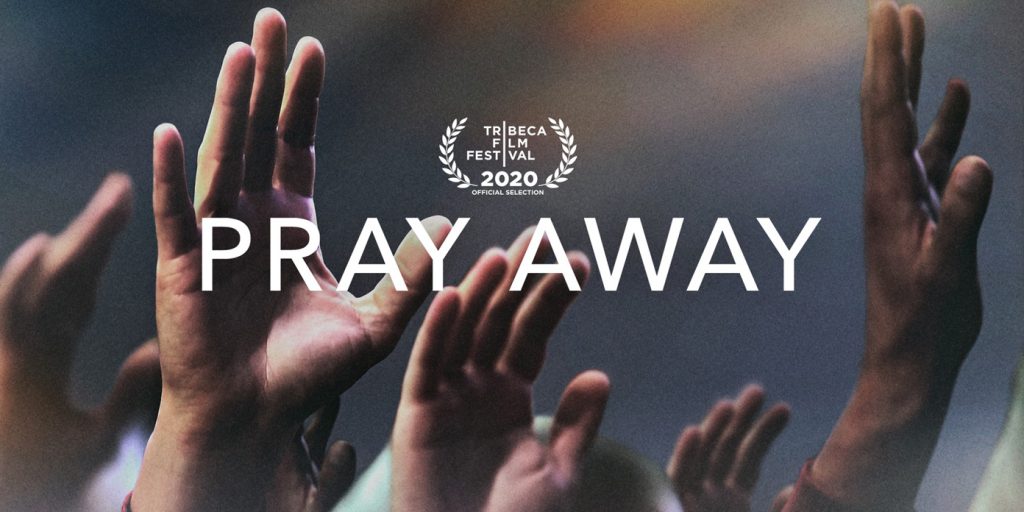 No force is more powerful, and easier to use against someone, than faith. In this case, “Pray Away” focuses on a slew of Christian messengers who used to preach and embody gay conversion therapy ideals, leading various organizations with their destructive, heteronormative idea of family, faith, and freedom. Hundreds of thousands of people have embraced this thinking that looks at homosexual urges as part of a psychological problem, a result of some trauma, a leftover from some bad relationship with a parent. Many of the people interviewed in this somber documentary bought into this teaching while facing their own backstories of self-loathing; “Pray Away” is about giving them screen-time to affirm how all of it is a painful lie.

Director Kristen Stolakis profiles a handful of people who experienced this horrific, traumatic journey, and acted as advocates to make people “ex-gay.” John was a major public figure for gay conversion—he even appeared on Newsweek with his wife Anne, an ex-lesbian—and reveals here just how much of it was a lie, including how he couldn’t admit any ongoing struggles once the spotlight was put on him. It was all about the lie, and people like John had their public lives and speeches constructed from their supposed feats against their homosexuality. Meanwhile, Michael talks with great regret about creating Exodus, the first gay conversion organization in the late 1970s, and the success it had. It is so incredibly sad to see a pamphlet for Exodus, with its rows and rows of smiling young men and women, the picture placed above the motto, “Join the Movement!”

“Pray Away” also focuses on the story of Julie, who became a type of public speaker as a young woman, with her stories about being pushed away from her original feelings as a lesbian. She did not lose the faith after ditching the toxicity of her former leaders. Clutching the hand of her fianceé, she’s seen in B-roll preparing for a wedding that would have been previously unthinkable.

Stolakis jumps between the many life stories in this tragedy with little focus, and lets them matter-of-fact. “Pray Away” is exactly the kind of documentary it appears to be from the beginning, and that’s part of the disappointing problem, even if it makes clear the harrowing details within. Slathered with a score that makes the sadness of each passage unmistakable, “Pray Away” narrows its purpose to be simply informative; it is too artistically flat to have the emotional peaks that would give its own otherwise vital message some dynamic, or make it more impactful beyond its very subject matter. The nuance mostly comes here from the empathy it asks of the audience to accept the former messengers, in part because the documentary is not going to challenge them beyond making them recall their pain.

There’s a larger context to this story of people being forced to obey, and turned into PR devices for vacant causes, one’s that preach preaching judgment and prey upon self-loathing. These institutions want the power over the sufferings’ souls, and also their votes. Stolakis goes a little bit into the bigger picture about how these individual experiences are part of a larger conservative supremacy that affects politics and constituencies, but it feels like that could have been a larger focus without losing the point of how harmful gay conversion therapy is.

Threaded throughout the doc’s slightly too slow and steady pacing is the story of Jeffrey. In modern times, he preaches about his experience of going from transgender back to heteronormativity, and leads his group named with the intentional political/religious vagueness of “Freedom March.” Stolakis’ character films him as he meets random people in a shopping plaza, and later as he holds an assembly in the streets of Washington D.C., realizing that he needs to take this message to the larger public. Jeffrey’s story is the most matter-of-fact focus of the whole doc; it does not comment, but show. At the most, he does provide a type of sobering reality check, that for the numerous stories in “Pray Away” that show the destructive nature of gay conversion therapy, there will always be someone trying to harness its toxic power. All in the name of even larger powers that be who, if they truly loved him, would not be poisoning him.