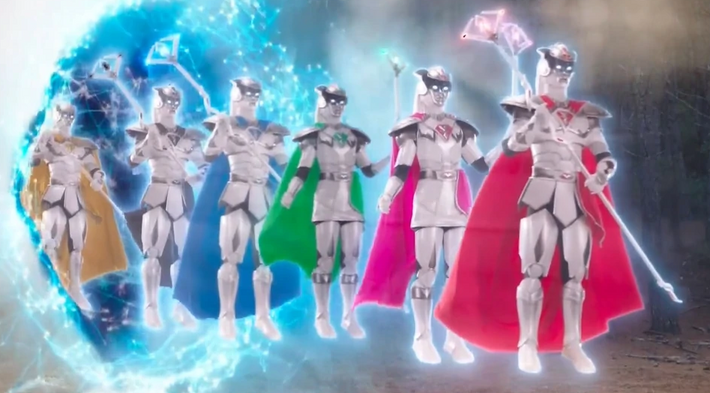 Saturdays are officially Power Rangers Dino Fury days here , and while it’s a little later than I originally planned, I still had a few thoughts on today’s new episode of Dino Fury, New Recruits, which introduced the team’s Green and Black Rangers to the team. Dino Fury has gotten off to a hot start, and the vibe amongst fans was pretty positive with today’s episode as well. Before we get to the community’s reactions, I’ve got a few thoughts on the episode myself, so you can check out my full review of New Recruits below (with spoilers mind you, so you’ve been warned).

New Recruits was probably the most traditional episode thus far in the series in regards to how the story beats play out, but that didn’t stop it from being just as delightful as the first three thanks to the wonderful dynamics at play between the cast and the stellar action sequences, and the new recruits (see what I did there? I’ll see myself out…) only make that team dynamic richer and immediately make a wonderful impression.

Russell Curry’s Zayto continues to be the glue that holds the team and the show together, and the banter and personality contrasts between Amelia and Ollie is one of the most entertaining aspects of the show thus far. All of those elements continue to evolve and solidify in episode 4, though impressively Tessa Rao and Chance Perez already seem to have found a groove for their characters as well, despite only appearing in one episode.

Rao is especially great, and also happens to be responsible for one of the best moments of the episode, as after becoming the Green Ranger she tears the skirt off her uniform, saying she’s just not a skirt girl. It’s a quick moment but it’s extremely well done and is yet one more way to flesh out Izzy’s personality and character without devoting 5 minutes to exposition or a longer but possibly more heavy-handed moment, and maintaining that pace and balance is something Dino Fury does extremely well.

The Sporix themselves have been kind of hit and miss, and Boomtower isn’t exactly what you would call memorable, but it really doesn’t matter who they’re fighting. Dino Fury’s major thus far focus has been on making you care about the greater battle (finding the Sporix and communicating with Zayto’s home) and getting you invested in the Rangers themselves as people. So far the show is excelling on both fronts, and it shows no signs of stopping anytime soon.