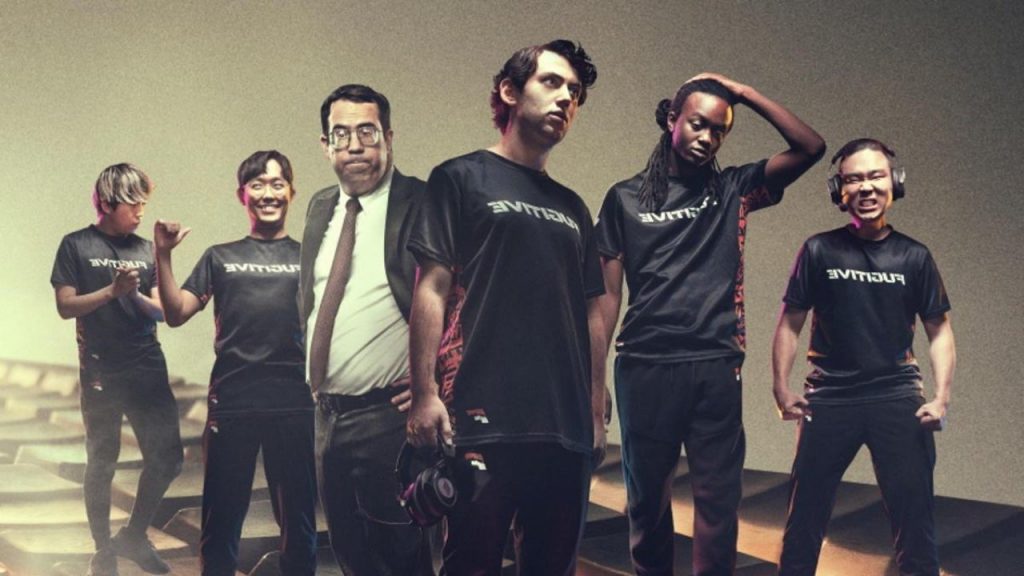 Chances are you’re either deeply familiar with the wide world of gamers and streamers, or you’re so completely unaware of how far it reaches that the very idea of “esports” is enough to make your head spin. As part of the latter camp, but with a sister very much entrenched in the former, I approached “Players” — the new Paramount+ comedy about a professional gaming team wrestling for relevance — with equal parts caution and curiosity. Could this scripted show delving into what makes gaming so huge make me finally understand why? Or would it rely on niche enough jargon and humor that it’d fly right over my head?

After watching the better part of its 10-episode season, the answer is…well, a bit of both. But in framing the series like a classic sports docuseries in the vein of a “Last Dance,” co-creators Dan Perrault and Tony Yacenda (of Netflix’s fantastic “American Vandal”) make it easier to come to the show with even scant knowledge of the arena in which its characters are playing. By making all its team members recognizable archetypes (e.g. the cocky star; the mysterious ingenue; the steadfast coach; and so on), “Players” doesn’t need you to understand everything that’s going on in order to grasp the stakes and what drives its characters. All you really need to know is that “Players” is a show about competitors who started playing a game they love, turned that passion into lucrative careers, and have grappled with the consequences of that choice ever since.

Even when it strays into the weeds, you don’t have to understand all the intricacies of Twitch to understand why these themes work on a basic story level (though as with anything, some base knowledge certainly wouldn’t hurt). As with Apple TV+’s “Mystic Quest,” “Players” is about gaming, but also about what happens when friends become coworkers, and when you turn your favorite thing in the world into your job.

The first episode picks up with the once dominant gaming collective Fugitive trying to recapture their glory days by winning an elusive League of Legends championship. Ringleader “Creamcheese,” (Misha Brooks) aka Trevor (but they all go by their gaming handles), is nowhere near the titan he used to be, so can’t help but feel threatened by the arrival of 17-year-old phenom, Organizm (Da’Jour Jones). Throw in the fact that his best friends Kyle (Ely Henry), April (Holly Chou), and Frugger (Matt Shively) have become his coach, business manager, and weakest teammate, respectively, and it’s safe to say that Fugitive’s runaway success has thoroughly rocked Creamcheese’s once unfailingly awesome world.

Though Creamcheese and Brooks’ performance both gain more depth as the season goes on, centering his story above all others is “Players”’ weakest choice. Despite Organizm’s importance as the future of gaming and Fugitive alike, his relative introversion makes him a difficult character to crack in this format, and it takes the show too long to do it. A player like Nightfall (Youngbin Chung), or teammate turned streaming shock jock Guru (Moses Storm), make for entertaining enough side quests, but still deserve more than they get in their ostensible spotlight episodes as Creamcheese’s arc still takes center stage. There’s a version of “Players” that might’ve worked, too, if it had focused more on Kyle and April, a committed couple and the adults in the room even when they don’t want to be.

Toggling between the present day and the timeline that led to this point, the series unfolds in half-hour mockumentary style episodes that let everyone talk straight to the camera about how they see their parts in Fugitive’s ongoing history. As with “American Vandal,” Perrault and Yacenda mimic the tone, look, and feel of their inspirations — in this case, docuseries like “The Last Dance” and “Formula 1: Drive to Survive” — so exactly that it becomes easy to forget that the show is, in fact, scripted. The punchlines of “Players” aren’t as overt as those on “Vandal,” a show that followed two more obviously ridiculous mysteries set in high school. In fact, calling “Players” a “mockumentary” might be technically accurate, but feels spiritually wrong. That might make it less laugh-out-loud funny, but it also makes it more complex. While so many others might have approached the world of esports with an eye for the hyperbolic, there’s absolutely nothing mocking about the way “Players” explores it as a community, and it’s a better show for it.