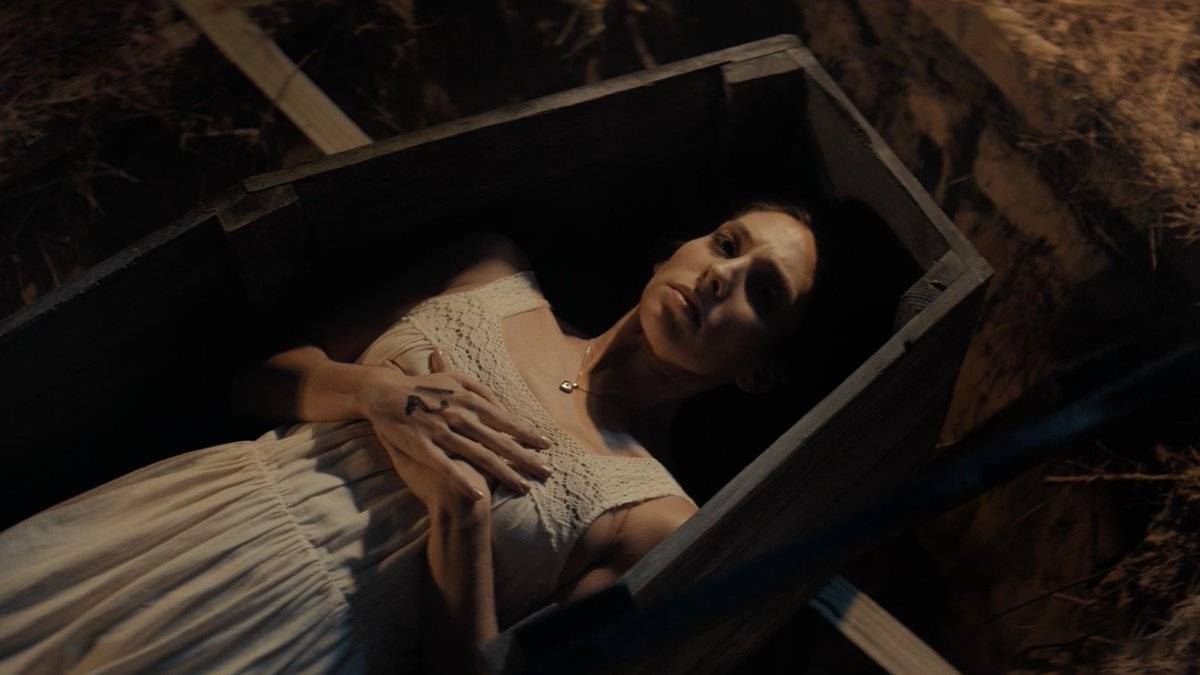 A new action-packed teen drama is coming to Amazon Prime soon. The upcoming series, Panic, has a premise as intriguing as its name, involving high school seniors and a high stakes, terrifying competition.

Panic is created, written, and executive produced by Lauren Oliver, who adapted her own 2014 young adult novel of the same name. The show was picked up for a series order by Amazon in May 2019, as reported by Deadline, and is now finally making it to viewers’ screens. At the time of the announcement, Oliver told Deadline, “I am excited that Amazon is broadening its scope to include stories of emergent adulthood, and grateful that Panic will be among their first generation. This has already been my favorite kind of project: long, thrilling, challenging, and immensely transformative. And we haven’t even started pre-production!”

That long journey is finally coming to fruition with the approaching release of Panic. Here’s everything we know so far about the upcoming project

Just last week, Amazon announced the release date of the YA adaptation: Panic will premiere on Friday, May 28, 2021 on the Prime Video streaming service. Amazon typically releases the entire season of their shows at once, so the same can be expected for Panic, which will have ten episodes (via theFutonCritic). After several years of development, pre-production, and filming, the project will finally become available to fans of Oliver’s book and new viewers alike.

In terms of who will be interested in checking out the new teen-centered show, Amazon Studios head Jennifer Salke told Deadline, “Panic tells a story aimed at young adults, but anyone would be pulled in by the compelling characters and high-stakes drama brought to life by Lauren Oliver. She is a rare talent in her ability to capture this generation so authentically.”

Further, with no preview out yet and a fast approaching release date, we can likely expect a more in depth view into the show via a trailer — which will likely pull in more interested viewers.

The cast of Panic, which is listed in depth by EpicReads, is filled with mostly new faces making up its teen-led cast. The novel the show is based on has two leads, both of whom take turns narrating: Heather Nill and Dodge Mason. Heather will be played by Olivia Welch, who has most recently appeared in Netflix’s Unbelievable and will appear in the upcoming Netflix horror trilogy, Fear Street. Dodge will be portrayed by Mike Faist, who is best known as the original actor to take on Connor Murphy in Broadways’ Dear Evan Hansen, which even earned him a Tony nomination

The adult cast includes Enrique Murciano (Bloodline, The Blacklist) as Sheriff Kean and Bonnie Bedelia (Parenthood) as Anne, a guardian to Heather. And rounding out the essential cast would be Nancy McKeon (The Facts of Life) as Jessica, Dodge’s single mother, and Rachel Bay Jones (Modern Family) as Sherri, Heather’s estranged mother.

Per EpicReads, the drama series centers on a notorious competition held every summer for the graduating seniors of a small town in Texas called Carp to compete in. The competition involves a series of high stakes challenges, with a large sum of money as a prize to the winner, which is seen by many as their only way out of the small town. This year, when Heather and Dodge are of age to enter, the rules of the game have changed and the financial prize has increased significantly — but with the major caveat that the game has been made even more dangerous than before.

This general synopsis is all we know about the series so far, but considering the novel’s author is heavily involved with the show, the adaptation will likely follow its source material closely. In the novel, Heather never planned to enter the competition but finds herself motivated by the money as a means to an end to get out of Carp and away from her neglectful mother. She enters alongside her best friend Natalie, while their other best friend Bishop tries to dissuade them from doing so. Meanwhile, Dodge is harboring a dark secret, which is not only his motivation for entering but the very thing he believes will fuel him through the challenges and into victory. Some of the challenges featured in the book include staying the night in a haunted house and walking across a wooden plank 50 feet above the ground, amongst other horrifying tests.

It seems there is more than enough compelling material for a binge-worthy, entertaining new drama. We’ll have to see how Panic unfolds when it premieres next month.