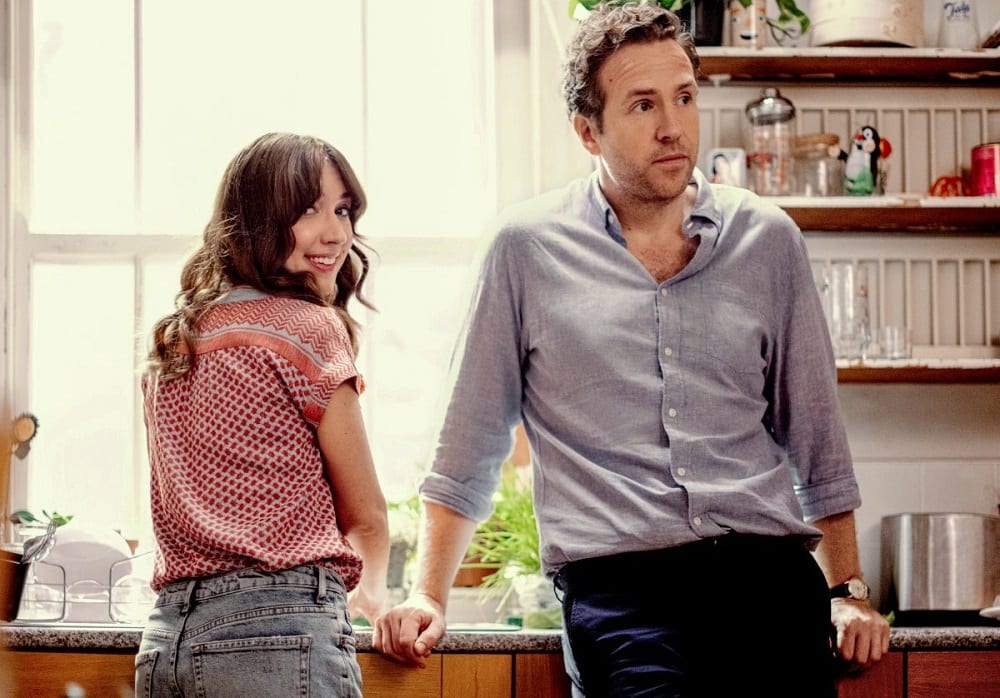 Can a comedy be both annoying and funny? Can it be treacly and poignant? Can it be subtle and platitudinous? Deep and superficial? And more to the point, if you’re the kind of person whose concept of great British comedy is the menacing, cynical cruelty of The Thick of It, should you really be reviewing a show that is expressly designed as highbrow comfort food for nice urban liberals? Would you enlist a man who would struggle at this exact moment to find a pair of dress pants anywhere in his home to review the new summer line from H&M?

Yes, Trying is a little corny, a little preachy in its aesthetics, and yes, the adventures of Jason (Rafe Spall) and Nikki (Esther Smith) can quickly become cutesy and tiresome, and yes, I kind of hate the buoyant, whistling interstitial music, and yes, every single episode is going to do some very overt emotional targeting followed by an indie-Starbucks montage of characters looking sad or satisfied or devastated or triumphant in that unmistakable Grey’s Anatomy style. (The obvious comparison here is to Ted Lasso, another Apple comedy. But where the earnestness of that show succeeds, the deflections and winks here have a distancing effect, as if deep down they want to avoid the hard moments.)

There is a part of me—a person in his late 30s whose mind has been corrupted by decades of exposure to increasingly absurd comedy—that can’t stand it. But after watching the first four episodes of the second season, I’m forced to admit here and now that yes, I will watch the rest. Which probably says more than any of the hedging above.

I don’t actually hate it. I actually think it’s kind of funny, and sometimes very funny. There’s a scene in the pilot where Nikki throws a man’s phone in the water in a way that feels forced and unsatisfying, but in order to cover their tracks, Jason is then forced to throw another person’s phone in the water, which suddenly turns hilarious. In another scene, their adoption counselor—the outstanding Imelda Staunton—tries to emphasize the difficulty of raising two children by saying, “I should know. I’ve raised two happy, well-adjusted children… out of four.”

In the first season, Trying sets itself the difficult challenge of making a comedy out of one of the most fraught topics available: Children. It’s a topic even close friends avoid, and whose chief battleground tends to be lifestyle message boards crafted with the purpose of destroying your mental health. Nikki and Jason learn early on that they’re not physically able to have children, and the bulk of the rest of the season, and the second as well, centers on their attempts to adopt. And while there are a few ham-fisted moments—super-moms twisting the screw by proclaiming undying love for their children in front of Nikki—it’s handled for the most part with an admirable delicacy. The plot also manages to stay compelling, despite the fact that it’s bound to follow some predictable rhythms; namely, that the story has to break their hearts over and over.

In the end, the writers’ skill on that front probably atones for other blunders. Jason and Nikki are written as flawed and self-deprecating, and the writers take pains to show that there are younger, cooler people in this London universe. But the show can’t hide its abiding love for hipster chic, and the aesthetic pervades. Nor is there a ton of depth here; in place of character development, we have people jumping into canals after ferns and other dramatic acts. All this might have seemed like harsh critique for a 30-minute comedy even ten years ago, but when you see what other comedies accomplish in a similar landscape, it’s impossible not to think that even Trying could… try… a little harder.

Then again, my mind doubles back and begins to believe every critique is asking it to be the kind of show I prefer, rather than the one it is. What if light-hearted tear-jerker is just fine as a comedy genre, and what if it does so well as middle-class urban comfort fare that it even semi-intrigues someone like me? What if it has hit its mark exactly, and I’m just mad that it’s not Fleabag?