No One Gets Out Alive 2021 Movie Review
Skip to content 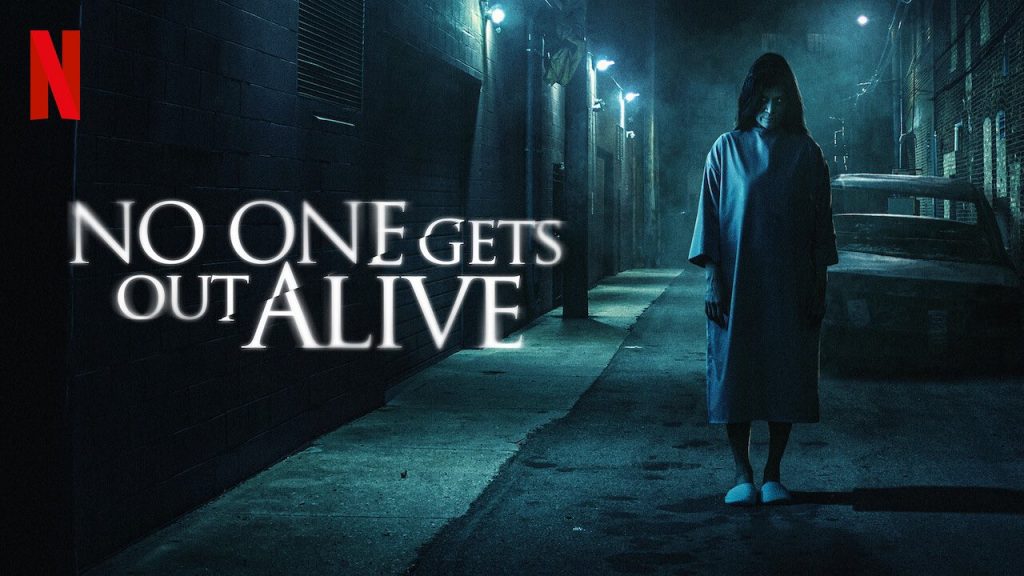 No One Gets Out Alive 2021 Movie Review

This was an unexpected gem. I went into it not having seen the trailer. It’s a modern day gothic horror, except it takes place in a women’s only boarding house in Cleveland instead of a mansion. The boarding house has a secret that is gradually revealed. The boarding house has gatekeepers that protect and hide those secrets. It has ghosts and supernatural elements, even some brief gore. Cool things happen in the shadowy areas of the frame to get the attention of the protagonist. She gradually uncovers the secrets piece by piece.

I thought the practical effects were very well made for a film with this kind of budget. I particularly like the eyes. Very nicely done. The CGI could have been better but I was happy that the film had an eerie mystery to be uncovered and it wasn’t just another dumb jumpscare film. It has some jumpscares, but it isn’t a main feature of the film. It has atmosphere, pace and tension. The symbolism of the butterflies had me wondering until the very end. Then I realized what their significance were. The director landed the ending very well.

I also felt the actresses all played their roles very well, especially Cristina Rodlo. This is definitely worth a watch for gothic horror lovers. I am not saying it will be one of the best horrors of 2021 or blow your socks off, but its not too shabby. I enjoyed it. I’ve seen lesser horror films with significantly larger budgets and A-listers and not nearly as creepy as this one.

For a small budget film, this one did very well. Dolby Vision HDR & Dolby Atmos is a plus! I’ve seen some other reviewers give this film a 1 out of 10 and calling it the worse of 2021. As a horror fanatic that watches 3 to 5 horror films a week, this film is far from scrapping the bottom like they are implying. I think they need to watch more horror films to be better judges.

No One Gets Out Alive 2021 Movie Review