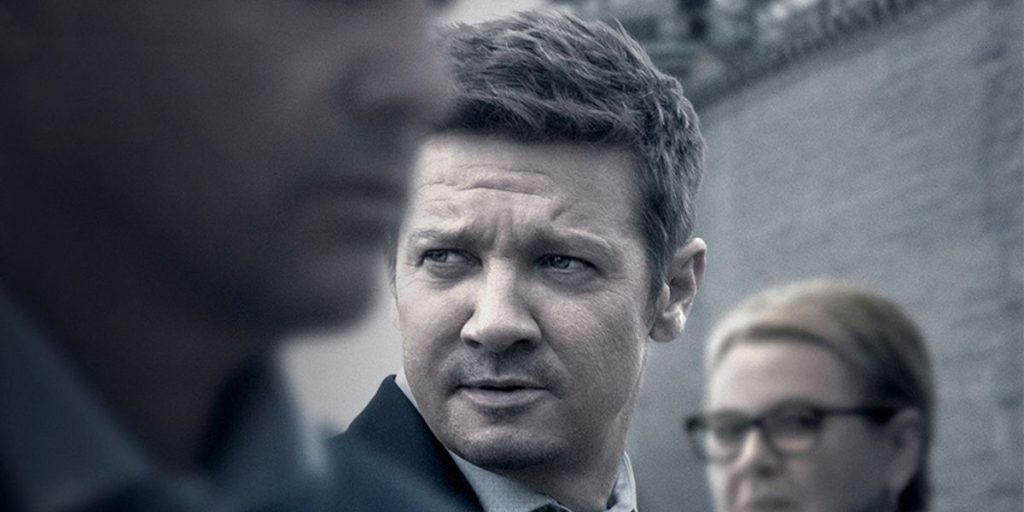 In the upcoming Paramount+ series Mayor of Kingstown, Jeremy Renner stars as Mike McLusky, a former felon who feels trapped in the titular Kingstown, Michigan by inertia and lack of opportunity. A prison town, Kingstown primarily serves as a place that was built to support seven prisons in a ten-mile radius. Mike might be dubbed the so-called “mayor” of Kingstown, but he wasn’t exactly elected; he gets stuff done nevertheless, like smuggling drugs behind bars. Recently, he’s also gotten himself involved in some dirty business with a prisoner named Milo (The Wire’s Aidan Gillen), his stripper girlfriend, and $200,000 buried in the forest.

Mayor of Kingstown, from co-creators Taylor Sheridan and Hugh Dillon, starts in the middle of the story — literally. It opens with Mike paying a kid to volley tennis balls over the prison wall before flashing back two days. But this flashback still leaves us in medias res too. Does Mike have a legit job, or is he just a back alley “fixer” who happens to have office space and a receptionist? Who is Milo and what is going on with that money? Why does Mike’s mom Miriam (Dianne Wiest) have so much anger towards her three sons (Renner, Kyle Chandler, and Taylor Handley)?

Those looking for sympathetic characters in this series will likely find none. The police kill a murderer by forcing him into a “suicide by cop” situation. The prison guards conveniently look the other way in order to have an excuse to beat their prisoners. There’s nothing wrong with having a cast of bad characters, but it makes the series feel particularly bleak to be given no one to root for. The most likable character out of the bunch may in fact be Bunny (Tobi Bamtefa), the drug-dealing leader of the Crips.

Representation was significantly lacking in Mayor of Kingstown. The only characters of color were limited to a couple of prison guards, the prisoners, and the Crips, with all of the other significant characters being played by white male actors. But it’s not as though these characters are “saviors,” or could be considered “good guys” in any sense of the term. However, representation for the show’s female characters is even worse. Other than Wiest, who plays a prison teacher and whose purpose in the story isn’t fully explored over the episodes given to reviewers, the only other women of note were the sister of an executed convict, a stripper, and a call girl.

Lacking representation aside, the scene that has lingered the most with me after viewing is the one in which a woman’s brother is executed for the murder of a little girl at a bus stop. Typical depictions in films that take place in the prison complex would have portrayed the moment with overwrought family members and overly concerned guards, but Mayor of Kingstown’s take on the event had more realism, and was, therefore, the most memorable. The execution itself was rote to the guards and warden; those in the gallery mostly seemed awkward and sad without being keyed up. Overall, it was a quiet scene that just served to be chilling, and certainly made for the highlight of the series so far.

Normally, I like to give a show at least three episodes before making a decision on it. I was only provided with the first two episodes of Mayor of Kingstown, and had more questions than answers after viewing. I feel certain that the answers to most of my questions will be answered further down the line; I just wish I knew how long I had to wait. However, I am intrigued enough by the episodes I’ve watched to want to see more of the story, so that is something.

Mayor of Kingstown is not a lighthearted viewing experience in any way. It is a bleak drama series that offers an interesting look at the prison industrial complex, but simultaneously doesn’t seem to bring anything new to the table — and ultimately, it will probably require more than just two episodes to find its footing.