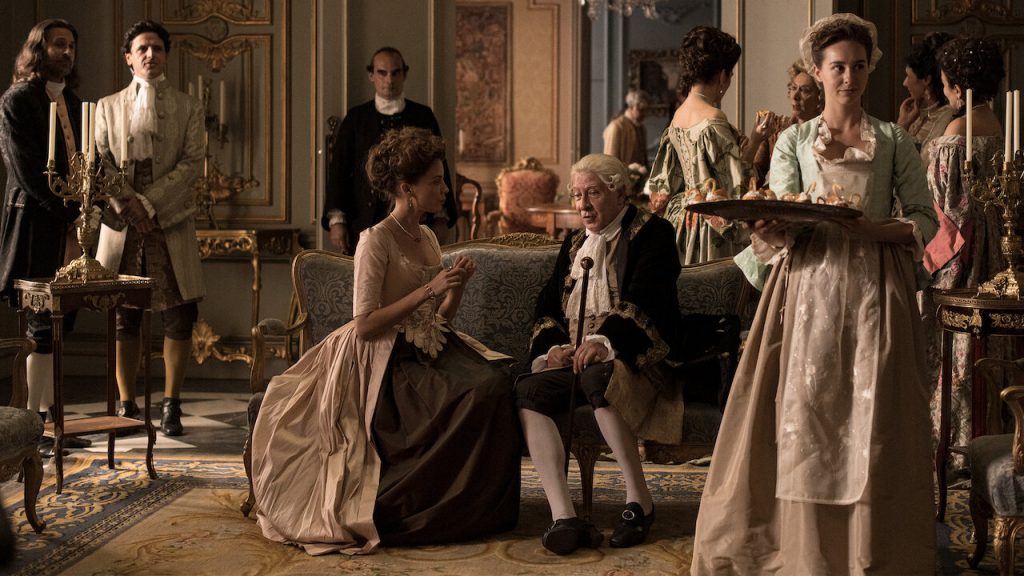 Madrid, 1720. The Duke of Castamar has the court of Felipe V concerned because he has not left his palace for a year. His mother, Doña Mercedes, also does not see with pleasure that he is resisting to recover his social life and fears that he will lose the favor of the king and, with it, that his promotion in the court will stop . To break with this routine, he decides to have a big party, which will also be attended by the kings, with the intention of encouraging him and making him regain contact with his friends. The duke does not welcome this decision with enthusiasm but resigns himself to assuming, at least in the face of others, that it is time to abandon mourning for his wife who died in a tragic accident.

At that time, the ground floor of the palace is also undergoing changes since, although it has not received the approval of the housekeeper, a young cook joins the extensive staff of the hacienda . She is Clara Belmonte, the beautiful and intelligent daughter of a prestigious doctor who died at the front, who is still single. Among other reasons because, since the death of his father, he suffers agoraphobia and hardly ever leaves the house.

With this starting point begins La cocinera de Castamar , the production of Atresmedia and Buendía Estudios that adapts the novel by Fernando J. Múñez. It is a historical drama centered on the Madrid court in which romance, revenge and intrigue are the main ingredients. Because, as is customary in posh salons where period dresses are mixed with the servants’ uniforms, the loves suffered and the confrontations between characters brought up to pretend are the engine of a narrative that is always ready to surprise and please the viewer.

And La cocinera de Castamar achieves it thanks to an agile development, a setting that has not skimped on details and promising characters . Although, at first glance, it may seem that the outcome of the story is clear, the production introduces elements that manage to distract the viewer and make it less predictable. And here everything fits, from the pectorals of Maxi Iglesias to the palace intrigues that are correctly rationed and, at first glance, do not clearly reveal how they will end.

With Roberto Enríquez in the role of the Duke of Castamar and Michelle Jenner as Clara Belmonte, in the cast of this production shot in locations such as the Riofrío Palace or the Linares Palace, we also find Hugo Silva, in the role of Enrique Arcona, the Marqués de Soto, Fiorella Faltoyano as Doña Mercedes or the aforementioned Maxi Iglesias playing the Count of Armiño, Francisco Marlango. For her part, Silvia Abascal will be in charge of putting herself in the shoes of Queen Isabel de Farnesio, the second wife of Felipe V and her main support in the most difficult moments.

Composed of 12 episodes, at its start Castamar’s cook is an attractive production that will delight readers of the novel, but also fans of period series . And although there is still a lot of footage ahead, the first impression left by this colorful historical recreation is almost as good as the premiere of Clara in the kitchens of Castamar. That is not little.