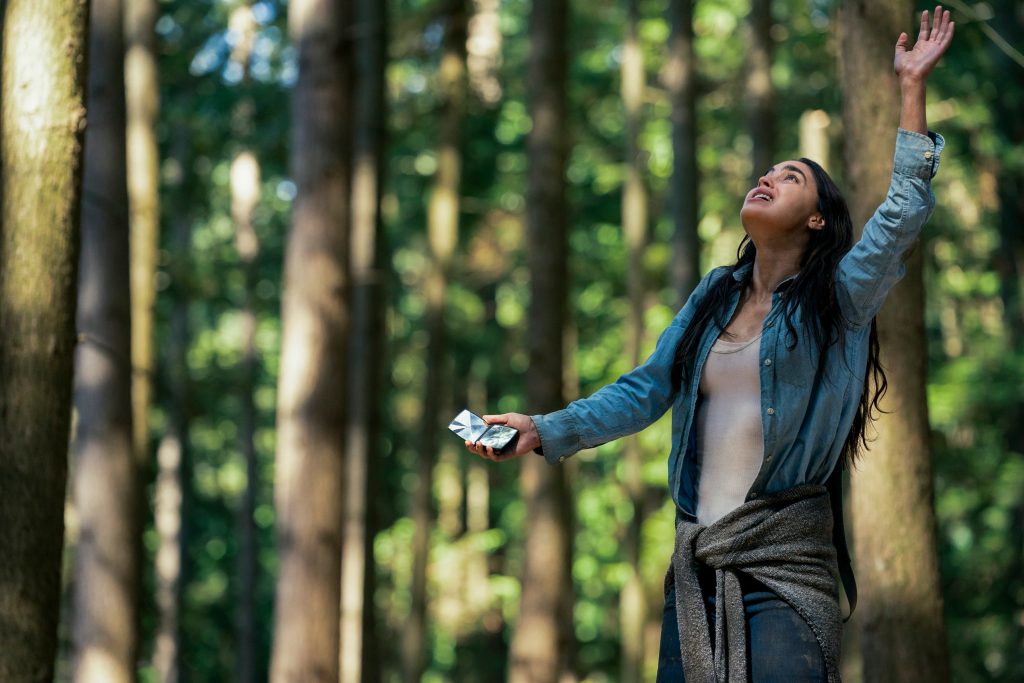 Say this much about “Keep Breathing”: It’s admirably immune to streaming-era bloat.Could its story, of a woman confronting the pain of her past while trying to stay alive after a plane crash, have been told in a ninety-minute film? Well, sure. But in six episodes that hew pretty close to the half-hour mark, the series makes its points, underlines them a couple of times, and then moves on.

Here, Melissa Barrera plays Liv, who is clinging to life (get it?). Liv had the misfortune to wheedle her way into a seat on a small plane headed into a remote area of Canada, which — after an astoundingly unconvincing crash that indicates just how little Netflix is spending on its non-marquee content — becomes her new home. Like a grown-up, corporate-lawyer version of the protagonist of the YA classic novel “Hatchet,” Liv is surprisingly adept at delving into her own resourcefulness to figure out how to survive. She’s also accompanied by the figures who haunt her thoughts, first among them one of the plane’s two co-pilots (Austin Stowell).

The pilot’s taunts egg her on toward survival; as she moves forward through time and energy ebbs away, things get hazier, as other figures from her past, from parents (Juan Pablo Espinosa and Florencia Lozano) to a lover (Jeff Wilbusch), emerge. “Keep Breathing’s” depiction of Liv’s organizing trauma is admirably diffuse — there isn’t one single bad thing that happened to her, but rather a series of vexed interpersonal relationships — but it can also seem unfocused.

Barrera does her best. The performance is strongest in present tense, as parallels between the struggle to survive and slightly less existential pains don’t always land. (There’s one jump cut between Liv vomiting in the forest and vomiting in her bathroom that seems notably poorly judged.) In all, “Keep Breathing” is, despite some nice moments, fairly forgettable — making its great achievement its willingness not to keep viewers on the hook for hours longer than necessary. Sometimes, that’s impressive enough.