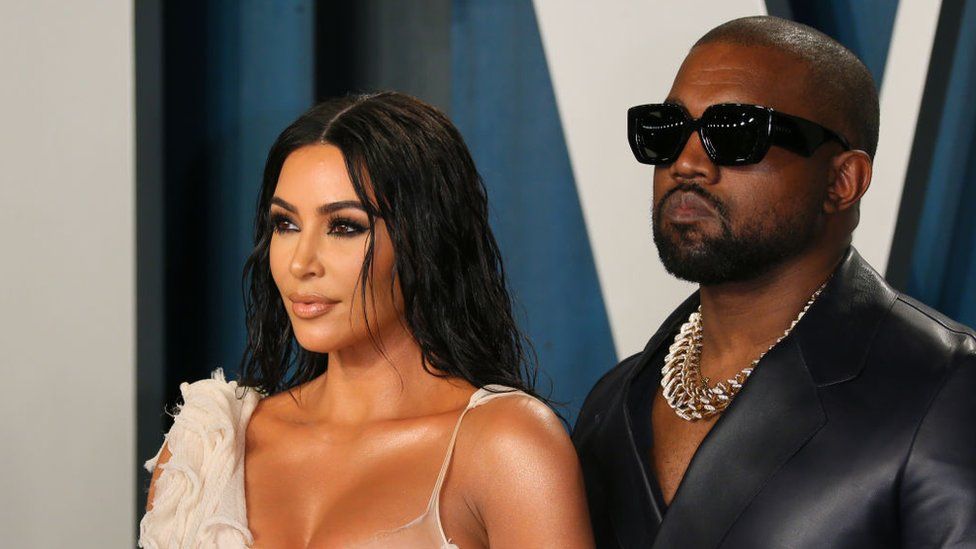 What seemed like a perfect pair comes out to be ‘not so perfect’ anymore. Divorce is not a joke. And it is a hell of a rollercoaster ride for the people involved in it. Well, Kim Kardashian and Kanye West’s divorce is no different. There has been a lot of drama lately in the Kardashian family. There is speculation by Page Six that Kanye West is not speaking to Kim Kardashian at all.

Sources say that Kim has assured Kanye to let him meet the children whenever he wants. There has already been a settlement on who is getting the house after the divorce. Amid all this drama, Kanye has apparently changed his number and has refused to speak to Kim at all.

An insider reported that Kanye even said to Kim, “You can contact me through my security”. Seems like the situation between the two is worse than what we had expected. However, they continue co-parenting their children. Kanye pays regular visits to his kids at home but only when Kim is not around. The co-parenting is going well as of now but with no direct communication between them. There is an unspoken understanding, like when Kanye has to come and see the kids, Kim leaves the house. Kanye spends time with the children. The transition however seems to be easy as they have an army of nannies, according to source.

As per reports, Kim owns all the land around the house but it is Kanye who has bought the house. Kim is willing to keep the place since it is their children’s home. Being absurdly rich has made one thing easy for them. They have decided an easy way out for finances which is ‘You keep your money, I will keep mine”, an insider said.
Kanye has been keeping himself occupied with recordings and other stuff. But he is making sure to spend ample time with his children during this rough ride. As per source, “He is spending a lot of time with the kids and during his home visits a nanny is always around. Kim is not around during his visits on his demand. She is very understanding at this point; she has never stopped or threatened him from spending time with the children. And she has also made sure that Kanye sees the kids whenever he wishes to.”