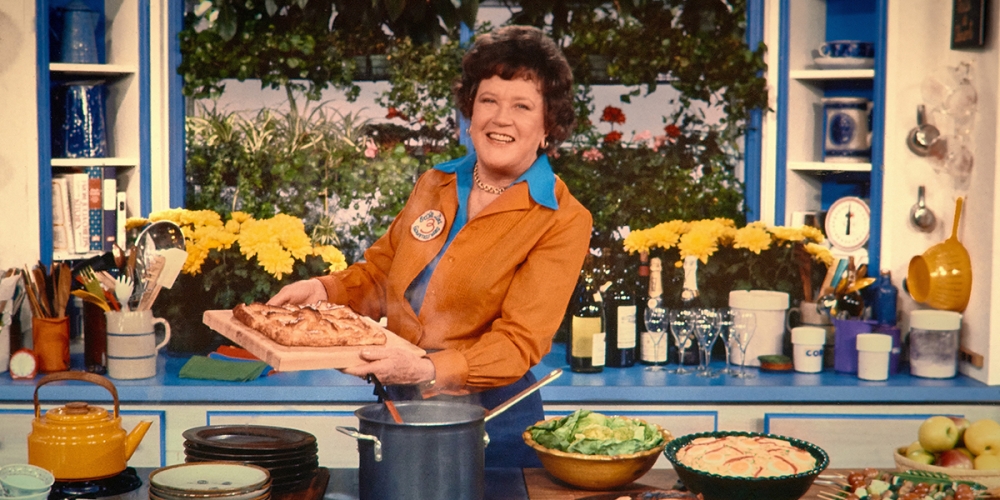 Julia was more than a cook. She was a cultural force. That summation of cooking and TV phenomenon Julia Child begins an exploration into how one of America’s most unique television-era and literary figures jump-started a food revolution. “Julia” brings to life the legendary cookbook author and television superstar who changed the way Americans think about food, television, and even about women. Using never-before-seen archival footage, personal photos, first-person narratives, and cutting-edge, mouth-watering food cinematography, the film traces Julia Child from her well-to-do childhood in Pasadena, California, to the ‘Far East’ during ‘World War II’, where as an OSS worker she met her future husband Paul Child. One of the few women to attend Paris ‘Le Cordon Bleu’ school, Julia Child became a bestselling author in her 50s thanks to the seminal cookbook ‘Mastering The Art Of French Cooking’.

An appearance on Boston public television led to her mega-successful public TV show ‘The French Chef’, decades of celebrity, and a dedication to teaching Americans the joys of cooking. “Julia” is the story of a woman conquering the male-dominated food world, but it’s also a feminist love story; Paul Child served as his wife’s fiercest advocate and loudest cheerleader. “Julia” unwraps how one of the modern era’s most entertaining and vibrant personalities sparked a re-evaluation of the culinary arts and a love of food in the United States as she seasoned her days with romance, curiosity, and a recipe for living life to the fullest. It’s the empowering story of a woman who found her purpose, and her fame, at 50, and took America along on the whole delicious journey.

The love of cooking is now central to American culture, with an appreciation for the artistry of preparing delicious cuisine filling ‘Instagram’ accounts, ‘Twitter’ feeds, airwaves, blogs, and bookshelves. It’s a complete generational shift from the way Americans used to see food, which in the ‘Mad Men’ era of 60-plus years ago ran the gamut from blood-red meat and potatoes to unimaginative processed food. That’s, until one woman changed American palettes; Julia Child brought continental recipes and an excitement about the experience of cooking to kitchens across the United States with her bestselling 1961 book ‘Mastering The Art Of French Cooking’, and then brought her playful and unique personality and her love of food into homes with her groundbreaking syndicated program ‘The French Chef’, which ran from 1963 to 1973. “Julia” shows how the standard at the time for local television programs was low-budget academic shows, with stiff and academic hosts seemingly. We’re going to be comprehensive here and do a magnum opus of French cooking as it had never been done before. It was a big, serious book by a woman, an encyclopedia of food from another culture.

The book meant a lot to people and symbolized something in the culture and especially to American women. And when she bursts onto the airwaves in the 1960s, it was a time people thought there was a certain way a woman on TV was supposed to be, they should have a quiet voice, be demure and petite, preferably blonde, certainly young, and either a sex bomb or a quote-unquote housewife type with every hair in place. Julia was the opposite of all of that, and it was because she became a television star by happenstance. She was a real human being with a great wacky personality, and it turns out, people really liked that. She brought a very French philosophy that food is sensual, and eating meals isn’t a boring thing you have to do; it’s one of the great pleasures of the world. That’s a fairly new idea for a lot of Americans. We take it for granted now that we’ve all of these cooking shows, but before Julia, there wasn’t much. She was unique as a personality in the ’70s, and then in the ’80s, as cable television took off and the ‘Food Network’ and other channels began to see people responding to cooking, the genre grew. It cut across generations to people who aspired to cook and who enjoyed watching other people cook. In 2004, Julia Child succumbed to kidney failure, passing away at the age of 91.

When you think about the great food personalities on TV now, Julia’s idea about cooking is very much a part of it. Food is not just a series of steps to prepare a meal. It’s about making a festive, pleasurable experience for us all to share. The emotional impact of food is huge. When you’re looking at food, it’s as a combination of all the senses: The visual, how you’re smelling different ingredients, the way they dissolve on your taste buds, the texture of it. When you’re cooking, it’s about anticipation and understanding how you’re building the meal. Through the macro food photography, the film brings the audience up close and personal in order for them to see the steam, see the bubbles bursting in gravy, see mmmmmmmm slowed down, gives us inspiration. It’s amazing how alive those food sections feel, partly because of the sound design. Something about seeing those dishes being made just bring to mind a delightful, rolling river.