John and the Hole 2021 Movie Review
Skip to content 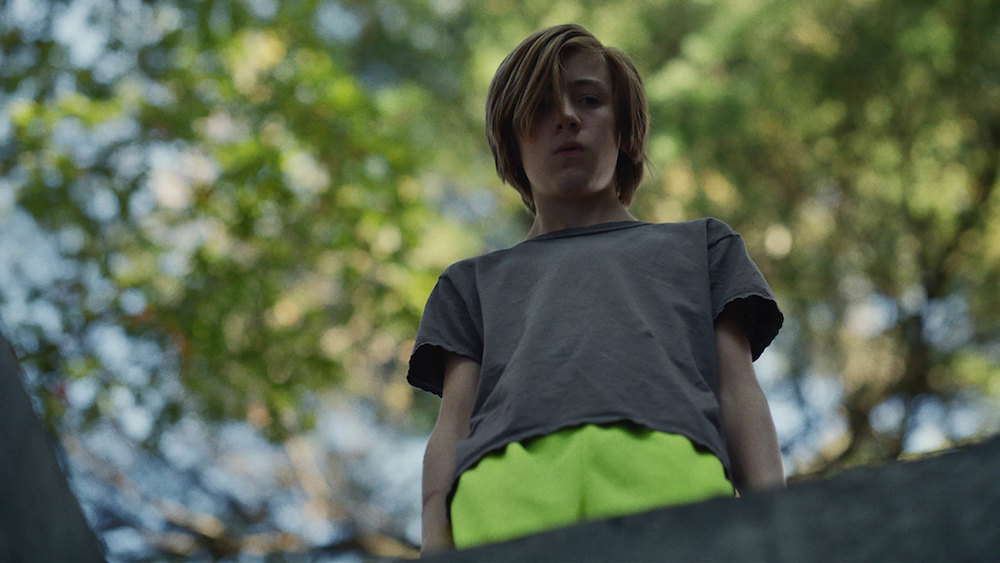 Visual artist Pasquale Sisto steps behind the camera for his first feature along with an exceptional cast. The compact team playing the wealthy family facing a unique crisis consists of Charlie Shotwell, Michael C Hall, Jennifer Ehle, and Taissa Farmiga.

With a stoic glare, John (Charlie Shotwell ) attends tennis lessons, practices piano, and has one friend mainly existing only online. He’s completely disconnected spending the majority of his life alone. One day while out exploring with his drone he stumbles upon an underground bunker.

Later that night, John drugs his family and transports their sleeping bodies into the deep bunker where they’re unable to escape. With his newfound freedom the 13 year old takes his father’s car out for a joyride and checks their back account. After noticing a balance just shy of a million dollars, he purchases a bigger TV for himself. Before inviting his only friend over, John continues tennis and piano lessons while beginning to role play being an adult.

With a screenplay by Oscar winner Nicolás Giacobone themes of isolation, skewering upper class, and the toxic effects of individualism are fully realized. In particular money is constantly displayed as a central theme of adult relationships. A subplot with the one of my favorite underused actors Georgia Lyman is intentionally confusing but important nonetheless.

Sisto and Director of Photography Paul Ozgur shoot in a tight 4:3 aspect ratio. Through the use of long lenses they frame the large house and surrounding woods in a surveilled perspective that feels claustrophobic. While the vision and story are original, I kept thinking of Michael Haneke’s “Cache” and “Funny Games”. Both of those films involve bourgeois couples in disturbing situations while the films maintain a clinical evaluation of history and society. Just like his stories “John and the Hole” is reminder that the past never stays buried.