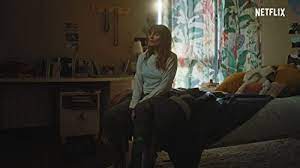 ‘Intimacy’ taps beautifully into the emotions of a person after her private moment is made public. The series depicts how cybercrime can play havoc with an individual’s life, and it beautifully captures the emotions of the two characters after their lives go upside down. This political drama with crime at the center hinges on some exceptional performances by its characters. It’s a slow burner that peels the layers one after another, and the outcome is more than satisfactory.

‘Intimacy’ begins when Malen is all set to become the mayoral candidate of her party, but the sudden leakage of a sex tape gives a serious jolt to her candidature. Another story runs parallel to Malen’s story and it relates to Ane, who commits suicide after her nude video is released to her colleagues at her workplace. While Bego, Ane’s sister, takes it upon herself to unearth the truth with help from Alicia, a cop, Malen, on the other hand, decides to take matters head-on. She makes it a mission to destroy the party she was dedicated to after they ask her to withdraw her candidature, apart from finding out the people who were behind the leakage of her video and get to the bottom of the truth.

Normally, series’ from Spain look and feel different when compared to their counterparts from Scandinavia. But ‘Intimacy’ does carry a tinge of Scandi noir aura which actually heightens the appeal of the crime drama. ‘Intimacy’ deals with two stories at the same time but at no point do you get confused as they often keep intersecting with each other. Both are actually case studies of how social media plays havoc in the lives of women who are at the receiving end of such crimes.

While this crime drama is fast-paced, the pace does slacken at times when family moments occupy the screen, but otherwise, it is bestowed with all the traits that make a series bingeable. It’s a serious story, and the screenplay keeps you invested in the proceedings. Both the stories are equally powerful and full marks to the makers for doing a balancing act. It’s tough to say which one is more powerful.

This series delivers some worthy performances, and that’s another reason why this series works. After having shown her acting prowess in ‘Money Heist’, Itziar Ituno is back again with another credible performance. In the role of Malen, she looks every inch the part. As an ambitious and determined politician who has her own vulnerabilities, she packs a punch. The same holds true for Patricia Lopez Arnaiz who plays Bego in the series. Ana Wagener in the role of the cop and the intermittent appearances of Veronica Echegui as Ane too are performances that you will remember after you have watched the series.

It’s one of those series that makes you pause and think. But the real beauty of the series lies in its female characters. They all look determined, confident, strong and ready to take on the world. Look out for the water reference in the series, which is metaphorical. The series begins with the death of Ane when she takes a plunge into the sea. Later, we see Malen resorting to water surfing after the chaos of work gets better of her and finally, Malen’s daughter Leire fascination with dives into swimming pools. ‘Intimacy’ is a relevant series in the #MeToo era and, despite its intense and serious milieu, is actually bingeable.