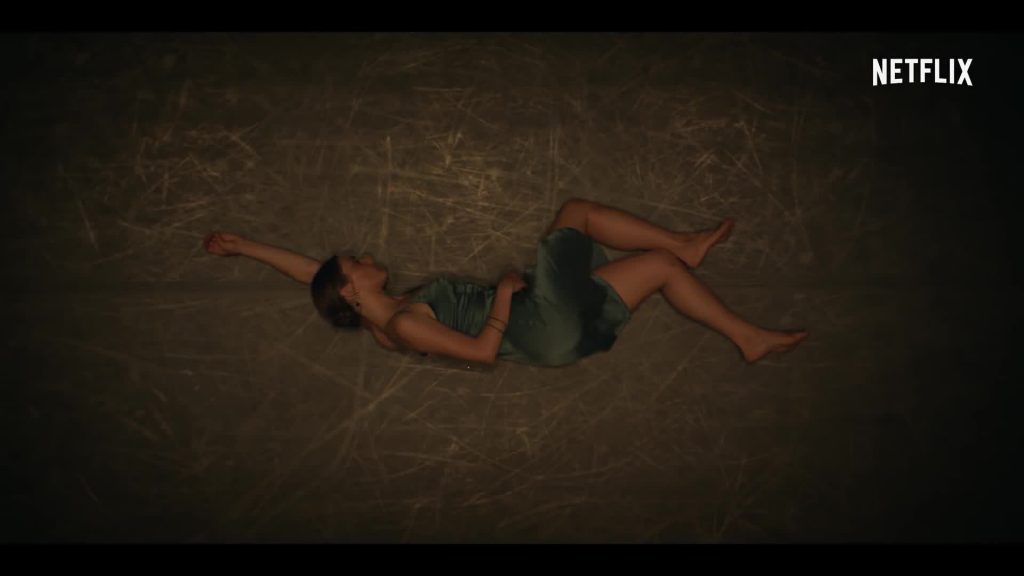 If the new Netflix drama Hit & Run were a Disneyland ride, it would be the Mad Tea Party. It offers a lot of narrative spinning and whiplash, and some viewers will be happy to be dizzied by it.

For a while, I was completely engaged by the show’s aggressive spinning. But after the fifth or sixth major twist, and at least as many events that seemed like they could have been the climax, I took a deep breath and pondered: “What could possibly be left in the tank for the rest of this nine-episode season?”

The answer? Frustratingly little. Whatever momentum Hit & Run builds in the early episodes — and it builds a tremendous amount — basically dissipates due to increasingly dumb narrative developments, two closing episodes of relentless exposition and an ending that would have been shallow and exploitative even if a different Netflix show hadn’t recently utilized the exact same cliffhanger.

The international thriller hails from Fauda creators Avi Issacharoff and Lior Raz, plus The Killing and FlashForward veterans Dawn Prestwich and Nicole Yorkin. You can actually see elements of all those shows in how well Hit & Run establishes and initially executes its premise, but then struggles to find a satisfying resolution.

Raz plays Segev Azulai, an unassuming Tel Aviv tour guide married to American dancer Danielle (Kaelen Ohm). Danielle is about to depart for a big audition in New York City when she gets whacked by a hit-and-run driver and dies. It’s a traffic accident that the grief-stricken Segev is left trying to make sense of, but what if it wasn’t an accident? And what if Segev isn’t just an unassuming Tel Aviv tour guide? What if he has a very particular set of skills that he’s about to employ on a jaunt over to New York City in search of the truth, with the help of strung-out buddy Ron (Gal Toren) and old flame Naomi (Sanaa Lathan), now a journalist?

I don’t think I’m spoiling anything when I say that there’s a wee bit of a conspiracy afoot — nor when I say that if Gregg Henry (Gilmore Girls, Body Double) is playing Danielle’s father, he might have some secrets. It’s a story in which everybody is harboring so many secrets you’re never quite sure which ones are big enough to die, or kill, for.

Fauda has been perhaps the most acclaimed of the recent run of Israeli TV thrillers, and the producers’ proficiency with a difficult genre is immediately evident. Using Tel Aviv as a distinctive setting in which to lay our scene, Hit & Run establishes its core mystery in a hurry and, in Segev, the series has an instantly compelling lead character in the Jack Bauer/Any Character Played By Liam Neeson vein. Raz is effectively brooding and intense, and nobody with an iota of experience with Israeli drama (or Raz’s own biography) will be surprised that Segev’s background includes military training and oblique references to martial misadventures around the globe.

A lot of the developments in the early episodes are somewhat predictable — and necessary for the show to charge forward — but the ostensible surprises, almost without exception, come earlier than you expect. The series’ directors, primarily Mike Barker and Neasa Hardiman, ratchet up the tension by mining the vocabulary of ’70s conspiracy thrillers, from lots of high-angle “Somebody’s watching me!” surveillance shots to a reliance on old-fashioned car and foot chases and hand-to-hand fighting. The retro approach is charming and, it turns out, apt, because there are two or three stunts that require computer effects so perplexingly inept I had to rewind my screeners multiple times to figure out what I was supposed to be processing.

Those blundered effects are in the second half of the season, and they accompany a general unraveling once things get to the United States. The problem is that when the show is following Segev and his quest for vigilante justice, no particular logic is required; he’s a grief-stricken husband, and maybe he’s not thinking clearly so does things that make no sense. But the more the show features “institutions” — cops, prisons, the press — in conflict with Segev, the more it becomes a litany of people doing stupid things for stupid reasons, without the excuse of grief.

Part of that is intentional. There’s a distrust of governments and authority figures in Hit & Run, as well as some half-hearted bits of ripped-from-the-headlines political drama. If Segev could trust anybody in law enforcement, he wouldn’t have to be working with Ron, who suffers from PTSD and is decidedly unreliable. And although he trusts Naomi, everything involving her publication and its editorial process is either shady or silly. Still, distrust of institutions doesn’t justify depicting every bit of the journalistic and police processes as simultaneously stupid and unrealistic, or forcing us to deal with characters who nobody has bothered to even half-write.

Lathan is just fine — the story of how the few American roles were cast is definitely one I’d like to hear — but nothing her character does professionally makes any sense, and she’s saddled with a husband who’s a sneering cipher; if there’s anything the show distrusts more than institutions, it’s men and their baser instincts. There are two NYPD detectives following Segev’s progress through New York City — he breaks a lot of laws — and I wouldn’t know either of their names if I hadn’t been watching with subtitles. Somehow Hit & Run even manages to make subplots involving Mossad seem dull, and there’s another key supporting character with ties to Danielle whom the show keeps cutting back to and whose name might as well be Bathroom Break.

Even if you accept that the chaotic quality of the last three or four episodes is reflective of things getting out of Segev’s control, that shouldn’t be an excuse to abandon rudimentary logic or rely as heavily on cliches as Hit & Run does. And that’s before the various villain characters take up way too much time with clumsy monologuing.

Raz’s harried glowering is never less than convincing, no matter how inconsistently the show treats Segev’s behavior. His is one of the performances that kept me going as my interest in the Hit & Run plot faded. It’s always fun watching Henry play slithery and condescending. I like that Toren brings a tiny bit of humor to the dark series, and his run-down, well-meaning character makes for a good contrast to his recent turn in Apple TV+’s Losing Alice.

My favorite performance is from Moran Rosenblatt as Segev’s cousin Tali, a pregnant detective, an archetype that stopped seeming fresh to me a while ago. Despite having precious little by way of character other than “pregnant” and “devoted family member,” Rosenblatt made me believe that Tali was possibly the most capable and engaging person in the series. Tali isn’t immune to the, “Wait, why are they doing that?” flaws plaguing everybody down the homestretch, but her storyline maintains a fair amount of tension as everything else falls apart.

It all leads to a cliffhanger, so don’t expect resolution after nine episodes. I suspect the cliffhanger will have some viewers — those more willing to suspend disbelief — champing at the bit for a second season and others feeling irritated and manipulated. I was very much in the latter camp.