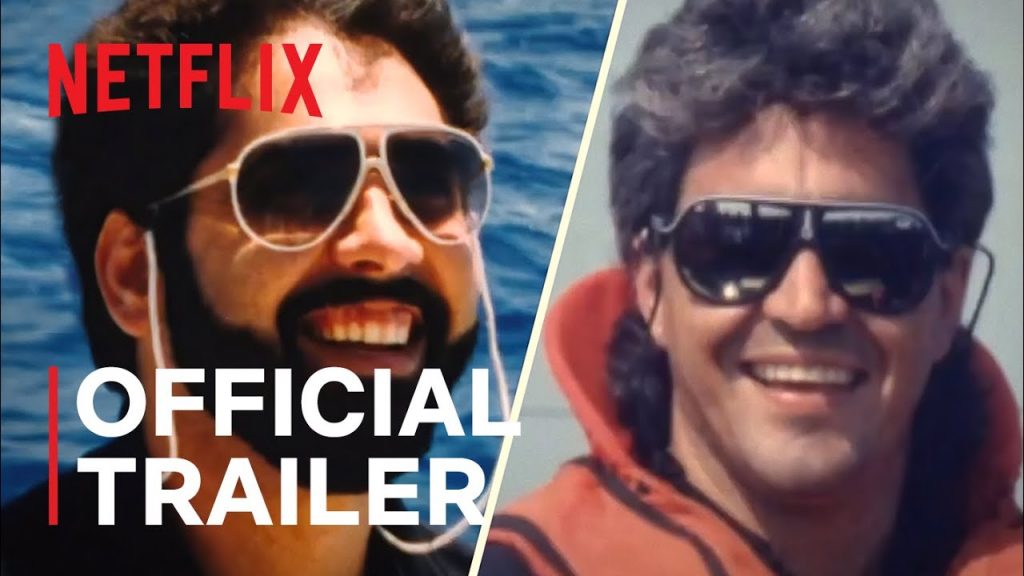 The first episode talks briefly about Malguta and Falcon, whose families migrated to Miami from Cuba, and how Sal was almost always the brains behind whatever they did together and Willy, who was handsome and chatty but not too bright, was the face and voice. Sal’s ex-girlfriend, Marilyn Bonachea, talks about how they met and how he’d trick his parents, who didn’t speak English, by saying all the “Fs” on his report card stood for “Felicidad”, despite never attending class.

As the story of the two careens forward, we get a glimpse of their org chart, and people who acted as pilots, dealers and other important members of the team talk about the pair, along with Jorge Valdes, the kingpin that trusted the pair with his operation when he was hauled to prison.

Like Valdes talks about, Sal was especially eager to live a life different than his parents, who owned a bakery, worked hard, and just scraped by. After starting with dealing a few ounces of weed here and there, they quickly graduated to the more portable coke, working their way into Valdes’ trust. When he challenged them to sell a “leftover” 30 klios in a short period of time, they brought in millions of dollars in the span of a few days.

Willy and Sal, and the people who worked for them in Miami and later Los Angeles, didn’t know what to do with the millions in cash they were getting. One of their traffickers, “Pegy” Rosello, talks about having millions of dollars sitting in a box in the closet of his bedrooms in his parents’ house. Willy and Sal spent wildly and conspicuously, not the least of which was on the champion boat racing team that was often featured on ESPN and other cable networks.

They kept getting busted, in both cities, but kept wriggling free and jumping their bond. In Miami, they were sentenced to 14 months for trafficking but their lawyers delayed their sentences for years by endlessly appealing it. Even when the feds caught up to them in Miami — thanks in part to someone in LA seeing them racing boats on TV — Sal Magluta paid someone off to get him out of jail, even though he was supposed to serve out that 14-month sentence.

Certainly, the people describing the “glory days” of Sal and Willy’s operation — which got them the moniker of “the most prolific drug traffickers” in the nation’s history — aren’t looking at those days with remorse or guilt. Their view of it is more nostalgic than anything else. But Corbin’s goal isn’t to show how Magluta and Falcon quickly rose to the top of the drug trafficking heap in South Florida. It’s to show how they operated when they were at the top, what they did when the feds closed in on them, and how they conducted themselves during and after their trial.

It’s why the first episode felt fast and perfunctory. These two guys have such a convoluted history of beating the rap, even after finally standing trial for their operation, that setting up how they got to that stage is going to end up being a speedy process. The first episode seemed to be a blur of vignettes about how the two of them faked it until they made it, until the point where they were flamboyantly spending their millions, getting snagged by law enforcement, and consistently escaping any major prison time.

We often complain that docuseries take six hours to tell three hours of story, which leads to a lot of filler. Here, it feels like there’s about eight to ten hours of story, squeezed into six 45-50 minute episodes. So as we speed through Sal and Willy’s rise, we don’t get too deep of a look at the conditions in Miami that led to such massive operations to exist, and how relatively uneducated guys like Sal and Willy could quickly rise to the top of that operation.

We’re not asking the show to be some sober treatise on the war on drugs, though. The theme song by Pitbull and the constant Latin beat that pulsates in the background drives the attitude of the show, which is about how these two guys managed to stave off prison time for so long. So there is a tone of admiration and amazement to all of the interviews, which matches the upbeat soundtrack. Corben doesn’t position this as some dark, scary, noirish true crime series, and that is refreshing.

One thing we wish we could have seen was interviews with Magluta and Falcon. Falcon was deported to the Dominican Republic (not his native Cuba), and Corben doesn’t know his whereabouts. But Magluta is in a Supermax in Colorado; the fact that Corben didn’t get a chance to talk to him makes the show a bit less dynamic than it should be, given its pacing and tone.