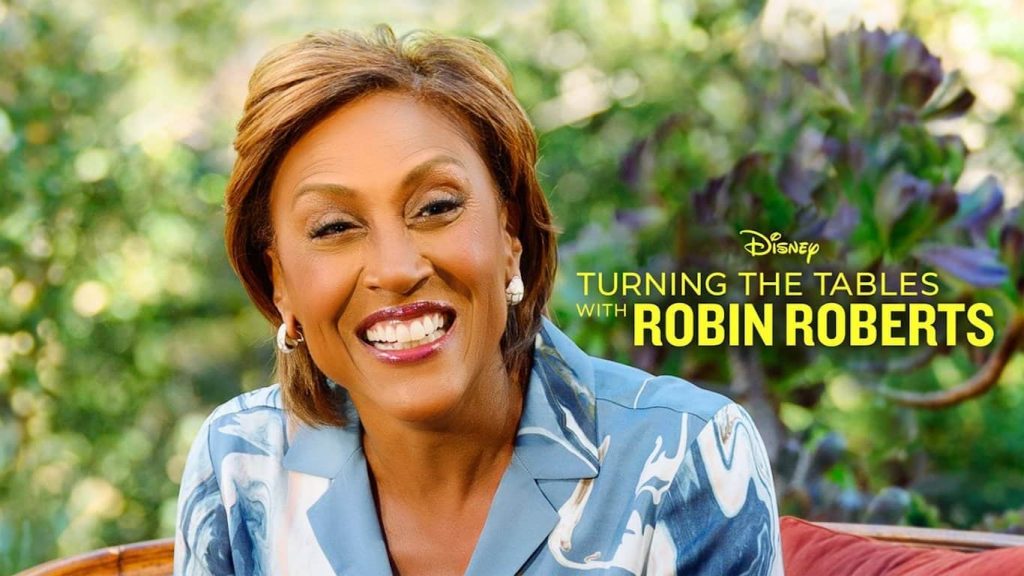 Robin Roberts has been gracing our television screens for decades now; from ESPN to Good Morning America, Roberts has easily earned a spot among our greatest broadcasters. The legend is trying something new with Turning the Tables with Robin Roberts, a unique talk show that sees Roberts sit down with groundbreakers for open discussions about life, love, and everything in between.

“Something really special happens when women connect,” says Robin Roberts, as she pours tea for a group of women lounging around a coffee table. These women are Grammy-nominated country artist Mickey Guyton, tennis legend and activist Billie Jean King, and beloved performer Jamie Lee Curtis. The group discusses their respective career beginnings, hurdles, and inspirations – King made a promise to herself at a young age that she would champion equality – and share their wisdom with one another. Guyton, the youngest in the group, opens up about the racism she’s faced in the country music industry, and the constant battle to be treated equally.

The women naturally go back and forth about finding their purpose, as King shares what it was like to be outed and lose all her endorsements in the ’80s, and Curtis discusses how she was able to steer her career away from her scream queen roots and open up a slew of new doors for herself. Roberts also puts herself out there, choking up as she recalls her illness and the loss of her mother, and the way it’s shaped her. They all want to do good in this world in every way they can, and opening up this line of dialogue feels like a good start.

Most talk shows today are fueled by big news stories, piping hot tea, or drama between co-hosts; it’s rare to see a setup that encourages positivity and light, one where the guests are there to learn about one another in a more casual environment. That’s the magic of Turning the Tables with Robin Roberts, an occasionally cheesy but incredibly big-hearted series hosted by the legend herself. There’s no “catch”, no bombshell, no tension, just a group of women opening up about their lives and sharing their hard-earned wisdom with one another. It’s unbelievably refreshing to be able to watch a conversation unfold in this way.

Roberts feels like the perfect host for something like this, a familiar face due to her years on air, and a resilient presence who has her own tales to bring to the table. As the title of the series suggests, there’s no real strict format when it comes to the interviews; Roberts herself is often asked things by her guests, and the tables are constantly turning as the group organically carries on conversations and wants to know more about each other. Selecting a group with the fascinating, unique backgrounds that Guyton, King, and Curtis have to offer is the first smart thing Turning the Tables does, and their good choices only continue from there. Things might get a little saccharine when the series tries too hard to pull quotes or theme certain segments, but the soul of the series shines through regardless. It’s lovely.