Hello, Goodbye and Everything in Between 2022 Movie Review
Skip to content 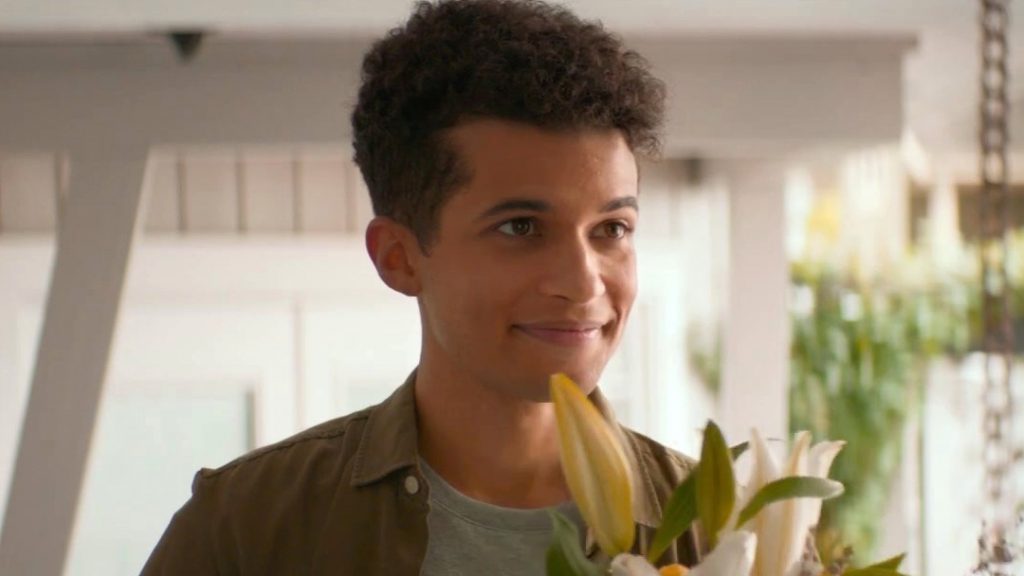 This summer marks four years since Netflix released To All The Boys I’ve Loved Before, a smash hit that created in-house stars out of leads Noah Centineo and Lana Condor, near single-handedly cemented Netflix’s revival of the romcom, and generated sweet movie magic the platform has been chasing ever since. The two franchise sequels and similar YA entries, such as this May’s Along for the Ride (written by To All The Boys scribe Sofia Alvarez), have struggled to recapture the charm of the original, in large part because charm by nature cannot be manufactured.

Which makes it surprising, as someone who has viewed many of these attempts, that Hello, Goodbye and Everything in Between, the latest Netflix YA summer romance from TATBILB producers and starring TATBLIB veteran Jordan Fisher, mostly delivers where the others have fallen short. The central romance clicks, the alchemy amounts to more than the sum of its parts and the taut narrative clocks in at a breezy 82 minutes. The script’s reference-heavy banter, from Ben York Jones and Amy Reed based on the 2015 novel of the same name by Jennifer E Smith, is more than halfway believable. There are frustrating limits to the world the film portrays – affluent and aspirational suburbia, a very narrow and overrepresented slice of the American teenage experience. But within the confines of that worldview, it nails the heady delusions and all-consuming neuroses of adolescents on the brink of change, largely due to two very winning performances from Fisher and co-star Talia Ryder.

Fisher, also an executive producer, plays Aidan, the child of two doctors pressured to follow in their footsteps. In the course of 10 convincing, impressively efficient minutes, he falls for Ryder’s Clare, a fellow senior and child of divorced high school sweethearts who has moved back after living elsewhere. They meet in November, and she asserts that she does not want a boyfriend when starting college; they kiss anyway, and agree to freefall until the hard deadline of her departure. A montage from their first kiss through graduation and other milestones (it’s nice, given Netflix’s relatively sexless handling of YA, to have two characters repeatedly fall into an actual bed) crash-lands us in August, on the eve of their planned breakup.

The rest of the film follows their final, grand date, which of course devolves from mutually agreed upon romantic goodbye to the painful tangle of emotions Clare hoped to avoid. There’s inevitable heartache and trepidation for the future, along with some B-plot hijinks from friends Scotty (Nico Haraga, playing essentially the same stoner-y goof with a heart of gold as in fellow teen movies Booksmart and Netflix’s Moxie) and Stella (Ayo Edebiri, playing a less mature version of her sardonic character on The Bear, this summer’s surprise TV hit).

Hello, Goodbye and Everything in Between, directed by Michael Lewen, doubles down on the TATBILB aesthetic – atmospheric pop music, skirts and crop tops, bottled chemistry fizzing with naturalistic ribbing, enviable homes in the Pacific north-west, the specter of faraway elite colleges, a racially diverse cast, wholesome parties where no one actually gets drunk. As with its relative, the film successfully targets the emotional dissonance of being a teenager in the suburbs – chaotic and wildly intense emotions in a stable, fundamentally conservative environment.

Ryder, who impressed as a teen assisting her cousin get an out-of-state abortion in the somber indie drama Never Rarely Sometimes Always, makes Clare’s breakup plan seem less like an awkward plot device and more like the genuine response of a person at once scared, confused and awed by the future. Doe-eyed and near-trembling with emotion, she radiates internal tension and believably contours very teenage logic – to confuse denying one’s feelings for maturity, to mistake arbitrarily ending things for independence. Fisher, a more forced actor playing a more suave character, still manages to match her naturalism. The two have an easy intimacy; you never doubt that Clare and Aidan do love each other, in an 18-year-old way, and that that way very much counts.

Hello, Goodbye and Everything in Between works because, not despite of, this earnestness – as corny as it can be, as formulaic as the beats sometimes are, as ridiculous as Clare and Aidan’s situation may sometimes seem, it never loses sight that their feelings matter. The film never punctures the sanitized surface of its aesthetic, but it does dig into the specifically teenage delusion that you can avoid the messiness of endings, that you can throw yourself into deep feelings and emerge unscathed. That you can control emotions, that you can avoid getting hurt. It accomplished what few of its peers have been able to do: make me believe in a teenage romance, actually remember the confusion of growing up and feel satisfied with an ending that points to an open-book future.